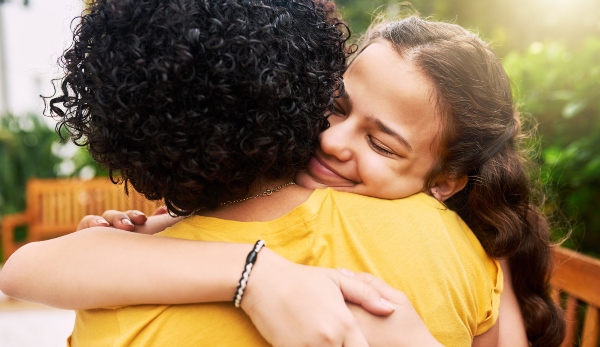 Researchers found that when adolescents reported a positive family climate and their parents using more effective parenting strategies—like providing reasons for decisions and refraining from harsh punishments—those adolescents tended to go on to have better relationship problem-solving skills and less-violent romantic relationships as young adults.

The findings, which appear in the Journal of Youth and Adolescence, offer insight into how early family relationships can have long-term impacts on young adult romantic relationships, says Mengya Xia, a graduate student in human development and family studies at Penn State.

“During adolescence, you’re starting to figure out what you want in a relationship and to form the skills you need to have successful relationships,” Xia says.

Xia says the ability to form close relationships is an important skill for adolescents and young adults to learn. Previous research has found that when young adults know how to form and maintain healthy relationships, they tend to go on to be more satisfied with their lives and be better parents.

For the study, researchers recruited 974 adolescents. At three points in time between sixth and ninth grade, participants answered several questions about their families and themselves. They reported their family climate (if they tend to get along and support each other or fight often), their parents’ discipline strategies (how consistent and harsh they were), how assertive they were, and if they had positive interactions with their parents.

When the participants reached young adulthood, at an average age of 19.5, researchers asked them about their romantic relationships. They answered questions about their feelings of love for their partner, if they could constructively solve problems in the relationship, and if they were ever violent with their partner, either physically or verbally.

The researchers found that a positive family climate and effective parenting in adolescence were associated with better problem-solving skills in young adults’ romantic relationships. Additionally, kids who had more positive engagement with their parents during adolescence reported feeling more love and connection in their young adult relationships.

“I think it was very interesting that we found that positive engagement with parents in adolescence was linked with romantic love in early adulthood,” Xia says. “And this is important because love is the foundation for romantic relationships, it’s the core component. And if you have a predictor for that, it may open up ways to help adolescents to form the ability to love in romantic relationships.”

The researchers also found that a more cohesive and organized family climate and more effective parenting during adolescence was associated with a lower risk of violence in young adult relationships.

“Adolescents from families that are less cohesive and more conflictual may be less likely to learn positive-problem solving strategies or engage in family interaction affectionately,” Xia says. “So in their romantic relationships, they are also less likely to be affectionate and more likely to use destructive strategies when they encounter problems, like violence.”

“In the study, we saw kids who were more assertive had better problem-solving skills in their later relationships, which is so important,” Xia says.

“If you can’t solve a problem constructively, you may turn to negative strategies, which could include violence. So I think it’s important to promote constructive problem solving as a way to avoid or diminish the possibility of someone resorting to destructive strategies in a relationship.”

Other researchers from Penn State and from the University of North Carolina at Chapel Hill participated in this research.

A version of this post was previously published on futurity.org and is republished here with permission from the author.