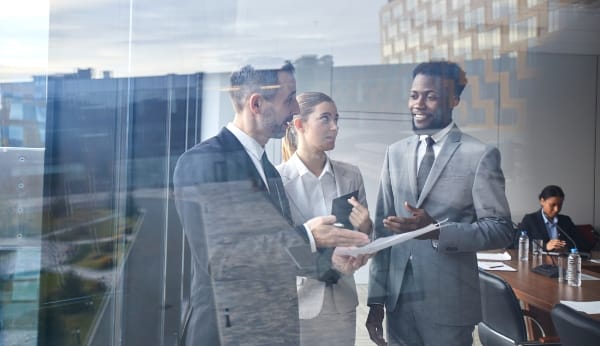 A month ago, a male friend of mine – a university professor – told me that the topic of gender equality should be discussed in a manner that is ‘non-threatening to men’. My answer to him was ‘when you are accustomed to privilege, equality feels like oppression’.

In fact, women are rated higher in 12 of the 16 competencies that go into outstanding leadership. Yet, they are conspicuously absent from leadership positions.

Last week, I walked out from a high-level meeting where 17 men were speaking. When I questioned the absence of women, I was told that “there are many women presenting at technical sessions, imbalance appears only in high-level plenaries”.

Lack of women at the top

The International Labour Organization reports that, in 2015, women made up less than five per cent of the top leadership roles in multilateral corporations. Women were found in large numbers in low level positions.

I work with the Least Developed Countries (LDC) Group – the 48 poorest countries in the world – at the UN Framework Convention on Climate Change (UNFCCC) negotiations. Women in the poorest communities in these countries are among the worst affected by climate change impacts because they depend on climate-sensitive resources for their livelihoods.

In the global climate negotiations, the LDCs that represent the poorest segment of the international community fight for equity, justice and equality.

While their main priorities are adaptation and reducing their vulnerabilities, the group has recently championed a more ambitious maximum temperature rise target of 1.5˚C, worked with allies to ensure that the Paris climate agreement has the highest legal rigour under international law, and fought to ensure it is dynamic.

All 48 LDCs submitted their Intended Nationally Determined Contributions to the Paris Agreement, many with quantifiable and unconditional emissions reduction targets, even though these were not required from LDCs.

Over the last decade, their leadership and forward-looking approach has made the LDC Group a powerful negotiating force and a progressive alliance in UNFCCC negotiations. Yet, this leadership quality is not demonstrated when it comes to the gender equality concerns.

Despite their recognition that women play a critical role in responding to climate change and despite the fact that including women at leadership level has led to improved outcomes, women are discernibly absent from the group’s positions of power and decision-making positions.

In its 15-year existence, the group has never had a woman as group chair.

In the 24-year history of the UNFCCC, only three LDC women have held leadership positions on any subsidiary or constituted body. Only 11 out of 48 countries have a woman focal point on climate change. Women continue to be outnumbered by men in the LDC Group coordination positions, with just two women coordinators currently, compared to 20 men.

Some governments’ conscious decisions to include more women in their delegations have improved women’s participation to some extent. Women’s participation in the Malawi delegation has steadily increased from 12 to 34 per cent since 2010. Yet, once nominated, few women reach the higher positions.

Showing leadership, but not on gender

Much work is clearly needed to ensure women have more opportunities to lead in the UN climate arena (and in other forums). At technical level in the UNFCCC negotiations, the LDC Group has an opportunity to be a vocal and visible force through the Lima Work Programme on Gender, which is due for review at COP22 in Marrakech. This is intended to advance gender equality mandates across all areas of the climate negotiations.

Efforts must go beyond a mere work programme. The LDC Group’s lead coordinator on gender equality, Stella Gama, has proposed setting up a ‘Gender Plan of Action’ that identifies and implements gender equality goals and objectives with targets, monitoring and adequate resources.

She argues that concrete steps must be set out for all parties to advance gender equality, not only in terms of increasing women’s leadership and participation at the UNFCCC, but also in the design and implementation of climate change policies and programmes.

But it is time for the LDCs to be more proactive in getting women in more leadership positions. Perhaps the next LDC chair, to be nominated this month, could be a woman?

Men in the LDC Group must be more proactive too. After all, as Stella quotes, “it must be he for she”.

Achala Abeysinghe ([email protected]) is an expert on legal issues in international climate change negotiations. She is currently legal and technical adviser to the chair of the Least Developed Countries Group for the UNFCCC. This blog was originally posted by CIDSE.

A version of this post was previously published on iied.org and is republished here with a Creative Commons License.