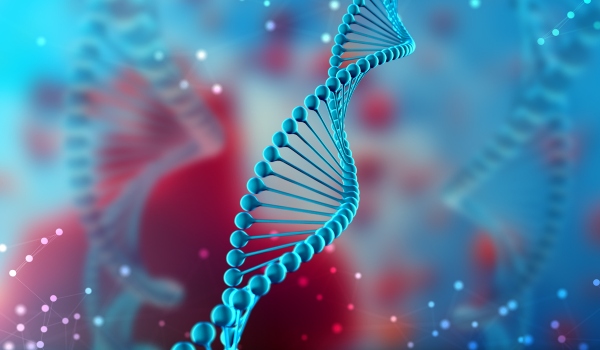 The ability to read genomes has transformed our understanding of biology. Being able to write them would give us unprecedented control over the fabric of life.

Rapid advances in DNA sequencing and gene editing technology mean we are now truly in the age of genomics. For a few hundred dollars, genetic testing companies will give you a detailed rundown of your ancestry and susceptibility to a host of diseases. The first genetically modified humans are about to turn one.

The advent of CRISPR in particular has given us the ability to tweak DNA with incredible precision, but we’re still largely restricted to switching specific genes on and off or swapping one gene for another. The field of synthetic biology wants to change that by bringing engineering principles to biology.

But there’s a long way to go, and a group of leading geneticists have now laid out the technology roadmap required to get there, published last week in a policy paper in Science. Here are the four areas where we need to step up our game.

The ultimate goal of genetic modification is to produce a change in the phenotype—the outward characteristics—in the target organism. But most complex traits are the result of a complicated interplay between multiple genes and an organism’s environment, so mapping how DNA tweaks will translate into desired attributes is challenging.

Large-scale genome design will require computer programs that can do this accurately and efficiently. While projects like Synthetic Yeast 2.0 have made the first steps in this direction, the field needs to build complex new models that can predict the results of changes to the genome sequence.

These could still be decades away, but using machine learning to mine the wealth of biology data in public databases could accelerate them. Programs that can automate the design of experiments to cut down the number of rounds of design will also be required, as will the adoption of common data standards to enable collaboration.

We’ve been able to synthesize DNA for decades, but the most common approach is restricted to short sections of DNA just a few hundred base pairs long. Building entire genomes requires long sequences of several thousand base pairs, so currently scientists rely on a laborious and error-prone process of stitching many smaller DNA sections together.

Large-scale genome engineering will require much faster, cheaper, and more efficient methods for DNA assembly. One nearer-term possibility is designing new enzymes that can reduce the number of errors and therefore boost the yield of the process. But in the long run, new technologies that can produce long and accurate sequences offer far more potential, and there are some promising enzyme-based approaches that may fit the bill.

While our gene-editing prowess has come a long way, we still struggle to make widespread changes to a genome simultaneously. If we could develop this capability, it could significantly decrease the amount of time it takes to modify organisms and even sidestep the need to build genomes from scratch.

This will mean finding ways to prevent the multitude of guide RNAs (the homing devices that tell CRISPR where in the genome to make changes) required for simultaneous edits to multiple genes from interfering with each other.

It will also be necessary to create libraries of tools for making changes across the genome and “accessibility maps” that highlight how efficiently different targets can be altered. These will make it easier for scientists to plan where to make changes to achieve their desired results and form the basis of predictive computer models that can streamline the process.

DNA is more than just a string of genes; it’s packaged into chromosomes, whose number and shape vary across species. Our ability to assemble and manipulate these chromosomes is still rudimentary.

Most efforts so far have relied on yeast to do this for us, and it has been able to deal with viral, bacterial, yeast, and algal chromosomes, as well as fragments of mice and human genomes. But engineering more specialized artificial chromosomes looks to be beyond yeast, so we need to find newer, more flexible organisms that can do this.

Transplanting these chromosomes into the target organism is also a major bottleneck. Techniques like cell fusion and microinjection show promise, but require funding for multidisciplinary work to bridge the gap between microfluidics research and molecular biology. There’s also a need for greater understanding of the fundamental forces that govern the architecture of chromosomes and how they interact.

Achieving all this could take decades, and will require the same kind of massive cross-disciplinary effort seen in the Human Genome Project. It will also require concerted government funding and close involvement of the private sector if it’s going to become a reality. But the benefits of harnessing the ability to write genetic code from scratch could be enormous for the biomedical, pharmaceutical, agricultural, and chemical industries—and for humanity as a whole.

This post was previously published on singularityhub.com and is republished here under a Creative Commons license