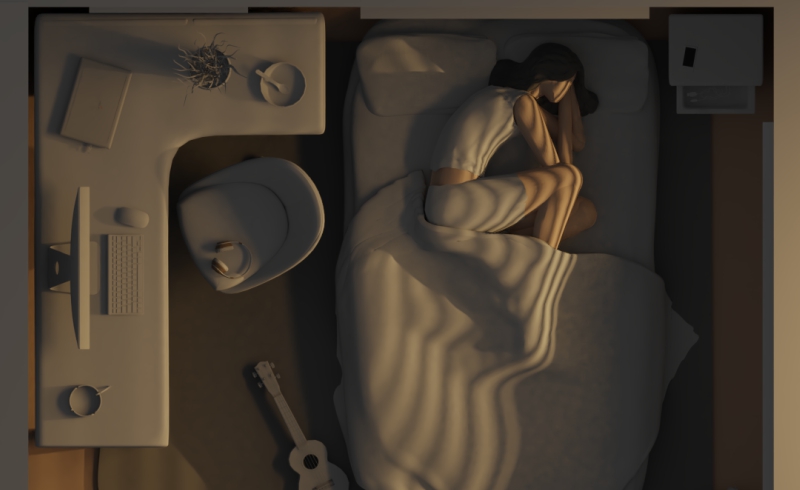 So many unsaid things on the tip of my tongue. I find myself carrying old mistakes with me even into new days, it gets heavy without me even realizing what’s weighing me down. And he always there.

We’ve met on Tinder, we are all fine. I’m single and he’s either, I don’t want a relationship with him and vice versa. When it comes to our first date, he decided McDonald’s. I went to McDonald’s. I was waiting for him for about 45 minutes, he’s late. He had a problem with his motorcycle and I’m just fine enjoying my soft serve McDonald’s ice cream and the french fries, no rush.

My phone was ringing, he’s outside and asked me to leave because he doesn’t want to eat. He said we can hang out at his place with a glass of wine, some chips or we can order foods online. All right, as you wish. I’m going to the outside and tried to find this adolescent who is trying to waste my time.

I’m stock-still when I saw his broad smile, it was so full and warm. I don’t even know why he looks so happy at that time. He apologizing about his flakiness and stuff, I said I’m fine. Of course, I’m fine. He’s is three years younger than me, so I can’t be complaining about the unstable periods of his life, I used to be there. And finally, we have arrived safely at his place.

“I’m a social media manager at the advertisement agency, somehow marketers or whatsoever.” — I replied

“Sounds so fun, I wish I could be like you someday. Actually I’ve been building a design studio with my friends a few times ago but it ceases.”

“I’m a designer and mostly into 3D design lately”

Low key, he is an artist. His works are amazing but his insecurities wrapped himself I guess, but I don’t care its not my business (at least at that time). Until we have a deep talk. As a Tinder date, he was so curious and seems so excited every time I share my personal story or just work experiences. Maybe it just appears this way because he is younger than me.

And his room surprisingly impressive. A small room with Scandinavian style, well-organized wardrobe, a tiny plant for ornament and it’s so clean and neat for a young 24 years old celibate. And his room smells like heaven.

I take a seat on his swivel chair and feel so comfortable being in his room. He was playing lo-fi music on his computer, show me his favorite singers and songs and when it comes to my turn to shows mine, I was playing Between The Bars by Elliott Smith.

“This song is so soothing, how you know this song?” — he asked

“From the movie, Stuck In Love” — I replied

We couldn’t find a free site for streaming the movie so we ended up with music from youtube. He was playing Jungle from Tash Sultana, he really has a good taste of music. And we know what happens hereafter. He is a very good kisser. His gesture was so easy to turn me on, he is so gentle and I can’t believe he is younger than me.

He was doing great sex aftercare, he cleaned up all the fluids on my body, he kissed my forehead and slept on my chest. I’m bemused when he said, “thank you, you are beautiful and it was really great.” I couldn’t sleep that night. Is he my Tinder date?

I thought it will be the first and the last time we meet. I’m rushing in the next morning, my flight was at 10.00 AM then he drove me to the airport. I think I was right because he didn’t text me afterward but then again I was wrong.

Long story short, we’ve become a roommate. We were living under the same roof for almost a year but we are not engaged. We are liked each other but we don’t want a relationship and don’t need it either.

“Why were you willing to live with me?” — I asked.

“I like you too, I mean this feels so weird and sometimes confused me. We were having sex, I cooked you a meal, you brought me presents and it’s like we were pretending to be a couple but we are not.”

“I don’t know where we going.”

“I don’t want to get married.”

Dealing with a younger guy maybe leads you to something unpredictable. Is he ready or not? this is love or lust? actually, what is it? I couldn’t blame him, he’s just doing normal things. Get laid without any responsibilities (we’ve always used a condom), no commitment, no promises, no jealousy, nobody hurts.

The thing I found out is, I will never be enough for him and vice versa. But we are trapped in a comfort zone. We don’t want to lose each other but, we don’t know where we going.

I used to open Tinder regularly until I met this guy.