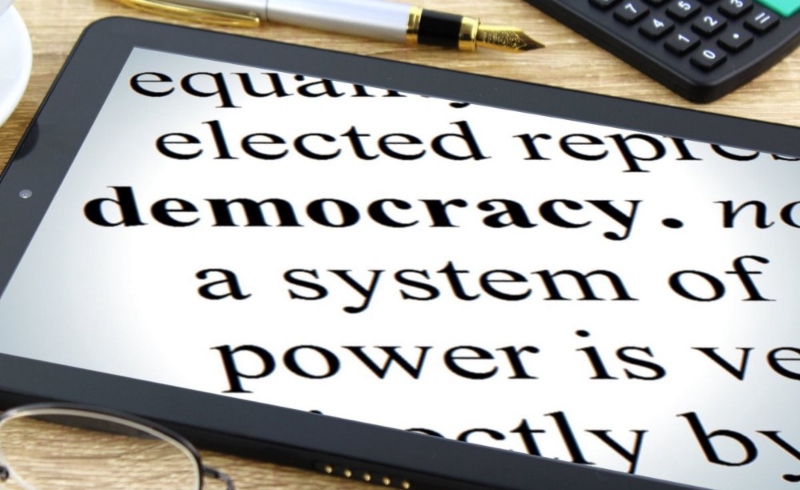 —
After canvassing a panel of experts, the Pew Research Center concludes that the impact on democracy in recent years of technological change is unclear, and that 50% of its sample believe that fake news, distortion, manipulation, falling newspaper sales and the development of monitoring systems all point to a bleak prognosis.

The growth of social networks and new communication systems has already impacted democracy, creating environments where candidates able to invest in propaganda and manipulation have a greater chance of winning. Billionaire Mike Bloomberg’s massive “experiment” with Instagram’s influencer campaigns has even led Instagram’s owner, Facebook, to impose transparency rules on these types of campaigns, while more responsible companies such as Twitter have suspended the accounts of those involved, accusing them of misusing the platform.

Facebook’s performance in matters electoral, and in particular to this year’s US presidential elections, which faces the risk of being manipulated as in 2016, needs to be looked into. It would seem that the prospect of a Democratic Party victory, many of whose candidates are advocating tougher regulation of technology platforms and possibly even breaking them up, terrifies the company such that it prefers to allow the Republican Party and Donald Trump to continue misusing it. Complaints from politicians like Nancy Pelosi, who accuses the company of collusion with the administration, reveal a massive, multi-billion dollar advertising campaign to get the incumbent president re-elected, culminating in the exclusive booking of campaigns on YouTube during the last days of the campaign and on voting day itself.

Such initiatives clearly demand regulation of the use of electoral propaganda in media like social networks that allow for micro-segmentation. Election campaigns misuse the reach of these types of media, effectively turning them into tools for mass manipulation of the electorate by foreign governments or the likes of Cambridge Analytica, in what amounts to a control of democracy by those with the money to bankroll their activities.

And if regulation turns out to be too difficult, then electioneering on social media should simply be banned: Facebook should have no say in the matter. If Google or Twitter decide to eliminate campaign material from their platforms while Facebook refuses to act responsibly and remove material that is blatantly untruthful, then it should be broken up and put under regulation.

Adapting democracy to the new technological context is one of the greatest responsibilities we face as a society, and in order to do this, it is better to do it by excess than by default, better to go overboard than to fall short. Pessimism about the effects of technology on democracy overlooks one fundamental factor: technology cannot be uninvented, only regulated, and only to a certain extent. Which means we have to act now to limit the damage it can do. The 2020 US presidential election campaign could be the perfect showcase.

Previously published on Medium.com and is republished here under permission.