Reconstructing the climate over the last 11,000 years shows that the earth was once warmer than it is now – but that it would still be cooling today without the influence of greenhouse gases. 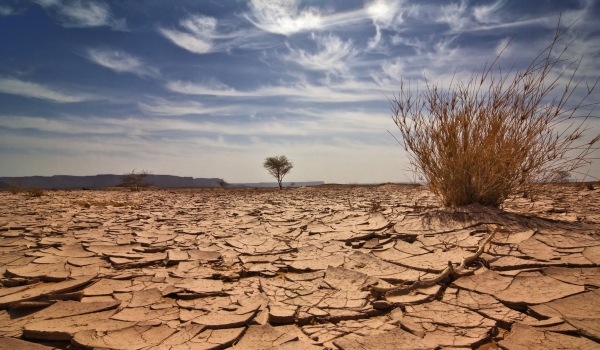 LONDON – US scientists have checked climate history for the past 11,300 years and come to one comforting conclusion. It has been warmer in human history, but those long hot summers happened long before the invention of cities, empires and scribes to record them. But soon all records will be broken: by 2100, when global temperatures will be higher than at any point since the end of the last Ice Age, according to a study in the journal Science (see EurekAlert! for the release). Shaun Marcott and colleagues from Oregon State University and Harvard University decided to look once again at the big picture. They examined reconstructions of past climates from fossil data, along with isotopes from terrestrial and marine sediments, from 73 sites around the globe, and tried to assess the main trends of climate change from the beginning of the Holocene – the geologists’ label for the epoch in which we now live. They chose to go as far back as possible in time across a wide range of locations, because there are always arguments about the reliability of readings from, say, tree rings, or indirect evidence from European monastic or naval records in the past 1500 years. These suggest an unprecedented warming, but the researchers felt that a clearer picture should emerge over a longer timespan.

“When you look at just one part of the world, the temperature history can be affected by regional climate variations. But when you combine the sites from all around the world, you can average out those regional anomalies and get a clear sense of the Earth’s global temperature history”, said Peter Clark, a co-author. They found that, for the first 5,000 years after the end of the Ice Age, the world warmed by about 0.6°C. Then from about 5,500 years before the present to just 100 years ago, there was a slow cooling of about 0.7°C, reaching a low point during the so-called Little Ice Age, when Londoners held “frost fairs” on the frozen Thames. This cooling, the researchers say, is linked to a 2°C temperature change in the North Atlantic. Such changes were almost certainly linked to cycles in the Earth’s orbit and to changes in the planet’s orientation that affect the levels of sunlight hitting the northern hemisphere. “As the Earth’s orientation changed, northern hemisphere summers became cooler, and we should almost be near the bottom of a long-term cooling trend – but obviously, we are not”, said Dr Marcott. The world should, in other words, still be in a cool phase. But in the last century, global temperatures have increased rapidly: from very nearly the coldest to the warmest levels of the Holocene. The only variable that can explain the rise is the rapid increase in carbon dioxide emissions due to human activity (see our story of 6 March, Coal triggers carbon level rise). And although the world is now warmer than it has been for most – but not all – of the last 11,300 years, by 2100, according to virtually every climate model, average global temperatures will be higher than at any time since the end of the Ice Age. – Climate News Network