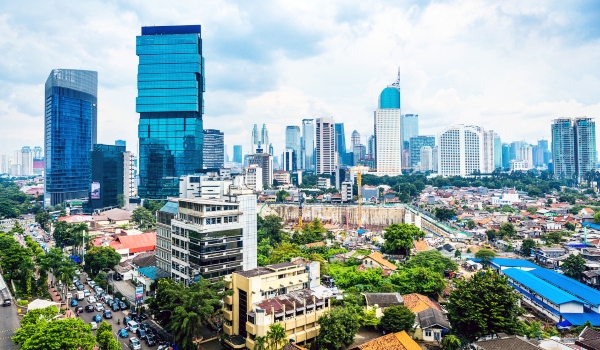 What are the causes of inequalities in access to water in Jakarta?

In trying to answer this, scholars, journalists and activists often pinpoint the city’s centralised piped water network as the culprit behind water inequalities.

Scholars describe the piped network as the physical manifestation of the social relations of power structuring access. They argue that piped infrastructure “fragments” the city, hardwiring its spatial inequality.

But, while it is true that the poorest residents of the city are not connected, neither are the richest. Middle–income and lower-middle-income residents represent the largest consumer groups for both Palyja and Aetra, the two water operators in Jakarta, according to 2014 and 2015 data from Jakarta’s water regulator.

More than 60% of Jakarta’s residents rely on groundwater. This provides nearly two-thirds of the city’s water consumption, around 630 million cubic metres out of 1 billion m3/year.

Piped water has never provided the majority of water for the majority of Jakarta’s residents. It is almost always used in combination with other sources, either groundwater or bottled water.

To explain inequalities in access to water in Jakarta, examining the flows of groundwater, wastewater and piped water can provide a better answer than looking at the fragmentation of the piped water network.

Powerful pumps in rich neighbourhoods draw huge amounts of deep groundwater. This leads to land subsidence. When the ground sinks, the risk of flooding increases. Whenever flooding occurs, floodwater and wastewater contaminate piped and groundwater supplies in low-lying coastal areas.

The result is that the city’s poorest residents, living on the most marginal land, experience higher exposure to flooding and poorer quality water. At the same time, they often don’t have enough money to invest in household water treatment technologies or to buy packaged drinking water.

Meanwhile, wealthy households and businesses often choose to disconnect themselves from the piped network system when they set up powerful pumps to extract deep groundwater for their own water supply.

The ability of wealthy households and businesses to opt out of centralised water supply limits the possibility to cross-subsidise either water consumption or water connections for low-income areas and households.

Jakarta’s experience shows that inequalities in access to water go far beyond the presence or absence of a piped network.

Europe is not the world

In looking beyond piped water networks to understand how water inequalities happen, we joined a movement in the scientific world “to world”. Across science, “to world” theory means to challenge the assumed universality of theories derived from experiences in Europe.

Our theoretical intervention is academic, but the consequences and concerns driving our analysis are not. We found the poor are more exposed to risks of environmental hazards in cities in the developing world in which neither water nor nature are wholly contained by infrastructure.

This means that to reduce inequalities in access to water we need to look beyond the network to develop more meaningful policy responses.