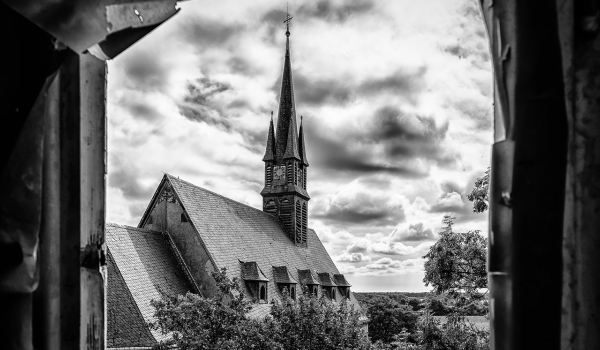 It has been over a year since I last went to church.

I am not alone.

In the USA, around three and a half thousand believers walk away from the Christian church every single day. According to the online publication The Christian Century, in the USA an average of nine churches per day shut their doors for good.

Yet, according to Barna over 70% of Americans still identify as Christians. It is a statistical anomaly that deserves some reflection. Why have so many professing Christians abandoned the institution that supposedly represents their belief system?

Many church leaders have convinced themselves that the mass exodus from their churches is somehow the fault of those leaving. They are back-sliders! Their faith is faulty. What they believe is misguided. And, to be honest, when your own job is at stake, it is understandable that you might deflect the blame away from yourself and the system that puts food on your table.

But facts are facts. Many Christians have lost faith in the church system and yet, they have not lost faith in their God. They have embraced a different kind of Christianity — one that doesn’t include the institutionalized church.

Much has been written about this phenomenon and as I have reflected on my own post-church experience, I have come to some to personal conclusions about factors that I believe are contributing to the church exodus.

There is plenty of evidence to support this view.

However, there is a growing number of Christians who, not only sympathize with the LGBTIQ+ community but want to be supportive. It is difficult for such Christians to be perceived as supportive of their LGBTIQ+ friends while still attending the institution that condemns them. Sure, many churches these days may say, “We welcome members of the LGBTIQ+ community,” but when you get down to the details, you’ll find that they aren’t welcome to participate fully in the life of the church (in leadership positions for example), and are treated as objects of suspicion and scorn, if not overtly, then just beneath a thin veneer of forced niceness and fake smiles.

Many Christians are uncomfortable with the marriage that seems to exist between the church and the conservative side of politics. It is a well-established fact that white, evangelical protestant Christians overwhelmingly support Donald Trump and his presidency to the point where “Evangelical Christian” has become a kind of synonym for “Trump Supporter.”

In my home country, Australia, I believe that the more progressive political parties often have ideas more aligned with the compassion and grace that Christianity is supposed to espouse, particularly in matters pertaining to welfare, foreign aid, equality, asylum seekers and the environment. Yet, it is kind of an unwritten rule that Christians should vote for the conservatives.
Yes, I have had friends walk away from the church because they can’t reconcile why the church supports political parties that turn away the refugee and oppress the minority.

Yes, believe it or not, gender equality is not a thing in many churches. Many churches use obscure biblical texts removed from their cultural context and apply them to our modern 21st-century church. “I do not permit a woman to teach or exercise authority” (1 Timothy 2:12) is a favorite of the gatekeepers of the misogynist boy’s club that is church leadership.

Don’t get me wrong… there are certain Biblical laws that should be applied verbatim — Moral laws like, “Thou shalt not steal,” is a good example. But, when you take cultural law that is clearly intended for a particular culture in a particular place at a particular time and apply it to now, you end up becoming an oppressor. Or, as my theology lecturer used to say, “If you take a text out of context, you’re left with a con.”

I remember at my last church at a board meeting (all men of course), there was a decision that needed to be made that required some legal advice.

“What a pity we don’t have any lawyers who come to our church that we can ask,” said one of the board members.

“True,” replied the board member, “What a shame she is the wrong gender.”

Sorry, but I won’t be taking my daughter to a church where they are treated as second class citizens in the Kingdom of God. If you want to read more about my thoughts on this, check out this poem.

The Church is Unfriendly to Those Who Doubt

According to James Fowler’s Six Stage of Faith Development, doubt and disillusionment is, in fact, a sign of spiritual growth, rather than spiritual decline.

And so on… However, in many conservative churches, legitimate questions get dismissed with pat — and often trite — answers. We treat people who are expressing their reasonable doubts as to if they are backsliders. Many Christians mistakenly believe that Faith is having no doubts about a certain set of beliefs. However, real faith is not the absence of doubt. Rather, it is continuing in spite of our doubts. In fact, without doubts, faith is redundant. The Church must allow space for reasonable doubt within its walls and simply get better and handling the tension that comes with difficult questions.

In yet another Barna study, one of the top answers given to the question, “Why don’t you attend church,” was simply, “I find God elsewhere.”

In amongst all the endless activity, prayer meetings, potluck suppers and performance-based religion where we constantly told we are doing it wrong and we need to get better, who could blame anyone for not finding God?

So What Next for the Church?

In my next article, I’m going to tackle that very topic! One thing is for sure, in fifty years’ time the church in the West will either not exist or it will look very different from what it does now.

I suspect it is the latter because I still believe the promise of Jesus in Matthew 16 — that He will build his Church and not even the gates of Hell will prevail against it.

In the meantime, what do we make of the Evangelical Exodus? Perhaps it is the wake-up call the Church needs. Perhaps the Church crisis we are experiencing is actually an incredible opportunity to rediscover and renew that which we have lost. Perhaps the exodus is the beginning of the long and difficult journey — from slavery to freedom — to find the Promised Land.