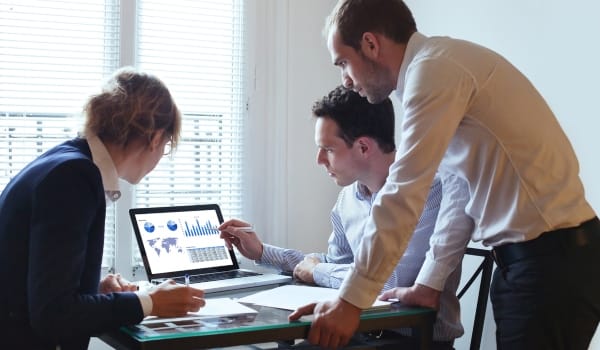 As President Obama and his lieutenants scramble to try to prevent a major economic meltdown and social catastrophe, we have had little time to come to terms with a shattering reality: the “free market” as a public philosophy is dead. Unfolding events are discrediting some deeply rooted assumptions about American politics and policymaking. The neoliberal worldview — a vision of deregulation, privatization, free trade, limited government and few public services — is collapsing.

A line of thinking that began with conservative economist Friedrich Hayek, gained cultural currency through Barry Goldwater, Ayn Rand, and corporate America, and was actualized as a political program through Ronald Reagan, Milton Friedman, the GOP and centrist elements of the Democratic Party, is now facing a reckoning. The dominant philosophy of economics and governance of the past generation is being exposed as a utopian dream. It is properly seen as a political agenda that caters to investors and corporate managers, and quietly depends upon significant government interventions and subsidies.

Who can seriously talk about a “free market” and “freedom to choose” when taxpayers are being forced to pay trillions of dollars to prop up an ideological fantasy? The impending nationalization of the banking industry — dismissed as a fringe idea only weeks ago — has now been embraced by the likes of Alan Greenspan, Senator Lindsay Graham, George Will and Paul Krugman.

A rude awakening is surely in store for us. While public attention is understandably focused on the emergency measures needed to save the economy, I’m wondering why there are so few conversations about the post-neoliberal political vision.

We need to enlarge the scope of political conversation to include such questions as: How shall we re-integrate market forces into society so that they can be constructive and not disruptive — and yet go beyond the traditional (ineffective) regulatory schemes for restoring trust and lending? In the emerging post-neoliberal environment, what new and better ways can we devise for blending government, markets and the commons? Could the decentralized participation of the Internet be leveraged to enable greater self-policing of markets, greater transparency in transactions, and greater trust among consumers, investors and taxpayers?

It may take months or years for the shell-shock of our current crisis to abate and for intelligent dialogue to resume, but when that occurs, I recommend that we resurrect the conversation that Hungarian economist Karl Polanyi initiated with his book, The Great Transformation: The Political and Economic Origins of Our Time.

Polyani’s timing was unfortunate. His book was published in 1944, just as the Cold War was getting underway. As neoliberal capitalists squared off against Marxist communists, few people saw the value of a humanistic vision of economics and society. The relevance of anthropology and pre-modern societies to the industrial age was seen as marginal.

Yet that is precisely what I find so appealing about Polanyi and what makes him so relevant today: He understood that the modern market economy is a special, historically rooted form of social organization. It is not a natural, universal system for organizing societies, as its champions assert. It is, in fact, an historical aberration in the long sweep of human history — one that has produced many benefits, to be sure, but it has also introduced deep structural tensions that always threaten to overwhelm human societies.

Prior of the rise of “the market” as an ordering principle for society, politics, religion and social norms were the prevailing forces of governance. Land, labor and money itself were not regarded chiefly as commodities to be bought and sold. They were “embedded” in social relationships, and subject to the moral consideration, religious beliefs and community management.

When the Great Transformation occurred, Polanyi argued, markets became regarded as autonomous forces in their own right. The presumption was that “market forces” should organize all of society. We have been dealing with its consequences ever since.

The basic dilemma is that the free market cannot self-regulate itself. A laissez-faire economy is, in fact, planned. It necessarily needs government management and social control. In addition, because markets treat nature as essentially limitless and human beings as commodities, they are always pushing human societies and nature to the breaking point. Invariably, crises erupt that require societal interventions. The relentless imperatives of markets cannot prevail indefinitely against the irreducible needs of human beings and nature.

We are in such a moment of crisis right now. As Fred Block writes in a 2001 essay about The Great Transformation, “… one might say that disembedding the market [from society] is similar to stretching a giant elastic band. Efforts to bring about greater autonomy of the market increase the level of tension. With further stretching, either the band will snap — representing social disintegration — or the economy will revert to a more embedded position.”

In Europe, Polanyi held that the disembedding of markets from society led to the Great Depression and then fascism. In the United States, FDR’s New Deal took a more benign path. He re-conceptualized how markets and society would wield their respective powers, saving capitalism from itself. One wonders how the Obama administration and the American people will deal with the latest iteration of this recurrent tension.

For starters, we will need to begin to accept that society has compelling and legitimate reasons to subordinate the workings of the market. The wreckage of the free market is all too evident right now. This stems partly from the relentless imperative of markets to commoditize everything; in the case of the banking sector, it was the securitization of subprime mortgages and other risk-spreading securities.

This dynamic goes back to the original fiction of treating land, labor and money as commodities. As Polanyi points out, these are actually “fictitious commodities” in the sense that they are not truly discrete “products.” Land and human beings have their own sovereign dynamics apart from their treatment as market commodities. Treating them as mere commodities creates some dangerous pressures — as when too much carbon is emitted into the atmosphere or people are thrown out of work because they are “redundant.”

The big cultural project of our time is learning to accept the reality that nature has its own needs and limits, that human beings are not fungible units of labor, and that even money is a social creation based on social trust and governance. The entire neoliberal worldview of ceaseless “progress” through technological innovation and material consumption deserves some deep re-examination as well, if only because the carbon-based, consumption-driven economy will otherwise destroy the earth. We are reaching inherent limits.

Polanyi is too rich a thinker to summarize fully here, but suffice it to say that he is worth reading for his critique of self-regulating markets, the “embeddedness” of markets in society, and the importance of the non-market gift economy based on social reciprocity and sharing. There are several nice introductions to Polanyi. One is an introduction to The Great Transformation written by Fred Block. Another is the Wikipedia entries for Polanyi and for The Great Transformation. You can also consult the websitie for the Karl Polanyi Institute of Political Economy at Concordia University in Montreal.

A parting quotation by Polanyi helps explain why he has so much to say about the commons in a time of neoliberal enthusiasm and crisis: “The social history of our time is the result of a double movement: The one is the principle of economic liberalism, aiming at the establishment of a self-regulating market; the other is the principle of social protection aiming at the conservation of man and nature as well as productive organization.”

This post was previously published on bollier.org and is republished here under a Creative Commons license.