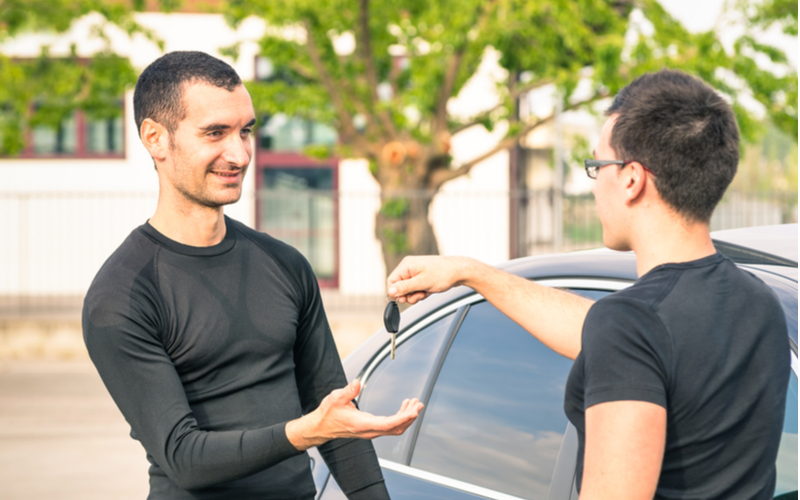 About 18 months ago I bought a used car and basically ignored every piece of advice ever given about buying a used car. On the downside, I ended up with a lemon. On the upside, I learned a lot about who people recommend the things they do. Hopefully, you can learn from my mistake, too.

The one smart thing I did was buy the car from a used car dealership rather than a private seller. I figured that this would at least protect me from getting ripped off – and if I did get ripped off, I’d have some leg to stand on for compensation.

The biggest mistake was not properly inspecting the vehicle, either personally or hiring an impartial 3rd party to do so. After all, the car had a roadworthy, so it had to be fine, right?

The test drive ran smoothly and seemed nice enough. We eagerly bought the car, along with an extended warranty.

That’s when the problems started.

The first thing we noticed was the aforementioned air conditioning problem. That cost a significant chunk to fix – and none of it covered by the warranty. Great.

Then the check engine light came on. The dealer recommended a mechanic nearby, who they said did all of their repairs. The mechanic said that it was an 02 sensor going off, which was likely caused by water in the transmission due to the car sitting in the car yard for a while. He switched off the alarm and said to come back if the light came back on.

About a week later, the light was back on. Same problem. The mechanic said he could fix the sensor, and that it would be covered under warranty.

I called the insurer, and they said they didn’t have him on their system, but they’d still put it through. Great!

Before we could get the car in for its scheduled repair, tragedy struck. The gear selector cable broke while we were in the drop-off zone of the local hospital. We had to get the car towed to the mechanic.

Not a problem, he said. He’d fix that at the same time. Should only take a few days.

A week or so later I called the mechanic wondering where my car was. He said he’d been arguing with the insurers to cover the cable problem under warranty, but not to worry – he’d won the argument and the car would be ready the next day.

The next day I picked up the car. No engine check light, and I could change gear.

Finally, the car was good!

For about a month. Then, when trying to reverse out of the garage one morning, I realized the car wouldn’t budge. The selector wasn’t working again. I called RACQ for roadside assist, and the guy who came out was very confused.

He came out from under the car holding a handful of zip ties. “This is what was holding your cable in place. You didn’t do this?”

All that had been keeping the car running was a handful of plastic zip ties. We could’ve got into an accident. We could’ve died.

I took the car to a proper mechanic and they fixed it for $120. Properly fixed it, in about two hours. That’s all it needed.

And it was at that time I realized the reason the check engine light wasn’t coming on wasn’t that anything had been fixed … but because the mechanic had deactivated the light altogether.

It was at this point, out of curiosity, I checked the car’s registration on the PPSR. I entered the rego into quickrevs.com.au and got texted a comprehensive car history report in seconds. That’s when I saw it – the car had been a repairable write-off in the past. Whoever had repaired it, obviously didn’t do a great job.

Since repairable write-offs have to be declared when sold, I was preparing to go back to the dealership when I double-checked the forms – and there it was, in small font in the middle of the document, a small checkbox with “this car is a repairable writeoff” on it. Had the dealer mentioned it when selling the car? I certainly couldn’t remember him doing so, but I knew that wouldn’t hold up in any kind of court. After all, it was there, on the document I signed.