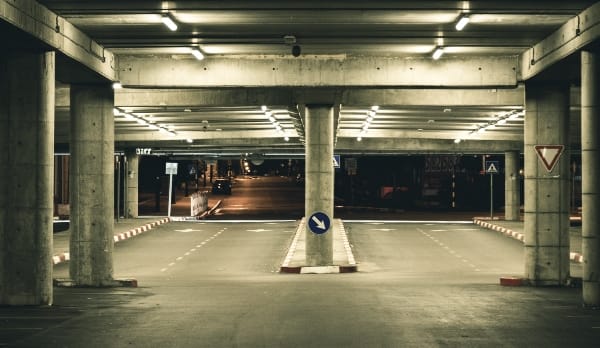 My name is Scott Gilman. I am a 45-year-old single white heterosexual man living in Austin, Texas. Writing is not my day job; for that I work on the development team of an environmental nonprofit.

They say to write what you want to read. In the wake of #MeToo and our massive cultural conversation about sexual harassment, sex, and really, everything to do with how men and women coexist, I’ve seen scores of powerful, moving, and perception-shaking essays from women on topics ranging from sexual harassment in the workplace to the existence, meaning, and consequences of bad sex.

And while plenty of men have written in support of #MeToo, what I found lacking was anything seriously exploring, from a male perspective, the implications of #MeToo on men. What does it mean to support #MeToo, and by extension, women? Once we figure that out, how do we do that? What about our behavior at home, in public, in the office, in the bedroom, has to change?

How do we, as half the population, contribute to creating a culture that emphasizes equality, respect, safety and authentic autonomy for women? How does our perception of sex need to change so that women and men equally share control and responsibility of sexual experiences and pleasure, free of shame, threats, and maltreatment?

More broadly, with these conversations taking place online and offline, what does it mean to be a man in America today? So many times boys and men are told “to be a man,” or we say, “I want to be a better man.”

What does that mean? And if it’s changing, what is it changing to?

I’ve looked — and haven’t found what I’m looking for. And while this has been frustrating, it’s not surprising.

When #MeToo exploded on Facebook, I told my girlfriend at the time that I was considering posting something. She encouraged me to do so, and frankly was a bit annoyed. Women were publicly sharing their experiences abuse, arassment and worse…and men were silent.

(Down the road I’ll get to men’s silence on matters of sex.)

So I posted about how after serving on a jury of a sexual assault trial, I thought I was woke about matters relating to harassment and rape. Serving on that jury was a traumatic experience; I’ll never forget the details of the horrific rape described in the trial. Six months prior to that I had been on a date downtown. When the evening was over, I offered to walk my date to where she was parked. She accepted. When we got to her garage, I said something about what a great night we had, and that I was going back to my car, and I hoped to see her again soon. She asked if I was going to walk her to her car. It literally hadn’t dawned on me to do this. The garage is far scarier than the street, she explained. I felt like an idiot, and of course I walked her to her car. I literally did not know this common, everyday thing of walking back to your car through a parking garage was for women something to be feared.

So I thought I knew. When #MeToo took off, I realized, again, how little I knew. And like a lot of men, I started questioning and wondering about my own behavior and attitudes. What was I guilty of? What had I done that was over the line? What had I witnessed and ignored or tolerated by other men?

And ever since, this flood has continued. I don’t care to list the disgraced male celebrities (who don’t serve a comeback) dismissed from their positions of power and influence due to sexual harassment, but I do want to say that all the firings of and paltry apologies from those celebrities mean very little to me.

I am not a Hollywood executive nor a famous actor or chef or news anchor. I’m just a guy with a day job and a group of friends. I’ve been married, then not, I’ve been in relationships, then not. I volunteer, I give to charity, I work out, I read, I go to bars and concerts.

I want to know what the rest of us men should be doing to reconcile what we’ve seen and heard and learned from women who are famous and women who are not.

And while I’ve been thinking of this stuff ever since #MeToo happened, the fact is that I am recently out of a long-term relationship. I’m suffering and hurting and dealing with the grief and drinking too much wine. But I am also questioning everything, which can essentially be boiled down to these questions:

What the hell do I do now?

As I attempt to figure it out, I’ll answer the first by spending my newly bestowed free time on writing. These are the things I want to explore:

· What it means to be “a better man”
· Living and responding to this cultural moment as a man
· Responding and reacting to other men, online, in the workplace and in public
· Sex, both our attitudes towards it and the way we communicate about it

I don’t have the answers. I’m not a therapist or trained in any way to deal with these issues other than having been alive for 45 years. I’m no spokesman for the gender nor would I ever position myself as someone with wisdom beyond others. Believe me, as I embark on this journey, I’ll be exposing my numerous flaws for all to see. But it is my hope that in doing so, I can grow as a person, and if that helps others too, or at least makes them think, or perhaps does nothing more than keep you occupied for a few minutes, wonderful.

For my bar mitzvah, at the age of 13, I received from my parents a copy of Rudyard Kipling’s “If.” It outlines the qualities and ways of being to strive for to be man. It makes for an interesting read and I suppose offers some good general advice on how to function in this world. It stresses humility, balance, coolness, living by principles.

But it skimps on the details. And it doesn’t talk about women at all.

Over 30 years later I’m still trying to figure out the best way to be a man. And of course, this quest will last as long as I live, as it should. This and whatever comes next in this space is part of that quest. Until next week.

A version of this post was previously published on medium.com and is republished here with permission from the author.