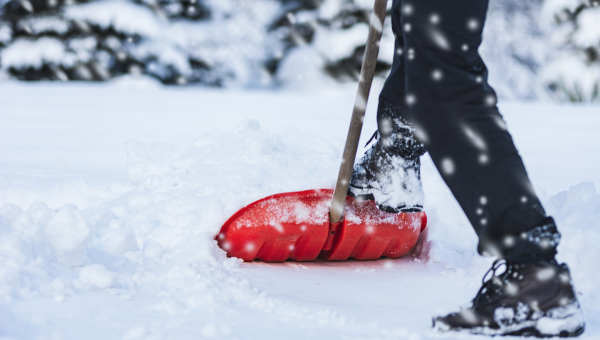 It’s another snowy spring day here in the Midwest. The howling winds and icy snow pelting the windows last night kept me up, so I’m a little tired too. Not wanting to be completely lazy, I decided I might as well get a little spring cleaning done while I sit on the couch.

Cleaning off my computer desktop is about all I can manage, but it turns out it needs it. I have a little bit of everything. Like most purging sessions designed to free up space, I only got rid of about half. Here’s some of what stayed and what hit the recycle bin:

A draft of a PowerPoint with a giant arrow pointing to the right with nothing else on it. Why is this on my desktop? I wonder why I thought this was so genius and why I thought I wouldn’t be able to recreate it. I deleted it because I wanted to prove to myself that I am competent enough to redraw this giant black arrow pointing to the future, should I ever need it again. (Small steps).

Templates. According to my desktop, I love templates. My favorite are personal growth (dream-book planner, goals workbook), productivity (to-do lists), and writing (every imaginable type of outline for manuscripts, planning your book, finding an agent, and getting your memoir published). Keep. I don’t always remember they’re here, but they sure look like fun.

Resources and e-books related to writing. Next to templates, lists of contests, literary magazines, and other places to publish my writing were the second largest group on my desktop. Keep. Same reason as above.

Receipts and other “important” papers. Lest you think I didn’t throw anything away, there were also quite a few scans and screen prints of receipts for things like hotels, seminars, and reservations. There was also proof that I paid the Illinois Department of Transportation for a toll we couldn’t pay when we left the airport without any change. Despite my feeling that I will need these virtual scraps of paper the minute I delete them, I threw caution to the wind and tossed them away.

Recipes I have copied from the Internet. I was surprised there were only two in this category and that I had actually made one:

Images I edited to send somewhere else. There are a few copies of my favorite images on my desktop that I edited and sent somewhere else, such as a close up of my husband’s wedding ring, which we sent to the hotel in San Juan after we left, hoping they would find it (they never did). I knew I had most of these images other places on my computer, so I deleted them after making sure.

I found an image of the text, “Doubt kills more dreams than failure ever will.”

I took the picture a couple years ago outside a martial arts studio. I had forgotten about it. I think it’s a good reminder for when the going gets tough. I’m not sure what it has to do with spring cleaning, but it gave me a little hope on an icy day in April so I considered the cleaning a success.