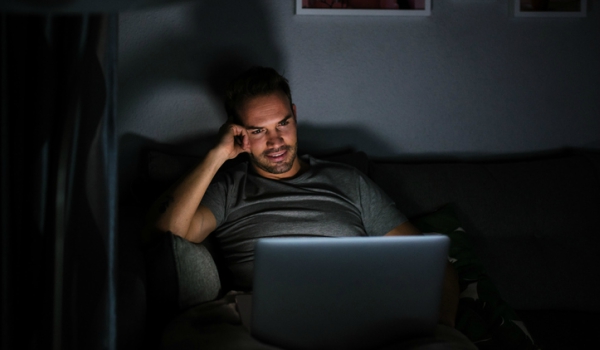 I was first introduced to anime, the animated version of the Japanese graphic novel form “manga,” through the legendary show Dragon Ball Z. The blazing fight scenes, cool characters and rush of suspense from every “Next Time on Dragon Ball Z” at the end of every episode transported me to a new world. From there I moved on to shows like Inuyasha and One Piece. Though I was laughably late to the party on popular series like Naruto, Full Metal Alchemist, and others, anime is one of my favorite artistic genres.

Anime is typically situated in fantasy worlds with epic heroes and nefarious villains, but it deals with real-life the themes of friendship and family, romance, perseverance, betrayal, lost and being a hero. They pose philosophical questions about the nature of being, good and evil, and other deeper quandaries. Watch Deku try to be the best hero he can in My Hero Academia or Tanjirō search for a cure for his sister in Demon Slayer for stellar examples of this.

Though I enjoy the art-form as a fan, as an academic and media critic, I’m often left ambivalent towards some of its sexist tropes. Two series I’ve watched recently are Is It Wrong to Try to Pick Up Girls In A Dungeon (DanMachi for short) and Arifureta: From Commonplace to World’s Strongest. Little did I know, I had stumbled shows situated on a cross-section of genres — a combination of “isekai,” where the main character is transported from the real world to a new fantasy world; and “harem,” where they have relationships (sidekick, romantic, or both) with multiple people. The protagonist in harem anime are typically male and have several female partners.

In both shows, the women compete over the affections of the main male characters Bell and Hajime (respectively). In these anime and in many others, women are generally drawn in an idealized way: firm butts, thin waists, flat stomach, and perfect orbs for breasts. The camera’s eye often reflects a male gaze—close-ups on a girl’s body or shot-reverse-shot dialogues with a male character’s face is cut to a female character’s butt in the next frame. The guy fantasy of many anime often be absurd to the point of comedy, sparking questions like “why is the camera on her jiggling breasts?”

Anime lovers should wrestle with its objectifying tropes, but being vulnerable for a moment — I think we still can learn a lot from them.

What boys get out of shows like this is a problematic safe-space. Whether in a more sexualized America or more traditionalist Japan, men, particularly when we are young boys, grow up with tremendous anxiety about the opposite sex. We feel like we have no one to talk to about our want of companionship or fear of rejection, and find that media like films, video games, or anime as the only spaces to learn about gender dynamics and explore sexual desire.

For me, watching these shows gave me a combination of embarrassment and intrigue; a push on the heart and a pull on the flesh. As an academic, I could give you the feminist and queer theory about the negative aspects of “damsel in distress” tropes. I know enough about media psychology to understand how anime creators exploit the emotional appeal of “slay the dragon, get the girl” plots elements in DanMachi or Arifureta by combining it with an underlying (whether faint or explicitly felt) arousal you get from viewing female characters’ objectified bodies.

And yet, if I’m honest, I can’t lie and say I’m not a sucker for some good chivalry and romance through shared tribulation. And if you grew up with or currently have anxiety, “getting the girl” does feel like a challenging adventure. I’ve also found that as a straight male viewer, anime can be a place where young boys, as well-grown men, tackle the challenges and contradictions of masculinity — anxiety about talking to women or wanting companionship in a society that frames having “feelings” as emasculating, or learning that the only “masculine” way to show intimacy is through sexual attraction.

Dismissing the more problematic elements of shows like DanMachi, Arifureta, and other shows would be wrong. But in subtle and counterintuitive ways, these shows and characters reflect our ideas of masculinity. Since the hero generally has to exhibit superhuman strength to get the girl, what lessons does that teach boys about the link between romantic pursuit and aggression? How do hero narratives in anime, video games, cinema, and other media reproduce “alpha male” conceptions of the world? Why do we enjoy the fact that Bell and Hajime get not just one girl, but all the girls?

These tropes can perpetuate behaviors that shouldn’t be replicated. But to those seeking to “cancel” shows like DanMachi or Arifureta, I think talking to men and boys who love anime about the genre’s problematic aspects could help them understand women in the real world better. And to the fans who “want to keep politics out of it”: yes, anime is a fantasy genre, but art is constructed from things in reality. We shouldn’t fall into the cheap trap of praising the amazing complexity, sub-textual depth, and real-life parallels in the art we like, but then say “it ain’t that deep bro” when it invites criticism.

Wrestling with our ambivalences can bring clarity, showing us the ways media is informed by culture and how it can, in turn, affect culture. But I would argue that we can be critical of certain aspects of anime and still enjoy it very much.