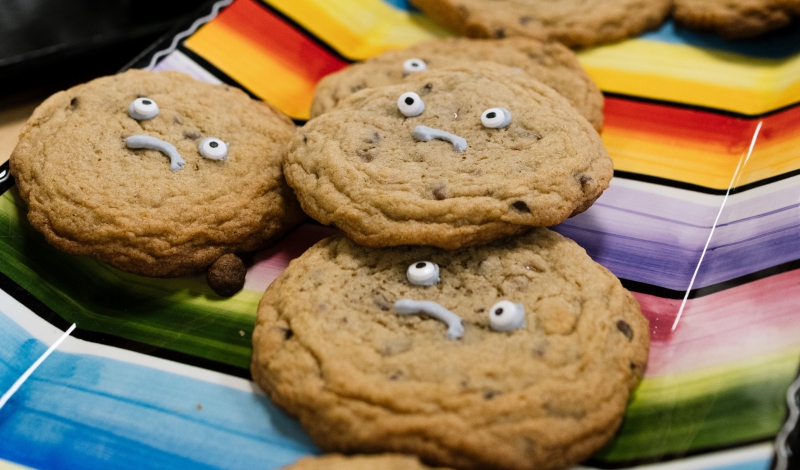 Want to know what was worse than calling off my engagement? Reactions I got from my own friends and family.

While I embraced liberation, they were unnerved by my plateauing status; while I elevated in mental and physical prosperity, they held their heads low for my ticking age; and while I saved more to invest in dreams I (re)captured, they mourned the exuberant British-Indo-Polish soiree that never surfaced.

Perhaps the latter was because word of seared masala-pierogi entrées got out; who knows?

Earlier that year, I sat across the table from my fiance, trying to ignore a chill weaving from under the door to my ankles. We’d built that table just months earlier, gorged on experimental meals at it, and squeezed far too many friends around at the type of parties we were good at — ones where everyone would regularly break out in hysterics.

But nothing was funny any more.

My cynically-dry eyes now glazed over the perfectly sanded tabletop as my brain tried to select the right words to part ways — so we could abandon the path that had us deposited on it together, impendingly forever.

We’d announced our engagement ten months earlier with a view to get married in Tuscany (I know, I know). And as much as it wasn’t a nice feeling to abandon a potential riding into the sunset scenario, the warmth of the sun simply didn’t even seem to exist any more. Instead it was like we were living under one of those fluorescent tube lights, straining our vision to feign the reality that we were still good for one another. We had totally different values which in hindsight should have been the electric voltage cut from serving that very tube light long ago.

I came out with my final choice of words, the classic “it’s over, it’s over”. And watched. His feet — brightly adorned in one of many pairs of sports shoes he seemed to have recently accumulated — curled and uncurled at turtle’s pace. Until his posture sharpened in response to a huge sigh.

It was like his diaphragm had been buckled until then.

And boy, did we squeeze.

Breakups are never the happiest of moments and believe me did I grieve, but things also shifted into focus: I curated my most ambitious and realistic vision board yet, I ate the healthiest yet tastiest food of my life, I embarked on a meditation journey I’d always wanted to go on, and my body morphed into what became the best shape of my adult life.

Everything felt more genial; in fact, I was well on my way to Emma Watson’s school of self-partnering.

But when I was ready to share my breakup news with my long list of near and dear, I noticed a Pavlovian-esqueness to responses I received.

People thought something great was at loss which I knew was untrue.

And they made it very clear, each falling into one of three groups:

1. Nail in the coffin posse

I was in the gym listening to Beyonce’s Lemonade, working it on the cross trainer and occasionally glancing in the side mirror to approve the resurrection of the butt shape… when I heard my phone buzz. A lifetime friend had texted to say “I’m at a loss for words. Praying for you, I’m here for you”.

The descent is real, people.

I never fancy feeling like a victim, but it took so much effort to remind myself I wasn’t one after each of these messages. Please. Stop.

Members of this group closely resembled a hoard of people hearing of the death of a distant friend. It was composed of all genders, ages and ethnicities.

This group’s dismissal of actual events was just as frustrating.

I’d enrolled at an acting course which I’d been wanting to do for years and was headed to day two, the sun shining on my face, oat flat white in hand, pretty much skipping — a buzz I hadn’t had since acrylic paint time in kindergarten — when I bumped into a family friend. She didn’t waste time in informing me “…given time you’ll reconcile with him”.

I was sad to hear this.

It made me consider looking back in a state of depletion, and had me questioning who really knew me and the mismatched relationship I had at all.

Members of this group were a handful of older women who had a rose tinted view of what was possible for me to achieve with men.

This group was unique in that it was composed of elders in my (Asian-origin) family, that is those that brought me into the world, and their closest allies.

Put simply, my broken engagement news was met with… no reaction. So much so that after telling my father, he continued staring at his cricket match, in silence, and never broached the subject again.

But I knew why.

His generation just got married, even to strangers.

And, his generation didn’t entertain the idea of anything below an A+.

My situation was not an A+. Our reputation was at risk and we were vulnerable to loss of face, shame and being judged by a ‘community’ I rarely even experienced.

As much as I love my heritage, and respect the sacrifices made by brave migrants from afar, this was detrimental to my healing. In fact, it was like someone shut the door on me in an industrial fridge — for not quite cold enough to die, but just enough to lose all sense of the warmth I needed.

Unexpectedly, this method was implemented by a North African Arabic friend of my age, too, though because he had ‘no words’ to describe his sadness. Cultural, too?

All the people who fell into the above three groups were and still are important to me, but as much as they consider themselves the epitome of modern thinkers — and even feminists in various senses of the word — many slid me into the category ‘future wife’ and little less more, for a long time.

In the end, I let them mourn, remain in false hope, or dance around me in silence. But I refused to confront their comments and punch against my protective wall (after all, they were my protection too, my constant loves in this world).

Though it did make me consider what would have been most useful for me to hear.

The reaction I really wanted.

When a gym buddy told me she was getting a divorce, I knew nothing of her husband or about their reasoning to reach this stage. But I knew what I wanted to say:

“Congratulations — it’s a big decision so must have been the right one to get this far!”

And what happened next was incredible.

Her face shifted from concerned to composed; her body went from slack to strong, and her response was uplifting:

“You’re the first one to say this to me. Thank you. You don’t know how much this means!”.

We shared our first ever hug (I do like my hugs) and I felt the possibilities of the world in her, just as when a baby is born.

I felt the potential she had to exist without a man. And I felt she’d acted for her future well-being.

This was something sacred. A reason to be pleased. And an excuse to revel.

Something I wanted when I had my news come out too.

Because we scored ourselves the ultimate A+: one that saw us smash societal conditioning, save ourselves from further grief, embrace our comebacks, and continually remind ourselves to grab new possibilities.

We were experiencing our own cherry blossom, coming out after a painful metamorphosis, basking in the first flush of sunlight after a harsh winter.

And we were worth every encore we could get.

This post was previously published on Hello, Love and is republished here with permission from the author.
—