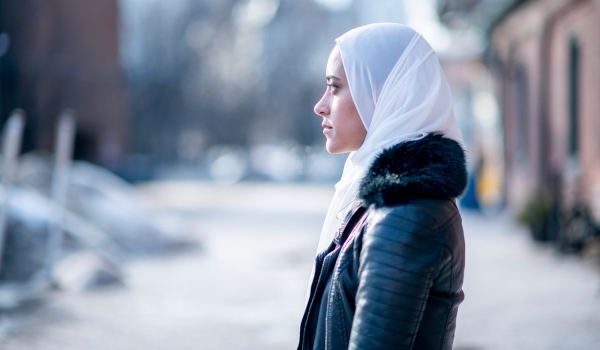 Mental health is often used in political discourse and arguments. Post-traumatic stress disorder was the subject Jan. 8, when Rep. Ilhan Omar (D.-Minn.), herself a Somalian refugee who had spent years in a refugee camp in Kenya, said: “Every time I hear conversations around war, I find myself being stricken with PTSD.”

Rep. Jim Banks (R.-Ind.), a veteran of the war in Afghanistan, found these comments “offensive to our nation’s veterans who really do have PTSD.”

As an expert in research and treatment of PTSD, and a psychiatrist working with refugees and victims of torture, I hope to provide insight into this illness and its presentations in different populations. 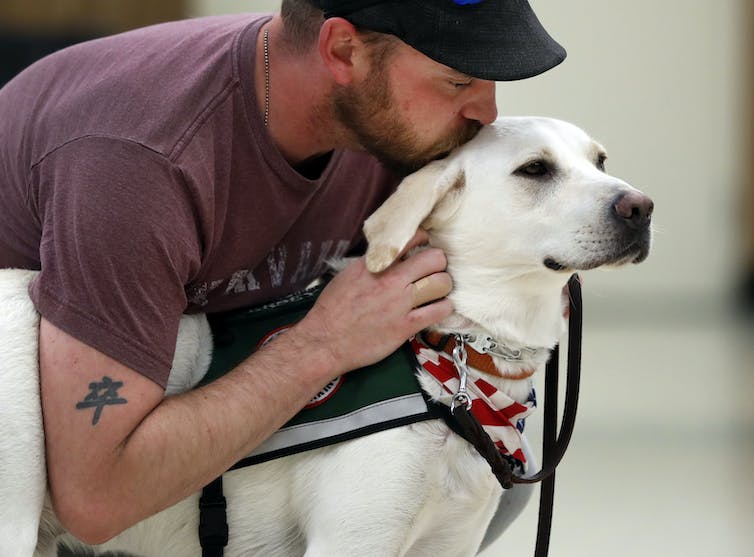 What is post-traumatic stress disorder?

PTSD is a consequence of exposure to extreme traumatic experiences such as natural disasters, motor vehicle accidents, assault, robbery, rape, combat and torture. Trauma can happen to, or be witnessed by, the person.

For instance, a refugee child might be exposed to views of mutilated bodies, or torture or murder of loved ones. Chronic exposure to others’ trauma is a common cause of PTSD among law enforcement personnel and first responders.

A number of people develop PTSD after exposure to trauma. Much research is focused on genetic/biological and environmental factors that lead to development of PTSD in one person and not in another. Researchers know, for example, that childhood exposure to trauma increases the odds of PTSD after an adult has experienced trauma.

PTSD includes a variety of symptoms that reflect the victim’s brain remaining in “survival mode” to protect him or her from recurrence of trauma. People with PTSD are highly anxious, always on edge, screening for danger and easily startled. They can also have frequent nightmares disrupting sleep, flashbacks or sensory experiences, as though the trauma is happening here and now, and intrusive traumatic memories. Other symptoms include irritability, emotional numbness, social withdrawal and avoidance of any reminder of trauma.

Who is affected, and how common is PTSD?

Trauma is very common, and so is PTSD. Nearly 8% of the U.S. population fulfills diagnostic criteria for PTSD at some point in their lives. In special populations with high levels of trauma exposure, such as combat-exposed veterans and first responders, PTSD may be as prevalent as 30%. Trauma exposure runs up to 90% among urban people living in poverty, and about 20% of this population may meet criteria for PTSD.

While these statistics are already alarming, those affected by trauma constitute a larger group than the above numbers. That is because in research, to diagnose a person with PTSD, they have to fulfill all diagnostic criteria. For instance, if a person has flashbacks and nightmares and intrusive memories, but not some other symptoms, they are not considered as having PTSD in studies. 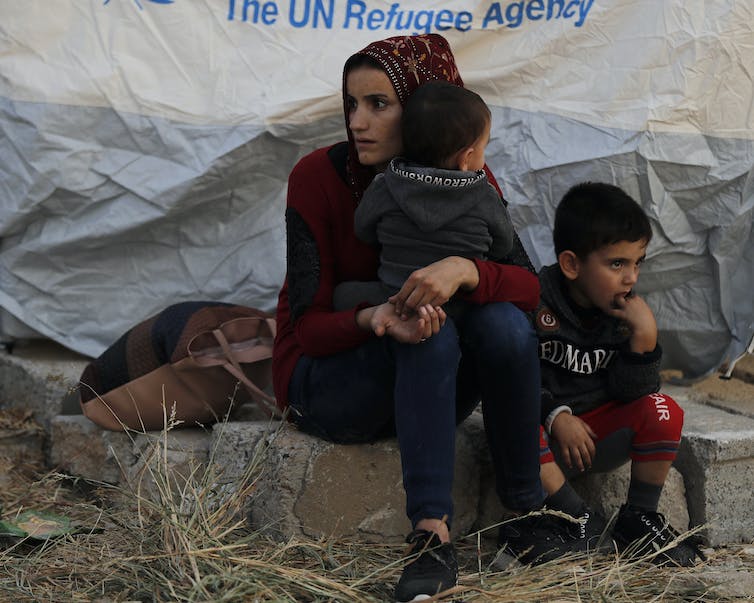 A Syrian woman and her children await a tent and food near Mosul, Iraq on Oct. 17, 2019 after being driven from Syria. Refugees such as these children are likely to experience PTSD symptoms because of scarcity and being driven from their homes.
Hussein Malla/AP Photo

PTSD is very prevalent, ranging between 20% and 80%, among refugees and civilian victims of torture. This is understandable in the context of what they have endured. A refugee is often exposed to terror, torture and physical or emotional injury to self or others, loss of loved ones and belongings, and scarcity of resources for months to years.

Those who get to leave the war zone typically end up in a crowded refugee camp with low access to resources and years of uncertainty about their future (four years for Ilhan Omar). Living in a new environment post-settlement is also not very easy, given common scarcity of resources and the need to start over.

Civilians are also not trained or prepared for war and do not have a sense of control or ability to fight in such situations. For all the above reasons, it is not difficult to comprehend the very high prevalence of PTSD among this population. In a study among Syrian refugees in the U.S., my research team found that one in three adults met the diagnostic threshold for PTSD, and almost half had high anxiety and depression. Anxiety was very high among refugee children, and 80% showed symptoms of separation anxiety.

Trauma reminders can trigger a flareup

PTSD can be worsened by stress and exposure to reminders of trauma. That is one reason why traumatized people tend to avoid reminders of their traumatic experience.

For instance, a rape victim may avoid any person nearly resembling the rapist. Combat veterans with PTSD are often bothered by Fourth of July fireworks, which resemble explosions and combat noise. They may also feel nervous at the sight of a roadkill, which can remind them of improvised explosive devices. I often hear veterans with PTSD who avoid watching “Saving Private Ryan,” a war movie that realistically portrays combat scenes and killing.

Trauma reminders can lead to recurrence of intrusive memories, flashbacks and resurgence of nightmares. A victim of rape, when exposed to a scent reminding them of the perpetrator, may experience somatic flashbacks experiencing the touch of the predator.

What can we do?

Medications, which mostly include antidepressants, reduce the high level of emotional arousal, allowing a person to more effectively use their rational brain in dealing with stressful conditions. Lifestyle changes are as important in addressing anxiety.

Fighting stigma is another important step. Those with a larger microphone, such as public officials and politicians, have to be more aware of how their words may affect victims of trauma and violence. I have previously asked my colleagues to stay out of politics. I make the same suggestion to politicians: Please stay out of mental health when it comes to your political fights. Let us each do what we are specialized in doing.