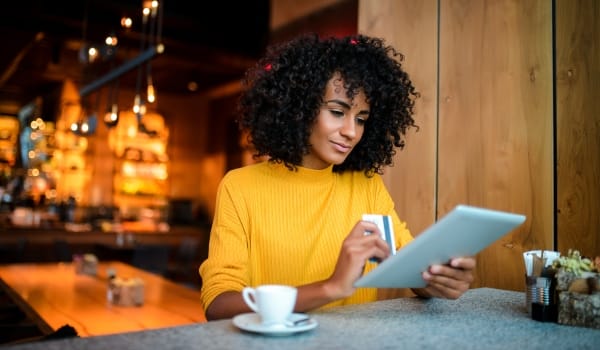 The Indian city of Mumbai is one of the most populated places in the world. The 18.4 million people who call it home produce more than 11,000 metric tons of waste every day. Most of it is taken to the oldest and largest dumpsite in Asia, Deonar, a towering mess that has grown to stand more than 50 metres above the earth.
This is the city where University of New South Wales (UNSW), Scientia Professor Veena Sahajwalla was born. Sahajwalla was raised with an acute awareness of the amount of waste societies create, and the impact of waste upon those societies.

It was this upbringing that led Sahajwalla to dedicate her life’s work to trying to minimise the environmental and social effects of waste. Sahajwalla wants consumers to re-imagine the manufacturing process – to value waste and see it as a resource that is ripe for recycling.

In 2005, she invented a world-first technology that does just that.

Sahajwalla developed a process known as ‘green steel’, which uses recycled plastics and rubber tyres in steelmaking. At its most basic level, the process replaces coke and coal with tyres and plastics (once deemed ‘end-of-life’ products) in electric arc steel furnaces. The environmental benefits are significant.

“You reduce your coal consumption and increase the use of end of life waste materials. So you’re reducing your carbon intensity and recycling waste tyres.”

Already, it’s thought to have diverted more than 2 million rubber tyres from landfill since 2009 and the environmental benefits reach further than just Australian shores. Sahajwalla’s green steel technology was named on the 2012 list of Innovations that could change the way we manufacture by the US Society for Manufacturing Engineers.

Through her work as the Director of the Sustainable Materials Research and Technology (SMaRT) Centre at the University of New South Wales Sahajwalla has established partnerships with a number of companies both in Australia and overseas.

In the case of ‘green steel’, Australian steelmaker Arrium has joined forces with the SMaRT centre, and the technology is now being used in commercial production around the world, including in South Korea, the UK and Thailand. More international projects are currently under development, but we’ll have to wait a little longer for the exact commercial details to be released.

Sahajwalla says the fact this technology works in Australia and is transferrable to other parts of the world is crucial.

“Personally that’s where the satisfactions is,” says Sahajwalla.

“Being here in Australia allows the creation of all kinds of innovative solutions and opportunities that the whole world can use.

“We should be able to unleash science and technology for the benefit of humanity and give it away for free to developing nations.”

The SMaRT centre has ongoing collaborations with researchers and universities around the world, including in Sweden, Asia and the US.

Some of Sahajwalla’s students are currently working on PhDs in Japan, focusing on automotive waste, while another student from Malaysia is using UNSW research that is looking at the viability of macadamia shells as a sustainable building material. He’s intending to apply this research to similar agricultural waste products in Malaysia.

So how did a scientist and engineer who grew up in Mumbai come to make world-first inventions in a country at the other end of the earth?

Sahajwalla took what she describes as a “long-winded world tour” to get to Australia.

It involved travelling to Canada in her early 20s, to complete her Masters degree at the University of British Columbia and to “broaden her horizons, see the world, engage and be a global citizen”.

From there, Sahajwalla moved to the US, to work on her PhD at the University of Michigan, one of the top engineering universities in the country. Then, while giving a presentation in the US, she was spotted by Australia’s national science and research agency, the CSIRO.

Sahajwalla says it was a job offer from the CSIRO in Melbourne, as well as the “quest” for being able to live in a society where the environment is valued, that finally enticed her to the land down under in the 1990s.

“Another part of it for me, was the Australian desire to go out there and do whatever you want to do and not hold yourself back,” says Sahajwalla.

“I was looking for a place where I could exercise my academic freedom, explore and do the new things that I wanted to do. Being able to work in an environment that allows that freedom is quite rare.”

Sahajwalla has now lived in Australia longer than anywhere else, including her mother country.

It’s rare to meet someone who is as enthusiastic about waste as Sahajwalla. She is driven by a dream of seeing her technologies being implemented on a micro-scale around the world – from first-world countries to the tiniest of villages.

Sahajwalla believes that consumers living in developed countries like Australia have a social responsibility to take an interest in what happens to the products they use.

When you consider that there are now more mobile phones than people in the world (more than 7 billion), the amount of electronic or “e-waste” being produced is staggering.

“Think about how mobile phones are disposed of in many parts of the developing world,” says Sahajwalla.

“If you just burn them, it causes air and soil pollution. So there are a whole lot of unintended social and environmental consequences.”

Many developed countries send their e-waste to Africa and India for processing. Sahajwalla believes we should be able to develop technologies that can process those materials in a safe way, that won’t harm the health of people or the environment.

“We have enough wealth to create scientific solutions – and the ability to actually give that away to regions that don’t necessarily have the resources to do so.”

It is easy to blame the world’s waste problem on developed countries and consumers who have a seemingly endless appetite for more new products. While those demands for electronic and physical infrastructure aren’t likely to slow, Sahajwalla says we need to rapidly catch up with creating environmental and economic solutions.

She is passionate about the belief that societal advances in manufacturing don’t have to be at the detriment of the environment.

“Naturally the first thing that comes to people’s minds is that the two things are in conflict,” says Sahajwalla.

“They don’t have to be. The solutions that we’re developing show that manufacturing and environment can be coupled together to create solutions for the planet.”

This belief has lead to what Sahajwalla describes as a “mind-boggling” concept of what society could achieve through developments such as micro-factories – almost a new industrial revolution.

“UNSW are the first in the world to start developing thinking around micro-factories” says Sahajwalla.

A micro-factory could be something that involves a village in a regional town or a family in suburban Australia. It would create jobs, as well as cleaning up the environment and transforming waste.

Sahajwalla likens it to the advancement of technology in computers: they went from a machine that once filled a room, to a gadget that now fills just the palm of your hand.

“It’s new thinking – that we can do all of this transformation of waste on a micro scale, without mega-factories. It’s completely counter-intuitive.”

Her end goal is visionary. Eventually, she says, everyone in the world should be able to use the waste they have in their own backyard, find a solution, revive it and put it back into a manufacturing process.

“I think Australia can play a leading role in addressing these challenges,” says Sahajwalla.

“We might be a country with a small population, but we have the ability to be innovative and inventive. I always say to people – you don’t have to be the biggest steel producer, but you can be the smartest. And that’s important.”

With scientists like Sahajwalla leading the international movement in waste management, it feels like the future is in safe hands. When asked if there’s any waste that holds no value, Sahajwalla explains that we must “look for the beauty within everything, to see what the possibilities are”.

This post was previously published on australiaunlimited.com and is republished here under a Creative Commons license.