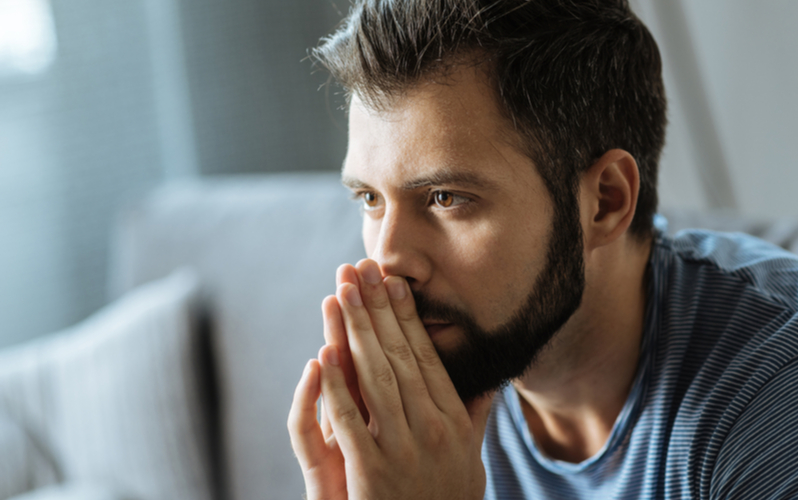 Men’s mental health (and mental health in general) is often swept under the rug or ignored altogether. After all, men are supposed to be strong, able-bodied, and not emotional, right? This falsehood is nothing more than an outdated and damaging mentality and a misrepresentation of manhood.

Being in touch with one’s emotions and mental health is nothing to be ashamed of, whatever societal expectations may say. A man can be a great father, friend, and husband and “manly” while still being aware of how he feels and the way his mental health affects his life.

That being said, many men aren’t aware that there are mental health resources available to them or feel ashamed to use them. Here we’ll cover some tools that men can turn to for conditions like depression, and how ignoring men’s mental health is having an enormous impact on society as a whole.

The Impact is Real

Ignoring mental health as a whole is nothing short of a crime against humanity, but it would seem from statistical data that men are impacted in a particular way by it. The male population in the United States is around 151 million, nearly half of the population. Among those millions, at least six million of them suffer from depression every year.

The highest suicide rates in the country are actually found in populations of Caucasian males over the age of 85, and suicide itself is the 7th leading cause of death among males in the US. The number of suicides among males is around four times higher than that of females.

Why is that? Because of stigma. The “macho” attitude that’s portrayed in film and other media leaves no room for mental illness or being in touch with one’s emotions. Believe it or not, consuming media has a profound effect on the way we view the world. It shapes our opinions, trends, and societal norms.

Being “masculine” doesn’t mean you have to hide how you feel. It’s time to change how we view this adjective and what it truly means for the men of our society. Do we truly want our men to be quiet and reserved when so many of them are suffering silently on the fringes of a society that doesn’t recognize their pain?

There are plenty of mental health resources available for men on and offline. Let’s look closer at a few of them that you can utilize in the event you experience depression or other mental health conditions.

Not to mention, the site has thousands of articles available on mental health, so you can do your own research and get tips on how to navigate depression.  Having a sense of community and a support group is a crucial component to your recovery efforts, so why not try out the virtual community at Supportiv?

NAMI: The National Alliance on Mental Illness is the largest grass-roots mental health organization in the country. With online resources as well as local and state offices, the organization is working hard to address the stigma surrounding mental health and provide resources to those who otherwise wouldn’t have sought them.

NAMI has its own hotline (800-950-6264) and a crisis text line (TEXT NAMI TO 741741) that’s available 24/7. They also offer community programs and certifications to expand the community’s awareness and understanding of mental health conditions and how they affect us.

Man Therapy: Mantherapy.org is unique in its approach. Geared towards men specifically, it aims to address the old-school masculinity, with quips such as “because you can’t just rub dirt on your emotions”. Don’t let the borderline-sarcasm fool you, though. The site is one of the foremost resources for addressing men’s mental health.

Men suffer from depression and other mental health conditions just as much as women do, but are four times more likely to die from suicide, which is often the result of mental health conditions or substance abuse. It’s time we stopped pushing this startling revelation under the rug, and start looking closer at why our men are feeling depressed and turning to suicide. Together, we can help break stigma, provide resources to those affected, and educate the public on this real and growing problem.