The new Flight Simulator doesn’t have a release date yet. But it will most likely be available on Windows 10 PCs in 2020. 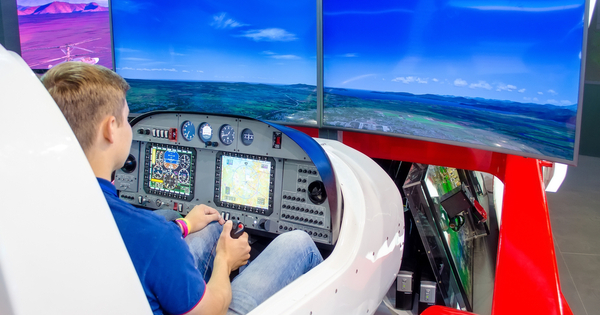 When Microsoft shelved Flight Simulator in 2009, no one thought the classic game would make a return. Flight Simulator has been around since 1979 (yes, it’s even older than Windows). When Microsoft quit the sector, a host of third-party flight simulators popped up that offered even better experiences than the original.

Now, in the age of shooter games and MMORPGs, the Flight Simulator is making a comeback. And so far, all signs indicate a glorious comeback fan never expected. Microsoft has selectively released previews of the games to reviewers and critics. Here are some of the coolest things revealed so far by early reviewers:

The Graphics are Breathtaking

Microsoft has taken the graphics on Flight Simulator to the next level. It would look nothing like the game on your old Windows XP PC. All the visuals are rendered in highly realistic detail. So much so that reviewers have called the graphics “breathtaking,” “astounding,” and “stunning.” You don’t get to just see actually real satellite images below your plane. The simulator has highly detailed airstrips and airfields so the flying looks as real as possible.

With all the hype surrounding it, and the release on Xbox One, it’s easy to think that Flight Simulator is a game. Well, actually, it’s not. What you get with it is an actual simulation of flying a plane, not a video game where you level up with a plane. You get graphics and controls as realistic as possible. The environment is rendered in stunning detail with features like real-time weather (more on that below). You may have played the old Flight Simulator like a game, but get ready for a brand new experience with the upcoming release.

Microsoft offers something called Bing integration with Flight Simulator. In case you don’t know, Bing is Microsoft’s search engine. This is not just a product plugin on Microsoft for its search engine. Bing feeds Flight Simulator with real-time location data, so the flight routes for your plane are real. The simulator would show actual airfields, airports, and flight routes in your immediate area.

This is an impressive technical feat on Microsoft’s end. Bing pulls in data from satellites at an impressive two petabytes of data. So your “screen” would load at an astonishing rate without you even realizing it. The locations aren’t limited to your home state. You can fly anywhere in the world and expect the same hyper-realistic detail. You can fly through over 40,000 airports, according to early reports.

You Can Fly Over Your House

One previewer enjoyed the incredible experience of flying over his house on the Flight Simulator. His house was rendered in 3D very much like the real thing. You don’t see just a tiny satellite pic. The buildings and trees are recreated in 3D images to make the experience as real as possible. You can even see the traffic on the road!

Weather is a Very Real Part of the Game

Perhaps the coolest feature on the new Flight Simulator is real-time weather. That is, real-life weather events appear in the simulator, where you can try to tackle the challenge. For example, say there’s a storm in London. You can try to navigate a plane through Heathrow in a remarkable recreation of real-life stormy weather.

The graphic detail of weather events is even more impressive than the rest of the game. You can see objects like clouds, not as cartoony representations, but as realistically as possible. Your simulator plane would fly through a cloud very much like a real one would. It even recreates how the plane reacts to winds.

First Time Release on Xbox One

Flight Simulator has been available only on PC. This time, it’s coming to consoles. For the first time ever, Flight Simulator will be available on the Xbox One. It’s safe to say you won’t find Flight Simulator on anything other than a Microsoft product. But it might be too early to know for sure. Fans can still hope for a PlayStation release in the future.

The new Flight Simulator doesn’t have a release date yet. But it will most likely be available on Windows 10 PCs in 2020.

Previously published here and reprinted with the author’s permission.

What’s your take on what you just read? Comment below or write a response and submit to us your own point of view or reaction here at the red box, below, which links to our submissions portal.