The new administration headed by President Donald Trump is limiting the ability of some US scientists to share their findings openly. 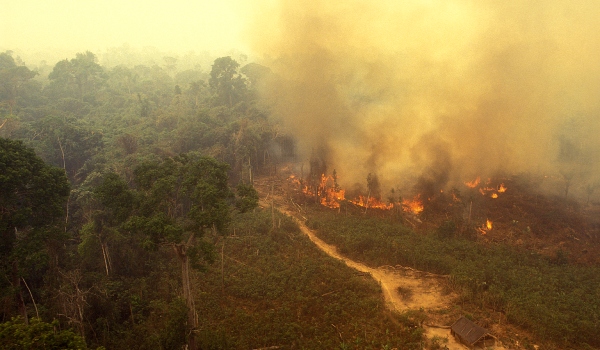 The free flow of information from US scientists in several federal agencies to the taxpayers who finance their research could soon stop, less than one week after Donald Trump’s inauguration. He has described climate change as “a hoax”.

Reuters news agency has reported from Washington that the new president’s team has told the Environmental Protection Agency to remove the climate change page from its website.

Reuters says two EPA employees told it they were notified on 24 January that the team had instructed the Agency’s communications unit to remove the page, which contains links to scientific global warming research and detailed data on emissions.

“If the website goes dark, years of work we have done on climate change will disappear,” one of the EPA staff members told Reuters. Both asked not to be named, and their claim has not been independently confirmed.

But Myron Ebell, who helped to guide the EPA’s transition between Donald Trump’s election last November and his swearing-in on 20 January, said the move was not surprising. “My guess is the web pages will be taken down, but the links and information will be available”, he said. Mr Ebell has been described as a climate contrarian..

Voices silenced
In a linked development, the Trump transition team has told the EPA to freeze grants and contracts, and has restricted the freedom of its scientists to communicate with the public.

A similar ban was imposed at the US Department of Agriculture, where scientists at the agency’s main research arm were barred from any public communication about their work, but it was later reported to have been lifted.

The CEO of the American Association for the Advancement of Science, Rush Holt, said: “We are concerned about reports that federal agencies – including the Department of Agriculture and the Environmental Protection Agency – have issued directives to staff that may silence the voices of scientific researchers and others working for the federal government.”

He hoped the directives were a temporary measure. But he said: “Censorship, intimidation, or other restriction on the freedom of scientists employed or funded by governmental organisations to communicate their unclassified scientific findings and assessments not only to each other but also to policymakers and to the public is inimical to the advance of science and its appropriate application in the policy domain.”

“Slashing funding and restricting scientists from communicating their findings . . . with the public is absurd and cannot be allowed to stand as policy.”

Andrew Rosenberg of the Union of Concerned Scientists (UCS) said: “If you care about clean air, clean water and policies that actually protect people, you need the best independent science – and actions like this make it harder for Americans to benefit from science.

“That the administration has moved so quickly to clamp down on scientists shows that the Trump administration is more focused on lifting rules on polluters than keeping our air and water clean.”

The UCS says the attempts to restrict scientists working for federal agencies is “a complete change from the scientific integrity policies in operation at 26 agencies during the eight years of Barack Obama’s presidency.”

One of the co-chairs of a newly-formed group, the Scientists’ March on Washington, Caroline Weinberg, said the news of the restrictions had “lit a fire under us.”

“We were inspired (well, infuriated) by the current attacks on science from the new administration”, she wrote in an email. “Slashing funding and restricting scientists from communicating their findings (from tax-funded research!) with the public is absurd and cannot be allowed to stand as policy.” – Climate News Network