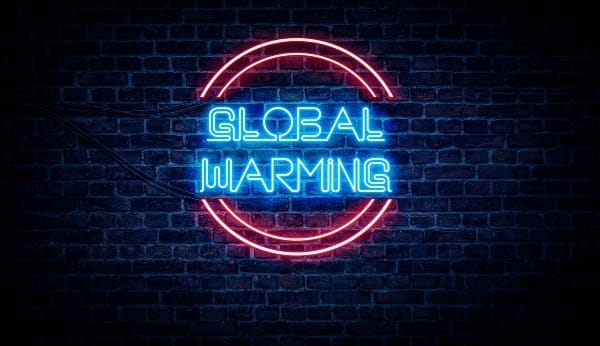 It looks like climate deniers are finally back on the defensive.

The last few months delivered a spate of headlines that should offer undeniable evidence that warming of the Earth’s temperatures is causing serious problems right now. In just the last week, stories about the melting of an ice sheet in Antarctica (which the Guardian called a “holy shit” moment) and a report warning that we’ll see plenty more wildfires in the American West and around the world gained widespread attaention

Of course, I am not expecting climate deniers to give up the fight anytime soon. But I do hope they are losing influence with the general public.

Yet I am concerned about another factor that keeps many Middle Americans from demanding serious action to curb the devastating effects of climate change. The words “global warming” and “climate change” (the more recent substitute that means pretty much the same thing to most people) sound on a subconscious level like something positive.

You’re standing at the bus stop with numb toes on a winter morning, and global warming seems like a big improvement. Your jaw drops when you open the monthly heat bill, and you can’t help but think: global warming, bring it on!

Intellectually, of course, we know global climate change will bring successive waves of disaster. Scorching temperatures, violent storms, floods, droughts, famine, wildfires, hurricanes, pest infestations, ecological refugees, expanding deserts, rising sea levels and, according to many forecasts, colder weather in some places. The polar vortex that froze large stretches of the US and Canada last winter may be linked to rising levels of CO2.

By labeling all this devastation “global warming”, we dilute people’s sense of urgency about this problem. It’s like referring to your flooded basement as an indoor swimming pool.

I propose we replace “warming” and “change” with “global climate disruption” or “climate chaos,” and work to convince the news media and political and business leaders to adopt the term. It’s an honest way of describing the problem, which avoids scaremongering but doesn’t leave us with a warm feeling deep inside about something that will cause large-scale human suffering.

Adapted and updated from a blog originally appearing in the National Geographic Green Guide.

A version of this post was previously published on onthecommons.org and is republished here with a Creative Commons License link.