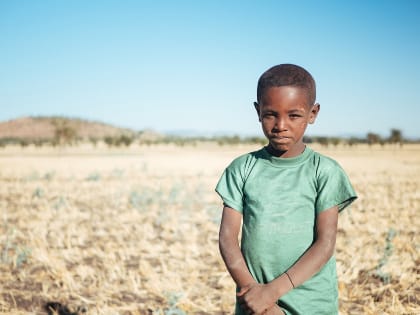 Being a kid is a hard thing to be. All of us can surely remember moments in our younger days when life seemed ghastly and about to end because some person said something that shook us to our core and hurt our delicate, fragile and still-forming emotions.

Whether or not growing up in America has become more difficult or more streamlined is up for debate and I’m sure there are arguments for both. However, growing up under the umbrella of the LGBT+ community, whether hidden or out and proud, can make life that much more difficult for the younger folks of the United States.

The Human Rights Campaign estimates that 42 percent of LGBT youth do not believe their community to be accepting of them. Imagine growing up knowing and quite possibly hearing proclamations of disapproval and disgust for something as simple as your sexual preference or gender identity and expression. Talk about scarring someone for life. But children do hear negative murmuring regarding gay lifestyles and transgender identities. More facts include the following:

If America is slow to accept being gay, we are certainly slow to accept transgender identities. Suicide attempts by gay and lesbian youth soar when compared to their heterosexual counterparts – they are five times more likely to attempt suicide. A whopping 40 percent of transgender adults report having attempted suicide, 92 percent of them being before they turned 25 years old. Gay youth who are severely rejected from family members are 8.4 times more likely to attempt suicide and the numbers only continue to shock from there.

In media like television and film, there has been a welcome influx of diverse characters and far more representation of marginalized and underrepresented communities. The overwhelming response and critique are that if these members of society cannot see themselves on screen, anywhere, then what are they to think, or do? Sure, they can prosper and thrive, but imagine not being shown or considered as a citizen of the world and what that might do to a person’s self-esteem or thought process about themselves and others, including the world they live in.

In recent years, the decision to raise a child as gender-neutral has come under both scrutiny and praise. Conservative television personalities like Tucker Carlson have made snide, rude, derogatory remarks about such a decision. They have made a huge deal about and have continued to insult those belonging to specific identities and groups’ self-expressions.

On a positive note, Target just recently denounced the idea of gender marketing regarding children’s toys and decided to no longer partake in such activities in their store set-up. Most recently, however, Mattel released a new, gender-neutral doll. This was not only a positive stride in favor of children who are simply figuring themselves out (much like we all are), but a large step for a huge corporation revolving around heated social issue.

The doll comes at a price of almost $30 and features a series of kids who go by different pronouns, including “xem.” The slogan is for the doll is, “A doll line designed to keep labels out and invite everyone in.” Children who are not gender binary and have perhaps a more unique expression of gender and identity finally have something they can receive as a gift or see on a store shelf that resembles who they are and who they might become.

Barbies and baby dolls have been scrutinized for their gender-specific approach and stereotypical behavior and look. To see a doll proudly hop into the large market of dolls and toys that represent those who are already underrepresented is perhaps one of the few positive things to happen recently in world events. Just knowing that a doll exists in an image one calls their own might make a world of difference to kids everywhere. Whether or not parents are supportive or will buy such a doll and give to their children is another story.

One should suppose that only families supportive of gender-neutral parenting or who already have gender-neutral children would be the prime demographic and market. That market might be small and found in favor in most progressive and socially liberal communities, but it is a start.

Hopefully one day, the numbers of youth in the LGBT+ community who feel unwanted, unwelcome or who attempt suicide will improve and the world they live in might be one that no longer places so much value on what’s between legs. Labels or names and everything in between can only be trivial when compared to the value of a young person’s life.

As with all major social issues, unfortunately, the progressive position takes time to be accepted and this doll is now part of a more positive history. With the current administration taking as a stance against LGBT+ communities by imposing policies that exclude them and gender-neutral bathrooms still not being universally accepted, something as small and seemingly minuscule as a doll is a more than welcome and positive change in the news!
—