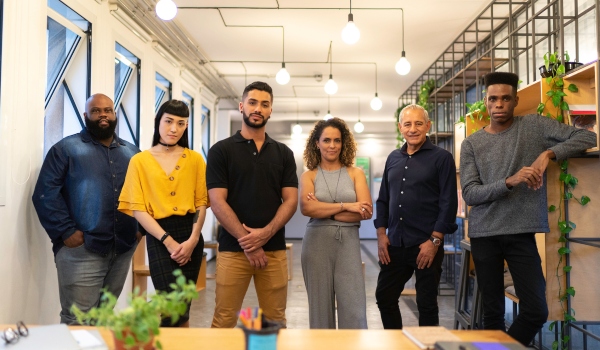 This is important because the complex requirements to get formal accreditation and the association’s strict controls over access to participate in regional meetings have heavily limited CSOs’ ability “to contest policy and shape official processes”.

By inviting a broader group of stakeholders into this process, ASEAN will be able to listen and address concerns from communities.

Entering ASEAN’s golden jubilee, the region is dealing with a number of problems. Violence in Myanmar is forcing thousands of Rohingya people to flee. Independent media in Cambodia faces pressure from the government. The region’s migrant workers have limited protection.

To find solutions, it’s important that ASEAN listens to the voices of communities. These people may also share these concerns and have ideas to solve the complex problems at the grassroots level. Their involvement will also strengthen ASEAN’s legitimacy in the region.

The ASEAN Intergovernmental Commission on Human Rights, the association’s body dealing with human rights issues, has attempted to create its own guidelines to allow contact with CSOs without representation in all member states. However, this must be approved by all member states.

An example of such contact was when ASEAN closely worked with the relevant CSOs in developing a regional declaration on rights for people with disabilities.

By the same token, ASEAN should embrace and work with relevant CSOs in exploring a solution to protecting minority and disadvantaged groups in the region, such as the Rohingya people who are being persecuted in Myanmar.

In 2015, ASEAN countries agreed to work towards creating a “people-centred ASEAN Community”, in which the people in the region – not just member states – have a role in ASEAN’s decision-making process.

ASEAN suffered a legitimacy crisis after failing to help member states weather the Asian Financial Crisis which led to the idea that the organisation should be more inclusive and open to participation from civil society.

But currently, ASEAN’s “people-centred” project remains trapped between aspiring to include all parts of the society in ASEAN countries, including communities, to participate in building a regional community in Southeast Asia and following the state-dominant way of doing things.

In 2011, the former Indonesian president Susilo Bambang Yudhoyono underlined that:

reducing the meaning of ASEAN Community by turning it into a mere association of governments of its member countries, or only emphasising the economic cooperation, despite its importance, would be a mistake.

However, while Southeast Asian leaders are increasingly using the rhetoric of prioritising the people in ASEAN, they are often hesitant to drastically change the longstanding regional framework that gives a lot of power to the hands of member states’ elites.

As Southeast Asian leaders are often preoccupied with the need to have a quick-win, they only consider ASEAN relevant if it matches with their immediate interests. This also hinders any significant enthusiasm to fully support and transform ASEAN.

ASEAN started without a formal body nor mechanism to manage regional problems. A prominent ASEAN scholar, Carolina Hernandez aptly illustrated, the ASEAN like to choose “declarations of intent rather than a charter”, as well as, “non-binding decisions and voluntary compliance” in the hope of gaining consensus and maintaining unity in the region.

Nevertheless, the member states’ approach to ASEAN is not static. ASEAN has been gradually evolving in dealing with wider non-traditional aspects of security.

The regional desire to reform in ASEAN has been stoked by democratisation in some Southeast Asian countries, coupled with the need to enhance ASEAN’s capability against wider regional threats (like financial crisis).

This eventually culminated in the adoption of ASEAN Charter in 2007, as well as the implementation of a series of community building projects.

Within such reforms, Indonesia’s endorsement of democracy and the importance of promoting people’s participation, have gradually been accepted in the region. Unfortunately, this happened only because they were shaped within ASEAN’s existing institutional framework that preserve privileges of political elites.

ASEAN needs to work harder to further develop its institutional framework so that it will be able to keep up with regional contemporary challenges.