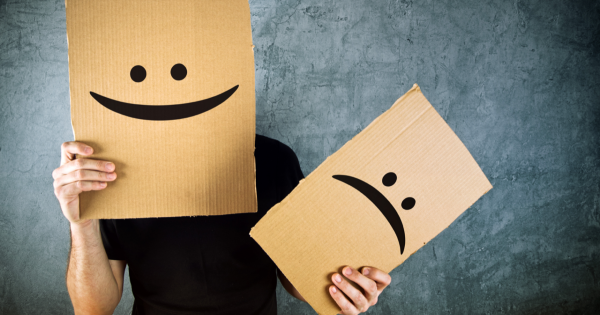 Is your glass half full or half empty? How you view the world and whether it’s in positive or negative terms can make a big, big difference in your relationships and happiness. It can also have a significant impact on where and how you experience success. So how would you describe yourself, an optimist or a pessimist?

Most of us gravitate toward one view of things or the other. We are either preparing for the worst or anticipating the best. There isn’t necessarily one that’s better than the other, but there are benefits and drawbacks to each. The benefits of an optimistic approach to life, however, tend to more conducive to happiness, physical and psychological health, and strong relationships.

If you aren’t naturally optimistic don’t worry. Even though some predispositions are partially influenced by our genetic make-up, optimism and pessimism aren’t entirely wired in. If you’d like to take a more positive approach to life, with a little work you can teach yourself to do that. And you’ll find there are several benefits to having done so.

Becoming more optimistic will require changing your outlook and adopting a new perspective. This means creating new habits – something that can take time and practice. It generally takes more than a few tries before a new habit sticks and it’s important to remember that failure is a part of the process. As long as you learn and keep trying, failure can also be a good thing. That being said, the following suggestions can help you get a firm start in seeing the half full glass rather than the half empty one.

• Be thankful – and say it. Practicing gratitude has been shown to improve mood and personal feelings of positivity. And it’s not hard to do. During any hour of the day there’s likely to be something the be thankful for. Recognizing those things, no matter how small, and expressing your gratitude will begin to train your brain to look for the positive things in life. You can thank people for their help, their service, even their smile. Not only are you helping yourself, but you’re improving their day too.

• Focus on the solution, not the problem. Crummy things happen all the time – your order is wrong, traffic is bad, you’re behind at work. These are problems for sure and it’s really easy to let those problems weigh on you and steal your attitude. Before you let that happen, however, try looking at each problem as an opportunity to be creative by finding a solution. Where problem has a negative connotation, solution has a positive one. By solving issues rather being derailed by the issue itself you are being productive and automatically putting yourself in a more positive mindset.

• Reinforce through writing. This doesn’t have to be a book or even a paragraph but keeping a list or journal of positive things that have happened to you, or that you have done, forces you to think about them and reinforces the positive thought process. It can take a awhile to make this a regular habit, but over time journaling these things can become a very beneficial tool.

• Use purposeful pauses. If you naturally gravitate toward a more pessimistic outlook you are also more likely to speak in negative terms. Before making comments that are negative in nature make a point to pause for a second and rethink your comment. Then turn it into a positive and say it out loud.

• Mimic other optimists. You almost certainly know people who are optimistic by nature. One way to create more optimistic habits in yourself is to watch people who have them and emulate what you see.

The Benefits Of Being More Optimistic

So why go to all this trouble? Well, there are some very good reasons. People who are more optimistic tend to have lower stress levels and better physical health. In fact, a more positive outlook on life has been shown to be associated with lower risk of heart attack, stroke and early death.

A more optimistic approach is also associated with greater emotional health. Signs of depression and other emotional disorders are less prevalent in people who have an optimistic outlook. Since optimists are less likely to worry about the negative in life they experience less stress. They are then better able to see the positive things in life and this creates an easier environment for happiness to prevail.

Optimism is not a cure all or a path to eutopia, however. Nor is it a license to ignore the negative and become unrealistic in your view of life. When practiced effectively and in a balanced manner though, an optimistic approach to life can mean a increase in enjoyment of the healthier and happier aspects of life.