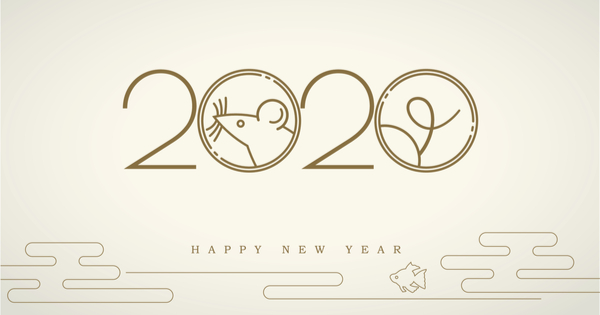 Welcome to the Year of the Rat.

I have developed a quantum mechanics kind of superstition. Everything is related, the parts mesh and clink and grind together. I see causal effects and their results everywhere. Sometimes the ends are predictable and amusing, occasionally they go right over the edge into bizarre. But, if you look at it they are always interesting. I know most of the time it is only coincidence or maybe imagination. Still, the links are there and once you’ve noticed them you can’t not see them.

Steve Mnuchin, the Treasury Secretary of the United States, said teenage climate activist Greta Thurnberg should get an advanced degree in economics before advocating for action to ameliorate the effect climate change. Specifically he was talking about divesting ourselves from the use of fossil fuel, but the whole scene was bathed in the absurd. Somehow, he didn’t believe she was qualified to advocate for the salvation of mankind because of her tender years.

Of course it also ignores the fact that is going to lay waste to large portions of the earth and ruin a lot of stock portfolios and P and L projections. Not to mention Wall Street will need to move, somewhere farther inland, probably much closer to Main Street (what a delicious irony) as New York and the rest of the US coastal areas become parts of the ocean.

Mr. Mnuchin said he was only joking, and he probably was, just like Vanity Fair was joking when their headline read “Yes, Greta, Steve Mnuchin is that big of an A-Hole.” I will leave it up to decide which is funnier.

However, almost anybody would agree it was the wrong thing to say about a child working so hard to save the world. Despite facing crushing apathy and international greed she has never wavered. And she  A true Year of the Rat thing.*

Secretary of State Mike Pompeo threw a tantrum when asked about his shocking lack of concern over the firing and attempted shaming of Ambassador to Kiev Marie Yovanovitch. He claimed he has done everything he should have done for every employee of the State Department.

His furor was such that he ordered an aide to get a map of the world with the names removed and asked the reporter (Mary Louise Kelly from All Things Considered) to find the Ukraine. When she pointed to the right country he slipped into a terrible rage, cursing and shouting. Troubling behavior for the nation’s top Diplomat.

It was curious that the State Department keeps a world map without names on the countries. Do they use it for pop quizzes? Do they have a game where they use oil pencils to make up amusing names for states with regimes that have angered them or is it just to attempt to shame journalists?

No matter, I guess, it was behavior appropriate for a rat.*

The Impeachment Trial continues. Each side making its case. Mostly though they are trying to reach jurors in swing states. Those are the people who really matter, the senate vote is a foregone conclusion, but the election is the real verdict. It is important you remember the depths to which our government has fallen. We are living in a world connected, hard-wired together. Quantum Mechanics on an international level, everything ripples, and percolates, and sends impulses around the world.  Their actions are a direct reflection of our values. Is that the way we want to be seen?

*I apologize to rats and people who love rats. I know they are considered intelligent, playful, and affectionate animals who would never insult a teenager trying to save the world or curse at a reporter.