The U.S. government now owes over US$23.5 trillion in debt, or about $71,000 for every man, women and child living within its borders. It has risen $3 trillion since President Trump took office in 2017 and is almost double what it was just 10 years ago. 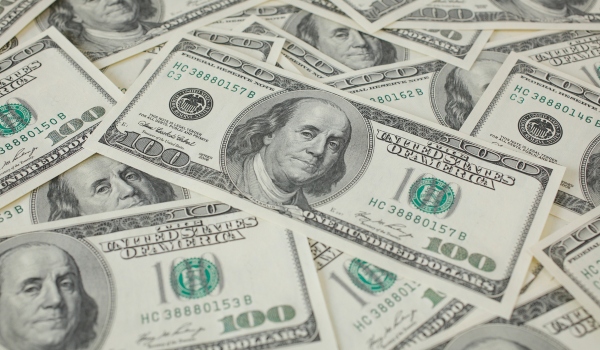 The U.S. government now owes over US$23.5 trillion in debt, or about $71,000 for every man, women and child living within its borders. It has risen $3 trillion since President Trump took office in 2017 and is almost double what it was just 10 years ago.

U.S. government officials are discussing another expensive stimulus package – possibly as much as $1 trillion and bigger than the one enacted in 2009 during the midst of the financial crisis – to help the U.S. economy make it through the coronavirus pandemic.

But in light of its large debt, can the federal government really afford more spending?

The national debt represents the accumulation of past deficits that the federal government has run, pretty much continuously, since 1931. Prior to that, surpluses were much more common, apart from the years following the Civil War.

But its size is not a problem. The amount of government debt simply reflects the timing of taxes. Higher spending and lower taxes today mean more borrowing that will need to be paid off by higher taxes in the future.

Not everyone will be happy about that, and the government’s resources are not unlimited. But because the economy grows over time, collecting those future taxes make spending today affordable.

In addition, the $23.5 trillion figure, while large, is a bit misleading because $6 trillion of this is owed to other government agencies like Social Security. While that’s real money, it’s a bit like owing your spouse.

As long as U.S. fiscal institutions are strong and effective, and the long-run productive capacity of the nation’s economy is secure, there is no economic reason to worry the government can’t afford a large stimulus package.

To remain solvent and ultimately pay what it owes, the Treasury – which sells notes and bonds to investors frequently to raise money to finance the deficit – need only balance its books over the long run, rather than over an arbitrary unit of time like a year. So annual national deficits are not always a cause for concern.

And in times of crisis, U.S. debt is seen as a haven, pushing borrowing costs even lower. Indeed, with these low rates, sufficient economic growth can allow the government to borrow indefinitely.

Many economists, including me, argue that fiscal stimulus is needed now because the disruptions from social distancing and other necessary precautions against the coronavirus will likely drive the economy into recession. The state of the nation’s public health is a valid concern of the federal government, as is mitigating the harm recessions can do to workers and small business.

The pandemic will end – that we can be sure of – and the economy will get back on track over time. But worries about the debt should not prevent government actions from helping people now. We can afford it.

This is an updated version of an article originally published on Feb. 14, 2019.

[You need to understand the coronavirus pandemic, and we can help. Read our newsletter.]