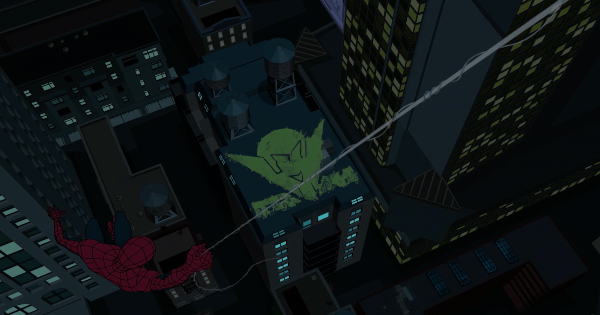 Last time on Marvel Spider-Man, our webbed hero took on a really quick bad guy. His normal tricks didn’t work thanks to the special suit they wore. So to take them down Spider-Man had to ask an old foe for help. Together they were able to bring this new enemy down. Now a new gang comes out of the shadows in ‘Goblin War’ part 1. I was able to watch a screener of this episode and here is what I thought of it. 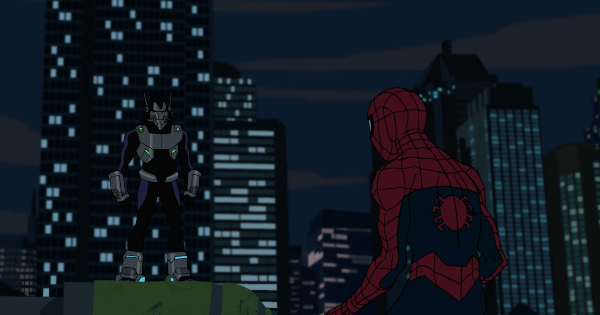 You can read the premise for ‘Goblin War’ part 1 here:

Spider-Man must team up with Spider-Girl, Ghost-Spider, and Doc Ock to track down a new threat, the mysterious Goblin Nation. But who is the new Goblin apparently behind it all? Could Norman Osborn still be alive? 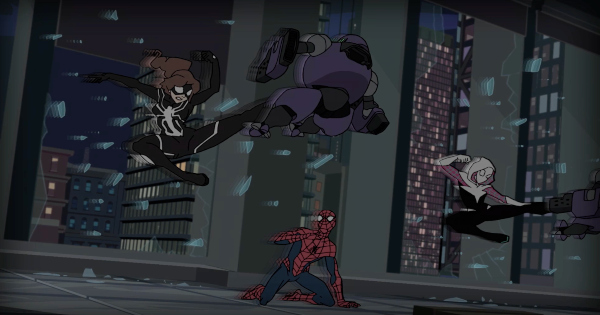 It looks like someone has taken on a familiar mantle in ‘Goblin War’ part 1. Peter has an idea who might be behind it, but Anya and Gwen have their own suspect. These heroes all come together to take down some spider slayers, and share what they know so far. As the episode moves forward they get to take on a couple of Goblins, and they are quite tough. With some help from Doc Ock, they are able to capture all of them. Yet as this episode comes to a close it looks like this war is just getting started. 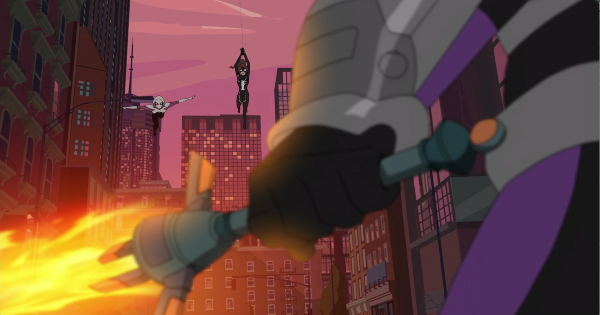 Marvel Spider-Man ‘Goblin War’ part 1 airs tomorrow night at 9:30 pm on Disney XD. You can follow this show on Facebook.