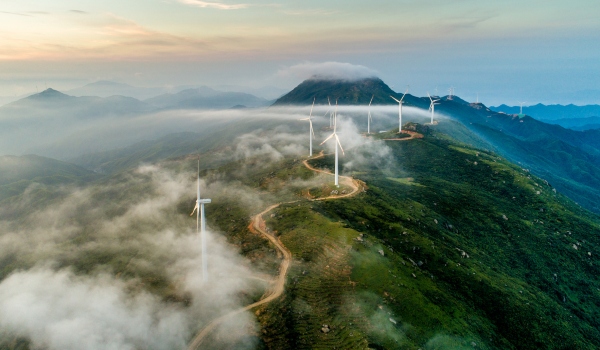 The decline of the humble orange roughy is a well-known story in world fishing: through the 1980s and 1990s, the fish was so popular in Australia and New Zealand that it became overfished and stocks sharply declined. The two governments put strict limits on its fishing, and the threatened species disappeared from menus.

Over time, populations of this deep-sea fish have recovered, thanks largely to scientific research that informed fishing restrictions. Researchers collect data on the abundance, distribution and behaviour of the fish using sonar systems, and then turn that data into valuable insights using the hydroacoustic visualisation and analysis software created by Tasmanian-based company, Echoview. It’s not just orange roughy that benefit: Echoview’s software is used by governments and scientists in more than 60 countries to help ensure the sustainability of marine and freshwater ecosystems.

Echoview is widely recognised as the go-to provider of hydroacoustic data processing software for the global scientific community.

The company was founded in 1995 in Hobart by a small team of scientists, and more than two decades on growth is strong. In the past four years, Echoview has expanded from 13 to 21 staff and earns 95 per cent of its revenue from customers based outside Australia.

A growing focus on aquatic science

At a time when climate change and overfishing are causing serious concern, the scientific study of our marine and freshwater environments has never been so critical.

“Echoview is going through quite a significant growth phase at the moment,” CEO Brett Merritt says. “The world of marine science is gaining more and more attention as interest grows in what we’re doing to the ocean, whether that’s sustainability or overfishing or plastics.”

Echoview’s client base has historically comprised government scientists studying fisheries and using their findings to inform fishing limits. These include NOAA Fisheries, an office of the US National Oceanic and Atmospheric Administration responsible for the stewardship of the country’s ocean resources and habitat, Fisheries and Oceans Canada, Marine Scotland, Korea Institute of Ocean Science & Technology and the Fisheries Research Agency of Japan.

“Thankfully many countries around the world understand that sustainable fishing is not just good for the fish and the oceans, it’s also sensible economics,” Merritt says.

Echoview is now attracting a new wave of clients, including commercial fishing operations keen to take a more scientific approach, and renewable energy companies that need to monitor the aquatic environment affected by wave and tidal energy devices.

Finding answers in schools of data

Echoview software works with echosounder and sonar systems that ‘ping’ sound into water and then listen for an echo. This remote sensing technique, called ‘active hydroacoustics’ (as opposed to passive hydroacoustics where researchers simply listen to underwater noises), reflects sound off objects in the water such as fish, plankton, debris, gas seeps and the ocean floor.

Sound travels well in water, so the systems listen for returning echoes (‘backscatter’) from the objects. Based on the voltage of the echo and the time it takes to return, researchers can learn an array of information including fish abundance, distribution, behaviour and size.

It allows users to process and analyse data, turning it into visual representations such as graphs that provide meaningful information and important answers.

One of the unique capabilities of Echoview software is its ability to analyse the water column: a conceptual vertical section of water extending from the surface to the bottom sediments.

Unlike other software, which focuses only on mapping the ocean floor to find things such as sunken ships or aeroplanes, Echoview is the only commercial company in the world focused on producing software that lets scientists study aquatic life at all levels, and the interactions between and within each ‘layer’ of the column.

Key to Echoview’s success has been its people, many of whom are Australian and international scientists, who bring precise expertise and strong links with the global scientific community. This extensive knowledge base allows the company to develop highly relevant software and deliver sought-after consulting and training services.

Merritt, a self-confessed ‘lover of data’, is a qualified geologist who transitioned into the area of scientific software. He joined Echoview as CEO in 2014 after his career took him to the deserts of Western Australia – where he was involved in diamond exploration for De Beers – to coastal New South Wales to his current home in Hobart.

Journeying further into the deep

Historically, sonar data has been collected by large research vessels carrying expensive crews and equipment. But according to Merritt, there is currently huge growth in the number of autonomous surface vehicles and autonomous underwater vehicles (AUVs) being used. These smaller vehicles are fitted with scientific instruments and sent off to explore, delivering data via satellite.

“There’s talk of having swarms of these AUVs – hundreds or thousands of them – feeding into the world’s understanding of oceans and aquatic life,” Merritt says.

This post was previously published on australiaunlimited.com and is republished here under a Creative Commons license