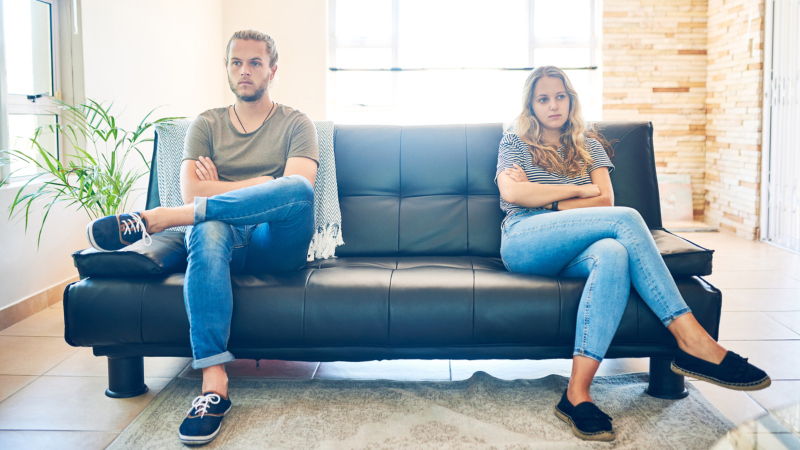 We have all done it — arrived at the point in some conflict with a friend or our partner where we feel it is easier to simply disengage and withdraw.

It’s called the silent treatment and, if you’re like me, you may have believed that choosing to simply ignore someone was a dignified response to a person with whom you have a conflict that you probably never wanted. Maybe you even figured that just saying nothing was the most loving and caring response. After all, my Mom always said, “If you can’t say something nice, then say nothing at all.”

However, if you thought that choosing the silent treatment was akin to choosing the moral high road, you may want to think again.

What is ‘The Silent Treatment?’

The silent treatment occurs in a relationship when one person approaches another person other with requests (perhaps for attention or change), criticism or complaints and the other responds with silence and/or emotional distance.

Frustrated by the lack of response, the person who made the initial requests often makes even more requests. The person who withdrew retreats further. “It becomes a vicious cycle,” says Sean Horan, Assistant Professor of communication at Texas State University. “Soon you’re no longer addressing the issue at hand. You start arguing about arguing.”

The Science of Silence

The Silent Treatment is Physically Painful

The silent treatment is a way to inflict pain without visible bruising — literally. Research has shown that the act of ignoring or excluding a person activates the same area of the brain that is activated by physical pain.

The silent treatment, even if it’s brief, activates the anterior cingulate cortex — the part of the brain that detects physical pain.

The Silent Treatment is Punishment

To actively ignore someone is actually a way of punishing them. Many people believe that retreating into silence is actually a way to prevent someone from being hurt or punished. However, the opposite is true. When you ignore a person, what you are really saying is, “I am going to punish you by withdrawing my presence from your life.”

The Silent Treatment is Manipulation

Many people think that choosing to be silent to is a way to avoid escalating arguments or to spare the other person’s feelings. Ultimately, however, the silent treatment is a method of manipulating or gaining control over another individual.

I think you get the picture.

The silent treatment isn’t all it’s cracked up to be. So, how should we approach conflict in a more healthy way? Here a few suggestions.

1. Take Time To Cool Off

The silent treatment should not be confused with taking time to cool off after a heated or difficult exchange. Williams suggests that instead of reverting to the silent treatment, try saying, “I can’t talk to you right now, but we can talk about it later.” Then, make sure the follow up conversation actually occurs.

When that follow-up conversation occurs, just listen. Don’t try to defend yourself. Just listen. Stop coming up with an answer in your mind. Just listen. Resist the urge to interrupt. Just listen! When they are finished airing their grievance, respond with: “I hear you.”

Saying sorry never killed anyone. Even if, after hearing their side of the story, you believe the person is still in the wrong, why can’t you simply say, “I’m sorry that I hurt you/made you upset?” By doing so, you are acknowledging their hurt, but not owning their baggage.

4. Make a Plan to Move Forward

If the relationship is one that you value, then you ought to make a plan to move forward. What needs to happen next? What are the next steps that need to happen to resolve the conflict? Make a plan and agree on it. Set a specific action to happen by a specific date, then remember to follow-up.

If you are one of those people who believed that withdrawing and shutting down was the best way of dealing with conflict, it’s time to think again.

Every conflict is actually an invitation for growth. All genuine relationships have conflict. The strength of those relationships is in how people chose to manage the conflict and move forward.