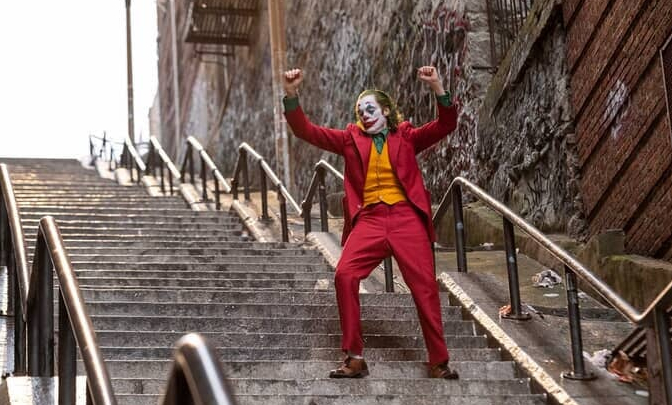 I don’t write about movies often. On the occasions I do, it’s likely because something bothered me.

I can’t deny the performance of Joaquin Phoenix. He is a gifted actor. He gave a masterful depiction of a troubled, anguished, sick character.

That only makes my criticism more severe.

I’m also not going to argue against First Amendment expression. The creators have an inalienable right to make and distribute this work, for profit or otherwise.

That simply makes them guilty of intellectual laziness at best, and self-serving irresponsibility at worst. I think both have occurred, and I am deeply troubled by this because of the film’s enormous audience reach. Its success makes the laziness and irresponsibility all the more pernicious. They could have done better. They deliberately elected not to do so.

I’m going to tell you why I think this movie is psychologically problematic, but first, let me warn you, this will be one of the worst spoilers ever. Do not read a sentence further if you intend to see the movie and don’t want the ending ruined.

Okay, if you’ve seen it or don’t care to see it but want to know why I’m upset, please read on.

It is important to remember that the core source material for this literary work is a comic book. I read comic books a lot as a kid, and in fact I was about as big a fan of Batman as they come. That was in the escapist pages of a comic book.

The character portrayal in this onscreen depiction seems to me evolved from the school of naturalism, extending the realm of realism to a more interpretive form of social commentary. The extreme portrayal seems less a form of entertainment than it is a comment on cruelty and its origin. The clown makeup does not separate the storytelling from the gritty suffering in the streets. The imagery throughout could appear as hyperrealism, as Stanley Kubrick approached similar territory in A Clockwork Orange, but that would have required artistic choices that aren’t evident in Joker.

There can be obvious real-world consequences to confusing the worlds of fantasy and framing souped-up slice-of-life imagery as somehow predictive or inevitable.

The ending for me is what matters when an artist seeks to claim the high ground of unconventional storytelling, purposeful inclusion of uncomfortable scenarios, or violence that is meant to disturb us in order to reboot our thinking.

It is precisely the ending of Joker that is the biggest problem for me.

Even deeper than the ending is the punchline, which snaps into place so conveniently because the unmasked Arthur Fleck aspires to be a comedian. The irony in that kind of payoff could have been emotionally rich and telling. Instead, it’s simply exploitative because it’s enunciated as instructional.

Here’s the punchline: “You get what you f*ing deserve.”

I was almost okay with the movie until that line was uttered. That’s when I believe the writers, producers, and director abandoned moral ground and just went for accelerated shock value.

I guess it’s the writer in me that feels a churn in my stomach when fellow creatives let hope for commercial success undermine their better judgment. It’s not about political correctness. It’s about pride in authorship, embracing the seriousness of disciplined expression. There are consequences to our craft worthy of foresight.

It’s extraordinarily difficult to craft a satisfying ending to any story. The more outlandish the story, the more difficult it is to structure an acceptable conclusion. By acceptable I mean an ending that doesn’t waste an audience’s time and reflects the values of those who create it. No creative team wants to be embarrassed by an ending that ruins all that comes before it, but the true test of an ending is time. How we feel when we create something is one thing. How history treats it or how we feel about it decades after its creation are entirely different benchmarks.

My immediate sense is that there are at least two distinct, conscientious ways to think about resolving a work of popular fiction as the creatives involved start working toward an ending. There’s poetic justice and there’s existentialism.

If the intention is poetic justice, a wrong should be avenged. It should be made clear that evil will not triumph over good, and though any world is imperfect, the arc of our commonality ought to bend toward justice.

If the intention is existential—nature in its own social element—no moral summation is required; the world depicted is exact, unforgiving, and unapologetic. Yet here a storyteller with something to say may bravely suggest an observation of irony or social critique. The observed criminality may not be a tool pointing toward redemption, but it can be a window of material reflection.

Neither of these occurs in Joker, and that is where the bad is enshrined.

When late in the movie Arthur is invited on “The Murray Franklin Show,” he shoots his idol dead and utters the words: “You get what you f*ing deserve.”

It’s a carefully plotted moment and among the worst forms of premeditated murder imaginable, celebrated live on television before a presumably horrified viewing audience.

Sadly, that is just a setup use of the punchline. The truer horror is to follow.

A few minutes later, the wealthy Thomas Wayne and his wife are shot dead in the street by a rioting supporter of the savage clown. He echoes the same phrase: “You get what you f*cking deserve.”

The moment the elder Waynes are slaughtered is without discussion or reflection specifically because it is integral to the larger epic of Batman. The child, Bruce Wayne, watches the brutal murder of his parents, which sets him on his life’s path to become The Dark Knight who will commit his adult life to avenging this wrong.

I’m sorry, I don’t buy it. That implied forward arc is not responsible storytelling. An act this vicious must be resolved in its own context or it is no more than isolated, exploitative horror.

Again, why am I so bothered?

Think of all the unconscionable violence around us. Think of the common occurrence of mass killings, of widespread gun violence too often triggered by mentally troubled individuals who have lost any sense of a moral compass.

Presume a tiny segment of the population watching this movie and these unnerving scenes are themselves abandoned victims of social cruelty. Might they see their own suffering in Arthur’s eyes? Might they also be in any way mentally disturbed as the film’s protagonist?

What the hell is the purpose of this punchline beyond its catchy shock value? Was this two-beat mimicry necessary to secure the film’s blockbuster potential?

My answer is that the filmmakers could have done so much better if they’d wanted something better. They could have had their cake and eaten it. All they had to do was worry as much about the possible byproducts of the film’s success as achieving financial gain. It’s not that hard to care about what you’re saying directly or inadvertently. It just has to matter to those at the helm.

If you want to tell difficult stories, you work harder to create difficult endings. Don’t walk away from the problems you frame just because you can. You have the right, but doing it isn’t right.