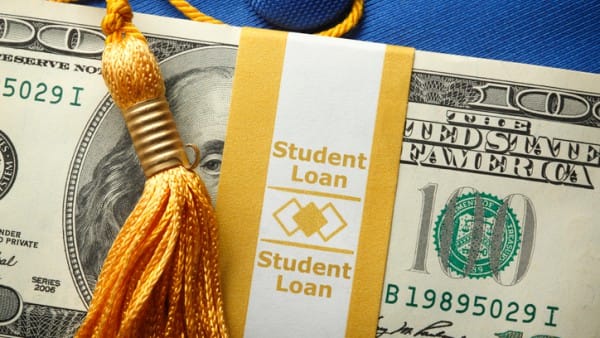 Sen. Willard “Mitt” Romney (R-UT), when he was running for president, had a stump speech generally accessible to the plebes. There was one point, though, that I could not follow no matter how many times I heard that speech or how much I thought about it. It was clear that Gov. Romney (as we called him from his last held office at the time, governor of Massachusetts) thought he had an applause line, but the result was always crickets.

He would spend a verbal paragraph throwing blows at President Obama for cutting banks out of administration of the federal student loan programs. Then came the promise to reverse Obama’s move and the futile pause for applause.

I scanned the newspapers. I directly queried every Republican I could buttonhole, which was quite a few. I remain at this time ignorant of the public policy button Gov. Romney was trying to push. As was every audience I saw him address on TV. As was every Republican I was able to query on the campus of a first rate university with a highly ranked business school.

Every time I tried to gin up a conversation with a person on the faculty I took to be a Republican, I came away with more impressions than facts. I had the impression that they thought Obama was wrong to cut the banks out of the process but they did not think that was a big deal in the long list of Obama’s sins.

I would ask how much the banks get.

“What do you mean?

“They don’t work for free, do they?

“Of course not. I don’t know how much they charge, but I bet it’s limited to a point or less.”

A point is one one hundredth of the principal amount of the loan, and the impression I get from a dismissive tone is that a point is a trivial sum, not worth quibbling over in the world of policy.

“Assuming it’s only a point, who pays it?

“What service does the borrower get in exchange?

“It’s more a service to the government to screen the loans for excessive risk.”

At this point, I’m lost. How do you gauge the amount of risk in a student loan? Your borrower is either going directly from high school or from one or more low paying jobs. Running a credit history would tell you nothing.

Are you going to check the borrowers’ grades? If they do that, the practice came along much after I rolled up an amount of student loan debt that took my breath away at the time. Now, I do not exaggerate when I claim that my students were borrowing more in one semester than I borrowed in the seven years I took to get my first two degrees.

I would not have signed the notes my students were signing. An Indian kid from flyover country is not used to promising to pay a sum with that many zeroes.

Plainly, though, there are lots of kids out there willing to sign on the dotted line.

“Assuming a bank is able to figure risk with a borrower who has no credit history, what incentive does the bank have to figure the risk accurately and report it correctly?

“What do you mean?

“Well, if the bank doesn’t write the loan because it’s too risky, does the bank get its point or less?

“That’s what I mean.

“Are you saying you think a bank would loan money to somebody not likely to pay it back just because the government guarantees the loan?

“If more of them got perp walks after the subprime mortgage meltdown, I’d have more confidence.”

We went round and round and I never did take Gov. Romney’s point, but if he thinks it’s really important then he should get another swing at it as Sen. Romney.

This makes me nervous. Not because Romney is a bad man. He’s not, but when he ran for POTUS that silent applause line was not the only time he showed that he lives on another planet.

Who could forget the time he was not finished with school but the value of the portfolio his daddy gave him for the purpose was so low he almost had to invade principal? Horrors! That was probably around the time when his sweet wife reported, “We were so poor we had to eat tuna fish out of a can!”

She does not even want to know how old I was when I learned tuna fish is for sale in ways other than in a can….but I know she means no harm.

I did not just get up this morning and decide to gig Mitt Romney for wanting to put the banks back at the student loan trough. I don’t even know if he still advocates that, but I do know that we all — left, right, and center — -need to figure something out or give up educating our young.

Since 1978, college tuition has gone up four times faster than the rate of inflation and Sam has been willing to guarantee loans for this outrageous gouging. Put together kids as go-to money spigots because they have no bargaining power and cheap money that will back whatever inflated costs are imposed and….what did you expect?

So says the editorial board of The Wall Street Journal when they pitched a fit over this outrage that’s been hiding in plain sight for so many years.

Obama’s fault, they say, comes from executive action he took to open flexible pay-back and loan forgiveness terms enacted by Congress in 2012 to pre-existing loans. The Congressional Budget Office scoring was wildly off and the government, they claim, managed to spend more on administration than those dear banks would have. The resulting losses, sayeth the Journal, “may be the biggest accounting fraud in history.”

I always thought that would be the Social Security Trust Fund, but I guess that can’t be because Obama wasn’t president.

What apparently set this off was the New York Federal Reserve’s quarterly household debt survey.

Remember how mortgages got really hard to acquire after the great meltdown? Mortgage delinquencies are at an all-time low of 11 percent. Cherry picking produces cherries. What a surprise.

Auto loans are becoming problematic at a rate of 21 percent, credit cards are getting sticky at 23 percent, but student loans take the prize at 35 percent.

If there is anybody who thinks every dime of that $1.5 trillion is going to get paid, I should like to hire her to sell real estate at my new Florida development, Climate Change Acres.

While we wait to decide the terms and the timing of loan forgiveness, the kids carrying this debt load are not buying cars or houses either because they can’t get loans or because they don’t dare with their student loan payments. 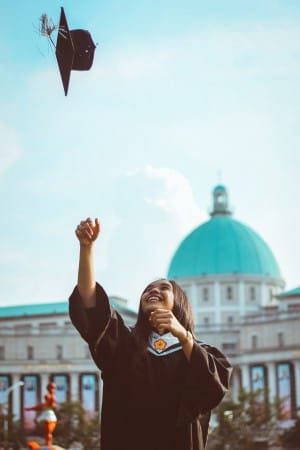 I am a walking advertisement for easy access to higher education. I was born and raised in Indian country by grandparents who had between them two small Social Security checks, a pension from the Spanish-American War, and what my grandmother could earn washing dishes at the greasy spoons on Route 66.

My tuition was fifty bucks a semester. That’s not semester-hour — that’s semester.

The taxpayers paid more for my education than I did, and I’m grateful. Also motivated to advocate for the kids coming behind me. That publicly funded education got me two great careers as a judge and then a professor and those careers required me to pay a lot more taxes than I would have paid pumping gasoline in rural Oklahoma — or whatever I would have done when the gas stations went to self-serve.

While I may be an advertisement for opportunity extended to an Indian child with no assets, the most important demonstration of why education matters is the rich guy living in the White House.

He’s an international embarrassment because he lacks the common knowledge base his peers expect. A POTUS should know what the United Kingdom is, the difference between Northern Ireland and the Republic of Ireland, the People’s Republic of China and the Republic of China. He should understand how a trade balance is calculated before attacking Canada and the relative crime rates between immigrants and citizens before attacking Mexico.

So is it President Trump’s ignorance that proves the value of education?

Not exactly. As Pogo said, we have met the enemy and he is us. Trump merely served up the caldron of offal we call post-truth politics — we are the ones who decided to eat it.