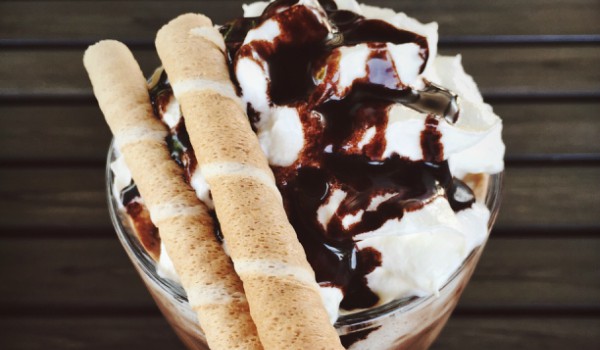 —
Delivering negative news to someone is hard. As a leader you will spend time doing it every month. In a rough patch, you’ll do it daily. It’s uncomfortable. It messes with your brain’s emotional centers. And it’s your job.

So some bright light invented the Shit Sandwich. I don’t know who. I first encountered it in the One Minute Manager. At this point it’s transcended into a management meme, like stack ranking, unlimited vacation, or funny hat Fridays.

It’s an hilarious metaphor. You are encouraged to laugh.

It’s also a load of 💩. H.L. Mencken got this right 100 years ago and we’ve been ignoring him ever since:

there is always a well-known solution to every human problem — neat, plausible, and wrong.

Ben Horowitz goes way too soft on it. The shit sandwich is held up as a clever management hack for a wide array of negative feedback scenarios. It should be dumped entirely. I’ve never encountered a scenario where it was the right call, and I’ve encountered a lot of scenarios.
Still, I get why templates can be helpful. When you’re starting out, or when you encounter a new situation for the first time, having a menu of options can bring some clarity. It’s a poor substitute for careful and situational communication, but I understand the appeal.
If you’re going to order off the menu, then, let’s check out a few of the other specials.

In the simplest, rawest case, you have to deliver some news that’s really hard to handle. Maybe you’re putting someone on a performance plan. Maybe they’re fired. Whatever the news is, there is no way they’re going to enjoy it.

In this case your goal is that the feedback is heard and complete, while leaving the recipient intact enough to move forward. Don’t bury it in praise. This is not a praise conversation. Doing that “shit sandwich” thing might make you feel better but it sends your person weird, mixed messages. Did the shit really matter, in the context of all that praise? What’s the take away from that conversation? That two out of three things are going well?

You also can’t just dump and run. You’re about to drop a bomb on this person that will impact everything about how they relate to their work with you. It might change big pieces of their life. They are adults and it’s fair to expect them to act as adults. But you have the power and the context in this conversation. The pro move is to put some thought into what they’ll need next, and have it ready.

Don’t just hand them a pile of shit on a plate. Yes, the shit is the main feature. But give them something to hold it together, and manage through it without a giant mess.

Not all tough feedback is so dire. In fact, the conversations I find managers most often want help with are ones about identifying and addressing a weakness. They worry that they’ll lean too hard on the weakness and make it sound harsher than intended. I worry they’ll lean too hard on the growth opportunity and lose the feedback about how their person is doing today.

This is basically good news. We’re going to work together and make things better. Don’t treat the shit as separate from the opportunity. They’re integrated and don’t make sense without each other. Every bite should have some of each.

Sundaes are served last. If you’ve done your job right, they’ve heard about a place where they’re weak, and are processing the next steps to invest and improve. You don’t need to find some unrelated praise to sandwich this. “This isn’t working but we’re going to make it work together” is fine.

There’s another kind of shit I see managers struggle with that’s actually really easy. These are the pro forma conversations where you, as manager, are carrying a shitty message. The CEO doesn’t like the new design. The funding didn’t get approved. Someone on your team screwed up and another manager is steamed about it.

I see managers wrestle with this and try to manufacture a shit sandwich or context for the news they have to deliver. Every time I’ve seen it, it’s been overthought.
Your org will get bad news sometimes. You will have to deliver it to your team members. They are grown-ups.

Pull them aside. Don’t wait for the next 1:1 and risk that the news leaks through other channels. Don’t spend a bunch of time on how you agree that things are unfair. Just pour it out in a single, clean shot. They will take it. They will probably appreciate the respect and directness. And they will move on.

Don’t Manage From A Menu

All of this is a terrible idea. The right way, the only right way, to deliver feedback is to be thoughtful about the context and the individual and the intent of the feedback. To be a genuine human being, basically. To be a good manager, and a clear communicator, and a respectful adult.
No hilarious 💩 metaphors can encompass all that. They’re offered above as illustrations that shit can take many forms, but really the whole idea is silly. Be thoughtful. Be kind. And whatever else you do, put down that sandwich.

A version of this post was previously published on mfbt.ca and is republished here with permission from the author.
—

Need more info? A complete list of benefits is here.”