If you can’t make a bundle in the digital world, you can join the gold rush of speculation in the financial industry. 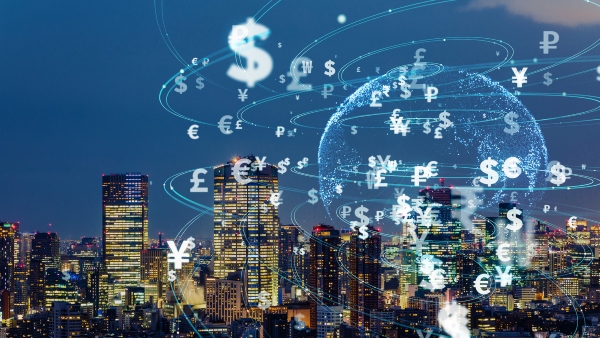 —
By William A. Collins

Now that Wall Street
Rules mankind,
We need banks
Of a different kind.

It used to be the manufacturers who ran the country — steel, autos, appliances, and the like. The president of General Motors, Charles Wilson, is remembered best for having a comment he made distorted into saying what was good for GM was good for the country.

Wilson eventually stopped trying to set the record straight, partly because at the time it rang so true. No longer. Other countries have learned how to make better cars and fridges. General Motors had to be bailed out. Today, banks run the show.

Sure, they’re just as arrogant and shady as the car companies, but bankers are better at politics. They’ve convinced Congress that not only are they too big to fail, they are also too big to regulate, or even to annoy.

The secret of the banks’ over-arching power lies in the feeble regulatory system that supposedly gives the government some control over them. By contributing generously to political campaigns, and by paying government leaders to speak at their conventions, bankers grease the ways for their own appointment to the very agencies aimed at regulating them.

Their lobbyists also kindly volunteer to submit drafts of the very legislation meant to govern their behavior. This system works well for the banks, but not for the rest of us.

The results of this profound failure at regulation are highly destructive. The Great Recession is only the worst example. Unreasonable mortgages are another, along with their first cousin, hasty foreclosures.

Unchecked banking fees and interest charges keep profits soaring, as do quiet backing for usurious payday loans and money laundering from drug trafficking. Even other corporations get cheated by underwriter swindles. And of course, investors get cheated by too-cozy relationships between banks and pliable bond rating agencies.

Simply put: Selling goods and services with a big growth market is no longer the only way to make boatloads of money. If you can’t make a bundle in the digital world, you can join the gold rush of speculation in the financial industry.

This post was previously published on otherwords.org and is republished here under a Creative Commons license.