Steven Dryden explores three executions under the Buggery Act during the 1800s, looking at how they were reported in the media of the time.

The Buggery Act of 1533, passed by Parliament during the reign of Henry VIII, is the first time in law that we see men having sex with men (MSM) being targeted for persecution by government. Sex between men was punishable by death until 1861 in the UK. 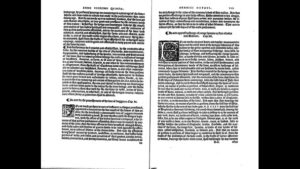 Accounts of MSM in the UK come predominantly from official sources and newspaper reports of trails, and only ever in relation to detection and punishment. Amongst the collections of the British Library we hold some fascinating accounts of trails and executions relating to MSM.

In the last week of April 1812 David Thomas Myers, a tradesman from Peterborough was tried and sentenced to death for an ’abominable crime’ with apprentice tailor Thomas Crow. The Sussex Weekly Advertiser gives us an idea of what occurred in court, describing the overcrowding, witnesses who testified and the demeanour of the accused. 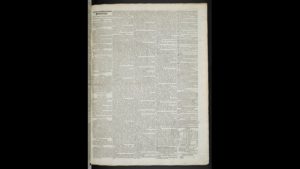 In a pamphlet held in the British Library we find David Thomas Myers again; this time his own words and feelings are captured. 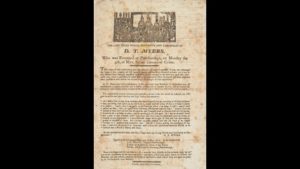 Reading these last words of David Thomas Myers, printed in 1812, the past comes crashing into the present. It is difficult not to read into his words with a contemporary perspective. Does ‘persons in my unhappy situation’ refer to David’s impending execution or his attraction to other men? There was an expectation that all convicted to die should confess to their crimes: ‘I confess that I am guilty of the crime for which I am about to suffer’. Can this be read as a public ‘coming out’? Archives and libraries give us the ability to go back and consider 1812 in a different light. We are ‘launched into eternity’, like Myers.

A Doleful Dirge on the Wicked Men recounts the case of William Arden, John Doughty and Benjamin Candler who were hanged at Lincoln Assize in 1823. 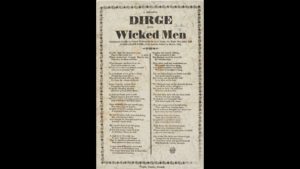 Similar to Myers’ account, the words that we might use to identify MSM – even those used during this period like ‘sodomite’ and ‘bugger’ – are absent. Instead the crime they have committed is referred to as ‘unnatural crimes’ and a crime ‘too dreadful to reflect upon’. There is reference to the biblical story of Sodom and Gomorrah, and the possible threat to England should these crimes go unpunished. This was the climate under which men who loved other men lived. Unspoken of. Unnamed. 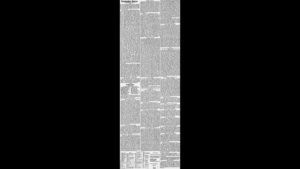 On 29 August 1835 James Pratt and John Smith were arrested and charged with buggery. A third, William Bonill, was also arrested. The three appeared in court on 29 September 1835 and the hearing lasted about an hour.

William Bonilll was the lodger of the room in Southwark, at 45 George Street, where the three men were caught and arrested. Bonill’s landlords, George and Jane Berkshire, had become suspicious of the number of male couples visiting Bonill’s room. They began to watch him and on the day that James Pratt and John Smith visited the room, the landlords contacted the police.

In court, the Berkshires recounted what they had witnessed when looking in through the keyhole of Bonill’s room. The majority of what they testified to seeing was anatomically impossible and would have been unimaginably difficult to witness though a keyhole. Regardless, an all-male jury found James and John guilty of buggery and they were sentenced to death. William Bonilll, in providing a room, was found guilty of conspiring to allow buggery to be committed and was deported to Australia for 14 years.

Despite appeals for the death sentence to be overturned from James Pratt’s wife, his minister and even the key witnesses in the case, James Pratt and John Smith were executed on 27 November 1835. They are now known historically by many as the last gay men to be executed in the UK.

The newspaper below, held in the British Library Newspaper Archives, reported the hanging, recording the words that were said by James as he prepared to watch John being blindfolded and executed at Newgate Gaol. The words speak to us across time, directly and urgently. 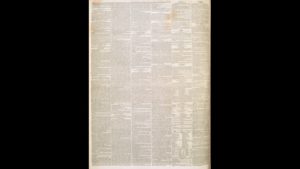 If the testimony given by George and Jane Berkshire was true, James Pratt and John Smith were two very brave men. In 1835, it would have been impossible under the strict social order of the day for these men to have sex with each other anywhere other than a brothel, a public toilet or park. James and John had sought out though, despite the legal and social implications of the time, a private place where they could be together.

What this newspaper captures is a moment in time – two men being hanged for an act which at the time was deemed a sin, a crime and socially unacceptable. As we read this newspaper article from 1835, the last living minutes of James Pratt and John Smith are with us in the present. It is difficult not to view the actions of James – as he cried out – as anything other than love, and that is a small consolation of history. However, what it also tells is a story of how far we have come as a nation in understanding and protecting all members of our society in law.

183 years ago this year (2018), as James and John were executed, few would have thought that the legal and social acceptance of same-sex partnerships would ever have come about. In 2017 the British Library commemorated the 50th anniversary of the passing into law of the Sexual Offences Act 1967. Gay UK: Love, Law and Liberty highlighted the tentative steps made by the UK in decriminalising and acknowledging that same-sex love between men and women exists as part of human nature.

Across the world the situation for LGBTQ people is incredibly diverse. Whereas some nations work to protect all their citizens, others actively persecute and execute.

In the following nation states, same-sex acts are illegal:

In the 13 bolded countries above, same-sex acts remain punishable by death.

The fight for all LGBTQ citizens around the world to live open and equal lives is ongoing.

This post was previously published on bl.uk and is republished here under a Creative Commons license CC BY-ND 4.0.