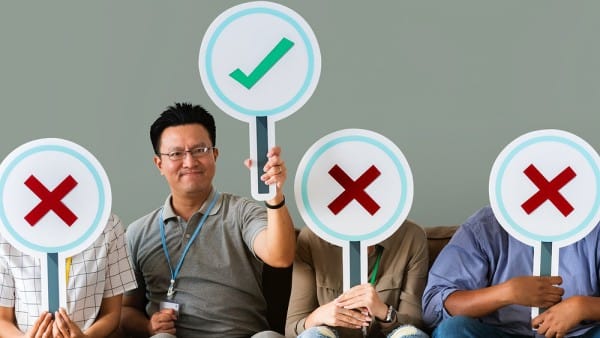 To err is human, but millions of people go through life assuming (and sometimes insisting) that they are right about nearly everything.

Common sense is a paradox.

It’s a collection of prejudices, accumulated advice, experiences, received wisdom, and inherited beliefs over the years. It’s based on the premise that we are smarter together than we are individually.

It’s supposed to prevent us from making irrational mistakes or decisions.

Common sense is sound practical judgment concerning everyday matters, or a basic ability to perceive, understand, and judge that is shared by nearly all people.

It’s the most important yet most misunderstood human skill.

When applied prudently, it can lead to better relationships, success in life and career, happiness, beating stress etc.

He defines it as “the mental ability to cope with the challenges and opportunities of life”.

Mark Turner, the author of “The Way We Think: Conceptual Blending And The Mind’s Hidden Complexities,” writes:

Common sense suggests that people in different disciplines have different ways of thinking; that the adult and the child do not think alike, that the mind of the genius differs from that of the average person, and that automatic thinking, of the sort we do when reading a simple sentence, is far beneath the imaginative thinking that goes on during the writing of a poem.

Common sense is often referred to a minimum level of rationality expected from an adult, but a flawed way of thinking can lead to some pretty bad decisions, especially when we all have a different idea of what common sense means.

Will Rogers said almost a hundred years ago that, “Common sense ain’t common”, and half a century before that Horace Greely also said, “Common sense is uncommon.” Duncan Watts, author of “Everything is Obvious: Once You Know the Answer” explains.

The problem with common sense is not that it isn’t sensible, but that what is sensible turns out to depend on lots of other features of the situation. And in general, it’s impossible to know which of these many potential features are relevant until after the fact (a fundamental problem that philosophers and cognitive scientists call the “frame problem”).

You are convinced in yourself that the simple and straightforward action you are about to take is the right one.

We can agree that something is common sense as long as we share the same set of assumptions. I think people really don’t understand how much of a problem this is, because they assume that what they think is common sense is right” says Watts.

Many people have the tendency to assume that their deeply-held beliefs are common sense because they cannot imagine anyone thinking otherwise.

But here is the thing, what feels right to one person may not feel right to another. What is common knowledge to you may not feel the same to someone else.

And the same set of assumptions cannot be used to make life-changing decisions or solve complex problems that require critical thinking.

…common sense is actually very good for resolving everyday situations, where everyone shares the same set of assumptions. The problem is that it feels so effective to us in these circumstances that we’re tempted to use it to make decisions and plans and predictions about situations that are not everyday situations, argues Watts.

People rarely test common sense for validity and soundness because it sounds right. If they are a reflection of the worldview and ideologies they have internalised, or believe, they are more readily accepted.

When they are not, they, are more readily rejected.

When we rely solely on our common sense to make decisions, we easily jump to conclusions and fall prey to the clear limits of personal experience.

Our default state is to feel like we’re right all the time, says Kathryn Schulz, author of Being Wrong: Adventures in the Margin of Error. She writes:

A whole lot of us go through life assuming that we are basically right, basically all the time, about basically everything: about our political and intellectual convictions, our religious and moral beliefs, our assessment of other people, our memories, our grasp of facts. As absurd as it sounds when we stop to think about it, our steady state seems to be one of unconsciously assuming that we are very close to omniscient.

When you think about it, common sense is more about judging (based on what we already know) than objective thinking.

But as a sociologist, I’ve also learned to be sceptical of common sense, especially when it is invoked as the solution to complex social problems, says Watts. Watt writes:

Why is it, for example, that most social groups, from friendship circles to workplaces, are so homogenous in terms of race, education level, and even gender? Why do some things become popular and not others? How much does the media influence society? Is more choice better or worse? Do taxes stimulate the economy? Social scientists have struggled with all these questions for generations, and continue to do so. Yet many people feel they could answer these questions themselves — simply by examining their own experience.

When everything is obvious, we arrive at conclusions without thought, and the outcomes feel true, regardless of whether they are, notes the psychologist and best-selling author of Thinking Fast and Slow, Daniel Kahneman.

Common sense begs the question: Are we psychologically well equipped to judge our own thinking and actions?

Unlike for problems in physics and biology, therefore, where we need experts to tell us what is true, when the topic is human or social behavior, we’re all “experts,” so we trust our own opinions at least as much as we trust those of social scientists.

We are highly susceptible to a range of cognitive biases, in many personal decision-making processes.

Common sense is a hindrance to problem-solving, argues Dean L. Gano, author of “Apollo Root Cause Analysis: A New Way of Thinking”.

Gano says that, because the way each person perceives the world is unique, the notion of common sense as a cure for problems won’t lead us to good solutions.

More difficult life problems can’t be solved by common sense as it requires higher level thinking or the application of multiple layers of problem-solving skills.

Instead of focusing on being right all the time, focus on being less wrong.

Expose your ideas to testing and validation.

When you believe you know the answer to common and simple problems, you make flawed assumptions about even complex situations.

This can cause disagreements over things you haven’t really thought through as much as you may think you have.

But when you keep in mind that even your most valued beliefs, values, and assumptions about life and living it could be wrong, you will not get too attached to them. You will maintain an open mind.

Instead of ignoring opposing views, and discounting arguments not in favour of your common knowledge, we need to take the time to understand others and why they take certain decisions.

The bottom line is that if we can learn to think in more open and rigorous ways, we can draw the most accurate conclusions and make the best decisions possible for the myriad of questions, concerns, and issues we face every day, be they mundane or impactful. And we might just all get along a little better too.

The human mind can easily be convinced that an idea is right contrary to indicators clearly demonstrating otherwise, especially when it supports preconceived assumptions.

Test your values, beliefs, and basic assumptions at all times to try to ascertain the practical consequences of applying a specific decision when solving problems.

Reflective intelligence is about being able to stand back and view the bigger picture so that you realistically appraise the situation or environment directly around you rather than forcing yourself to conform to its suitability or practicing wishful thinking”, writes WikiHow.

Making the most of the modern world and living life abundantly require us to understand cause and effect in complex systems, with consequences unfolding over years or decades.

And to increase your odds of success in life and career, there is no reason to believe that common sense is much of a guide to every problem.

This post was previously published on The Startup and is republished here with permission from the author.