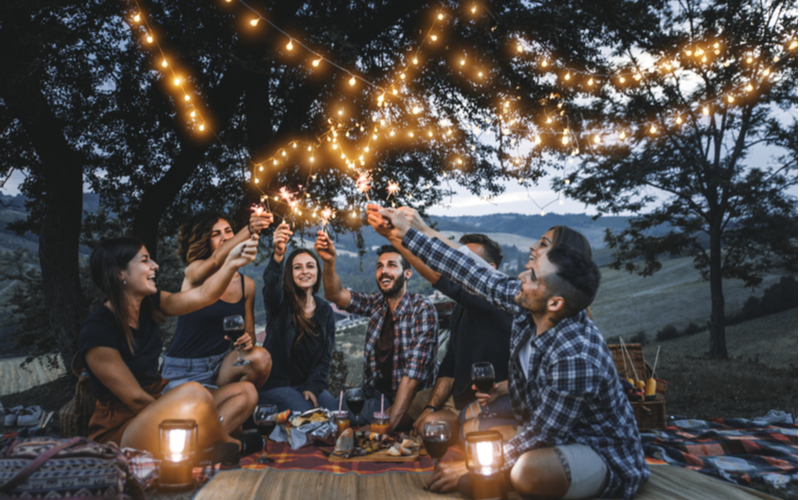 Being happy is not so complicated, you just have to understand what happens in your brain when happiness strikes. The four main ingredients of happiness are four neurotransmitters that make a great difference to our lives: serotonin, endorphin, dopamine, and oxytocin. We are going to tell you all about them and how you can increase their levels to be happy.

Serotonin is one of the main happiness chemicals, and its deficiency may cause several problems. It is mainly produced in the brain and in the intestines. That is why you have often heard that the gut is the second brain. A healthy gut can improve our happiness by helping the production of healthy amounts of serotonin.

Serotonin has an interesting production mechanism. It is produced in situations that might be surprising to you. For example, when people respect you and have a good opinion about you, your serotonin levels rise. Also, when you have a high social status or your status rises you feel wonderful because your brain releases serotonin.

Throughout history, serotonin has had an important role in survival. Our ancestors needed to be respected by the other members of their tribe so that they could eat first, guaranteeing survival, so seeking other’s appreciation is a common trait that all of us have and the persons that have low serotonin levels care more about this aspect than the others.

Oxytocin is a chemical produced in a region of our brains called the hippocampus. It is associated with maternal behavior and group interaction. The feeling of belonging to a group is a primal need every one of us has. This gives us a good feeling that neuroscientists associate with oxytocin.

Oxytocin is an important part of the happy feeling that is also connected to our ancestors’ brains. Living as a solitary person in the past was very dangerous and people felt safer when they were in a group. They could better protect each other from predators and also hunt in groups, which was more productive than hunting alone.

That is why the mammals’ brains have evolved so that they produce oxytocin whenever they are in a group, when they trust their group members and when they bond with others. Skin contact is an oxytocin production trigger, as well. That is why when people are in love their oxytocin levels are very high.

If you feel a little bit sad, some good remedies are hugs, cuddles, holding hands, as well as getting a massage, as touching makes you feel good and increases the levels of trust due to the oxytocin production.

Oxytocin is an important part of the mother-child bond. When they are cuddled and kissed by their mothers, babies release oxytocin. This is also related to survival as this good feeling prevents the baby from leaving their mother’s side so that they do not face the outside dangers.

As a conclusion, spending time with friends and family, being intimate with your partner and being in a large group of people, like at a concert hall, can make you feel happier and are an essential part of well being.

Dopamine is also called the molecule of more. It is connected to the ‘I did it’ feeling and to the hype you get when anticipating a reward or finding something that you have been seeking. That is why, sometimes, planning a vacation can be as fun as actually being on vacation. Dopamine makes the anticipation act fun.

You’re probably wondering if dopamine is also related to our survival instincts. The answer is yes. When finding food and hunting was really hard for our ancestors, the thing that kept them going was the anticipation of the moment when they were able to eat their prey. This was the key to completing this hard task of being a food provider for oneself and for the group.

This feeling given by dopamine is why runners finish the race by anticipating the moment they hit the finish line and it is the hype that a football player gets when he scores points for his team.

You can also get your dopamine rising from random activities, like waiting for chickens to pop out of their eggs that you have been taking care of in your Chicken Egg Incubator.

You can improve your happiness by increasing your dopamine levels in a few simple ways. The easiest way is to learn new things. This feels good because of dopamine.

Also, dopamine is produced when you fulfill a task. So if you have an important project to get done, try to break it into small tasks. You will increase dopamine levels every time you fulfill one and you will have an urge to have more and more done.

If you view your problems as challenges, the chances of increasing your happiness levels are higher due to the fact that dopamine likes challenges. Completing a goal is also a dopamine trigger, so setting yourself exercise goals or studying goals can make you more productive.

Endorphins are the body’s natural pain killers. It will be a surprise to you to find out that morphine and heroin are mimicking endorphins as they fit the endorphin receptors. Endorphin has the role of giving you the power to get to a safe place when you have been attacked by a predator or when you have been injured, by masking the pain.

A good way of stimulating endorphin production is by exercising. You have probably heard of the ‘runner’s high’. It is a feeling of happiness given by the release of endorphins into your bloodstream. Eating your favorite foods and especially eating chocolate can give a boost to your endorphins. Studies have shown that creating music has the same effect.

It is important to know what is happening in your body when you are happy or unhappy. If you want to be happier, you can incorporate some of the simple activities we have talked about into your daily routine, like getting enough exercise to have balanced endorphin levels and meeting friends and family to have good oxytocin levels.

Set up goals and small challenges to raise your dopamine levels and become great at something so that you get the awesome feeling the serotonin gives you when it kicks in due to the respect you get from others. It is so easy to make yourself happy!

This content is brought to you by Tudor Constantin.