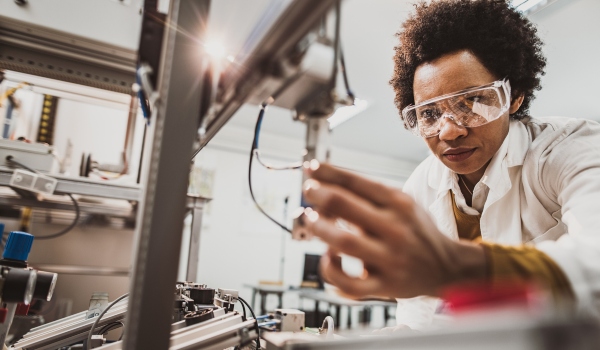 Critical approaches to the smart city concept are used to begin highlighting the promises of makerspaces, that is to say, those emerging urban sites that promote sharing practices; exercise community-based forms of governance; and utilize local manufacturing technologies. A bird’s-eye-view of the history of makerspaces is provided tracing their roots back to the hacker movement. Drawing from secondary sources, their community-building, learning and innovation potential is briefly discussed. Makerspaces, this essay argues, can serve as hubs and vehicles for citizen-driven transformation and, thus, play a key part in a more inclusive, participatory and commons-oriented vision of the smart city.

Urbanization is a trend of our times, with the largest share of the human population globally living in cities; a trend that is only increasing. Cities are economic centers that through the consumption of massive resources lead to heavy environmental impact as well as to social contestations and conflicts. This creates the need for new conceptualizations for a city that will be able to deal with the current issues in more imaginative, inclusive and sustainable ways.

In this paper, critical approaches to the smart city concept are used to begin highlighting the promises of emerging urban sites that promote sharing practices and commons-based peer production.

In light of the rise of the collaborative commons, i.e., shared resources, the concept of urban “makerspaces” is discussed. The latter are community-led, open spaces where individuals share resources and meet on a regular basis to collaboratively engage in creative commons-oriented projects, usually utilizing open source software and hardware technologies. Through the intersection of digital technologies and urban life, several initiatives have emerged that attempt to circumvent the dependence on private firms or governments to provide solutions.

What is the community-building, learning and innovation potential of makerspaces towards a more inclusive, commons-oriented smart city?

Makerspaces can be viewed as community-run hubs that connect citizens not only of the same city but also of other cities worldwide. Approximately 66% of the UK-based makerspaces collaborate with other UK-based or foreign makerspaces on a regular basis, while 46% contribute to commons-oriented, open source projects which normally have a global orientation. Yet, individuals are more engaged and committed to one local makerspace. Further, two of the top reasons people use makerspaces are socializing and learning. Hence, makerspaces can be platforms that cultivate relationships and networks, building social capital, i.e., “social networks and the attendant norms of trust and reciprocity”.

However, claims around the potentialities of makerspaces are still speculative and depend on how individuals associate with such places. While makerspaces have been built in ethnically and geographically diverse environments, there is yet a lack of racial and gender diversity within many of them. For instance, membership is predominantly male in 80% of UK makerspaces and 77% of China’s makers are male. Additionally, 81% of U.S. makers are male with an average income of $106,000. These are indications that participation in the maker movement is heavily dominated by affluent men.

As an attempt to correct this lack of diversity, some feminist and people of color-led makerspaces have emerged, such as Mz Baltazar’s Laboratory in Vienna and Mothership Hackermoms in Berkley (feminist spaces created in 2008 and 2012 respectively) or Liberating Ourselves Locally in Oakland (a “people of color-led” space created in 2012). However, such strategies have been met with controversy, since they are deemed to go against the principle of openness.

The learning potential of making coupled with open learning environments; project-based learning; informal tinkering; and peer collaboration can motivate the social learning and personalized involvement of participants. Makerspaces exhibit the aforementioned characteristics and, thus, show great promise as emerging learning hubs. That is why makerspaces have recently generated much interest in diverse educational circles. For example, several libraries and museums have created spaces with the aim to empower creative activity, resource-sharing, and active engagement with making, materials, processes, and ideas in relation to their collections and exhibits.

It appears that makerspaces offer the capacity for informal community activity as well as a proper learning environment with a focus on productive processes rather than skill-set building. Varying activities may be combined (like programming and hardware building and even manufacturing tools development), following the approach of constructionism.

Nevertheless, inclusivity and participation in such educational activities is not assured. Although more than 50% of UK makerspaces offer support, courses and tool inductions, the majority of makers are well-educated and technologically-confident. Likewise, 97% of makers in the U.S. have attended or graduated from college, while 80% say they have post-graduate education. Thus, to facilitate learning for diverse users, makerspaces should be staffed by qualified educators who are knowledgeable about theories of teaching and learning as well as about user needs and behaviors.

In makerspaces people innovate and learn together by making things and using the Web to globally connect and share designs, tutorials and code. They offer creative environments where sustainable entrepreneurs, potentially with diverse motives and backgrounds, can meet and interact and thus benefit from synergies and the cross-pollination of ideas. Moreover, in makerspaces designers can come together and collaborate in participatory explorations during the use phase by prototyping, adding small-scale interventions and, therefore, moving from a “design-in-the-studio” to a “design-in-use” strategy.

Several innovative entrepreneurial endeavors and start-ups have emerged through makerspaces. This article refers to some prominent cases with the aim to provide an overview of the most mature examples that cover a wide spectrum of areas, from ICT and local manufacturing technologies to farming, culture and neuroscience.

In all, makerspaces should not be viewed merely as experimentation sites with local manufacturing technologies but as places “where people are experimenting with new ideas about the relationships amongst corporations, designers, and consumers”. The review of makerspaces-related innovation illustrated that they mainly produce user-led, incremental product and process innovations. Some of the aforementioned projects and eco-systems, such as the RepRap- or Arduino-based eco-systems, may represent both the Schumpeterian and social-oriented understanding of innovation. They seem to create win-win situations for both instigators/entrepreneurs and society, and inaugurate commons-oriented business models which arguably go beyond the classical corporate paradigm and its extractive profit-maximizing practices.

Are makerspaces a manifestation of the “new spirit of capitalism” that has successfully incorporated and adapted several of its various critical cultures? Or could we consider makerspaces as sites with non-negligible post-capitalist dynamics? Both possibilities still exist.

If we subscribe to the idea that at least some makerspaces can be seen as CBPP in practice, then, makerspaces may belong to a new form of capitalism but, at the same time, also highlight ways in which this new form might be transcended. If the dominant discourse of the “smart city” project is aligned with a neoliberal, corporate vision for urban development, then the “makerspace” could simultaneously be a source of legitimacy for the project and also serve as an institution for citizen-driven transformation.

An alternative vision for the smart city may be possible through a commons-oriented approach, geared towards the democratization of means of production. The basic tenet of this approach encourages citizens to participate in creating solutions collectively instead of merely adopting proprietary technology. In addition to virtual connections observed in several sharing economy initiatives, makerspaces can be the physical nodes of a collaborative culture. Further, they can serve as a new “design template”, where knowledge/design is developed and shared as a global digital commons while the actual customized manufacturing takes place locally, thus initiating a decisive break from the current production model.

This post was previously published on blog.p2pfoundation.net and is republished here under a Creative Commons license.