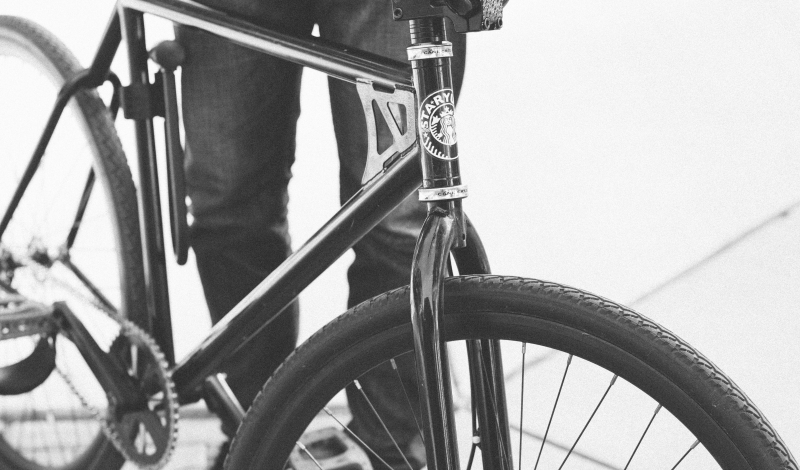 My father bought one of them. The worst one, of course. That “of course” isn’t really fair. I mean he barely knew me. How could he know what I wanted?

My relationship with my father was mostly transactional. Just a few minutes of talking before money changed hands. And then he was gone. I don’t remember, but at some point I must have said that I wanted a bike. I would have been ten years old or so.

And, one day, he bought me one.

Prior to that, I’d owned another bike. A Huffy BMX. Great bike. But I hadn’t owned it long before someone stole it from my yard. It was that kind of neighborhood, though I guess opportunists live in lots of neighborhoods.

It would have been a late spring or early summer day. I came home to find it in the living room. “Your daddy came by,” my mother said.

We stared at it together.

It was a monstrosity.

A black, 3-speed “bus” as we called such bikes back then. It didn’t have a basket on the front for the flowers you’d picked up from market, but it did have the attachments for it.

It was the first actual “thing” that my father had ever bought me. He’d gone to the store and picked it out. Then he’d wrestled it out of his car and up our stairs, presumably before driving home to his real family. And I’d wanted to love it.

But how could I?

It was the early ’80s, and everyone I knew who owned a bike at all, owned a BMX bike. I wanted to race and pop wheelies and jump ramps. But I had been bought a bus.

My mother said, “You can take it back for another one if you want.”

I nodded. The big yellow receipt from a local toy store was still attached. I could take it back and exchange it for a BMX and still have money left over.

And it really needed to go back immediately. Without delay. I couldn’t even be seen riding something like that. The neighborhood kids would kill me.

But how could I take it back?

My daddy had actually bought me something.

When you see your father for about an hour a year, something like this is big. He’d tried. And I’d have to try, too.

At some point, a day, or a week later, I’d taken it outside for a ride. And the ridicule had been almost instantaneous. It was the weekend and my neighbor had been having a barbecue. Big turnout.

Every time I passed the neighbor’s party (to which we had not been invited) the kids at the party jeered and hooted. And since I’d been limited to riding the length of the long run between my house and the end of the block, this happened about, oh, every five minutes.

And I couldn’t blame them. The damned thing had whitewalls. I was a ten-year-old riding a granny bike with whitewalls in the hood.

The worst part was that I had a crush on my neighbor’s cousin, Charlotte. She was maybe twelve or so and at that magical age when the girls are all starting puberty and are pissed about it. She had probably come home to a training bra that summer. She led the taunting.

After a half-dozen loops, I’d had enough and wrestled the oversized bike back into my house. Where I’m pretty sure it largely remained until rust or the scrap metal man claimed it.

And I never bought another bike. Not for over thirty years. Though I’ve thought of buying one many times. I don’t know why. I guess I felt I hadn’t had good luck with them. I’d lost one that I’d loved and been stuck with one that I hated. Seemed that bikes were more trouble than they were worth.

I’ve wanted to do a triathlon for a long time. Which is funny because I don’t ride bikes and I am the world’s slowest runner. I didn’t even learn to swim until about 2010, when I was forty years old.

But last year I decided that I would do the Chicago Triathlon SuperSprint, and for that, I’d have to bike six miles. I signed up planning to use a ride-share bike — a Divvy. But at some point I decided I was being silly and bought a bike from my local shop.

Funny thing is, it’s a hybrid bike, equipped with more gears than young me could have imagined, but it really doesn’t look all that different from the one that I’d been literally laughed off of forty years ago. It’s even black.

I wish the old man could see.