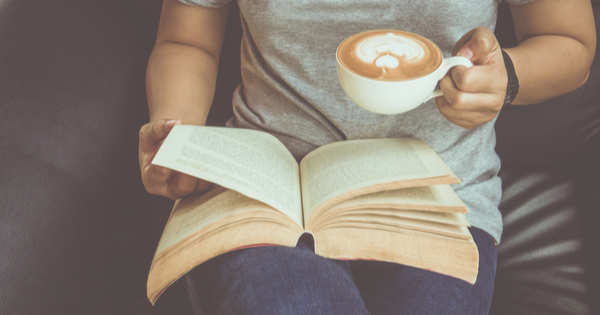 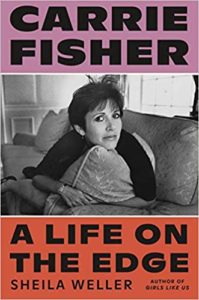 DISCLOSURE: In the mid-1970s, before “Star Wars” put her in a more stellar orbit, Carrie Fisher and I were friends. At one point, she wanted to audit my screenwriting course at NYU. She never showed up, but I awarded “Student Fisher” an honorary A. Sheila Weller is a more recent friend. I reviewed her landmark biography, Girls Like Us: Carole King, Joni Mitchell, Carly Simon — and the Journey of a Generation, and pointed her to a few sources for this book.

Carrie Fisher had everything. And then again, she didn’t have a chance. Her parents — you know: Debbie Reynolds and Eddie Fisher — divorced when she was 2. At 16, she dropped out of high school and co-starred with her mother in a Broadway show. At 18, she was a teen seductress in Warren Beatty’s “Shampoo.” Two years later, with ridiculous hair, she was Princess Leia. Novels followed, most notably Postcards from the Edge (she wrote the screenplay; Meryl Streep played her thinly fictionalized character, Mike Nichols directed). She hit some bumps, and shared them in Wishful Drinking. In her last book, The Princess Diarist, she shared a 40-year secret: her affair with Harrison Ford during “Star Wars.”

And then she died.

The autopsy revealed all manner of substances — what the press likes to call “a cocktail” — in her blood: cocaine, methadone, MDMA (Ecstasy), alcohol, opiates, “and an exposure” to heroin. None of this was a surprise. Fisher was so open — so self-deprecating, so funny — about her bi-polarity and drug problem that it almost seemed she was doing commercials for her condition. As her brother said, Carrie’s battle with drugs and bipolar disorder “slowly but surely put her health in jeopardy over many, many years. I honestly hoped we would grow old together, but after her death, nobody was shocked.”

Sheila Weller grew up in Hollywood when “stars lived like regular people.” But Carrie was a generation younger, and from the beginning, anything but regular. When Debbie’s marriage to Fisher ended, she got no alimony or child support. Carrie saw that as a judgment: “Eddie left because I was a disappointment.” Two paths followed, both dead ends. One was the need to please a difficult man (hello, Paul Simon). The other was to bond with her suffocating mother: “The umbilical cord was never cut.”

Like Debbie, Carrie showed no flaws, shared no heartache: “It was crucial that I appeared to be a kind of nonchalant citizen of the weary part of the world.” In public, she got away with the quipster persona. Watch her with Charlie Rose, trying to get a word in:

Off-screen was a different, darker story. A friend told Weller, “I would have put money on Carrie dying before John [Belushi] did.” After a failed pregnancy, Paul Simon was ice to her. She sometimes took 30 Percocet a day. When she was diagnosed as bi-polar, she named her warring personalities: “Rollicking Roy” and “Sediment Pam.”

This is not attractive stuff, because as much as Carrie fought her demons, you don’t quite sense she tried all that hard. “I can do wrong better than anyone,” she joked, and while that’s rueful, don’t you hear the faint signals of privilege under the surface of cleverness? Phone calls that lasted 8 to 12 hours? I believe it. One night we were to meet at her apartment at 11 PM. A few minutes after I arrived, David Geffen called. I left at 2:30 AM because it was clear that call was far from over.

Weller casts Carrie in heroic terms, and she has a point. Her openness about her bi-polarity cut some of the stigma from the disease. And although she once told me that we were “too sensitive to live,” she tried damn hard to stick around. And better, to make life brighter for others.

“If my life wasn’t funny,” she said, “it would just be true, and that would be unacceptable.” I see her bravery as the code of the show-biz pro. Ridiculous childhood, success no human could handle, mental illness that wasn’t tamed — and yet, year after year, she slathered on the greasepaint and went out and put on a show. But “Life on The Edge” is 416 pages; like almost every recent book, much too long. Especially in this case: by the end of the fifth or sixth overdose, it’s hard to see Carrie as an icon or a heroine. Victim of circumstance seems more like it. Tragic figure. Poor little rich girl. Doomed. Never had a chance.
—