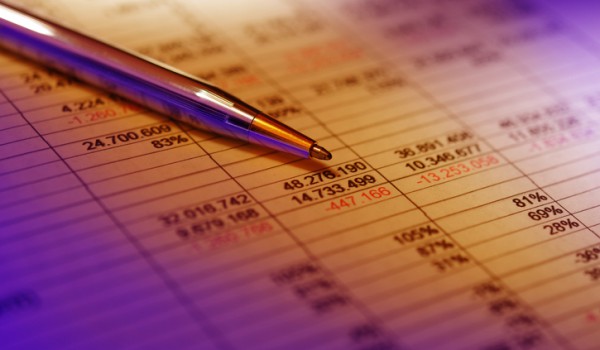 Great gobs of political money are going to disappear down the hungry maw of Texas media in 2020. The media markets in Texas make it hard for a candidate without the cash incumbency brings or support from a national party to be competitive.

To visualize it, the legendary story of how Southwest Airlines took flight from Herb Kelleher’s cocktail napkin in a San Antonio bar is useful. It’s said that he drew a triangle on the napkin and labeled the points San Antonio, Houston, and Dallas. The idea was to make commuting among the three Texas business nodes cheap and easy. Austin was smaller in those days, but it got added in because a lot of corporate legal and political work has to happen in the capital.

There were lots of other tricks involved, but the idea from the customer’s point of view was that a lawyer from Dallas could fly to Austin early in the morning for a hearing, get his business done, and be back in Dallas for lunch. Without owning his own aircraft.

Each of those three business nodes is a monster media market where it is necessary for a statewide candidate to play and very expensive. Since Austin became first the hub of outlaw country music and then silicon valley on the Third Coast, it has joined in to become a fourth high dollar venue for campaign bucks.

While those are the four big money sucks, playing in all of them will not get you saturation coverage of Texas voters. There are many media markets out of the reach of the majors, a problem that has been somewhat mitigated by the rise of cable television, which greatly expands the coverage of the big stations in the big cities. Still, you will do better to localize your message for Amarillo in the panhandle, Wichita Falls on the Oklahoma border, Tyler and Texarkana in the piney woods of East Texas, Corpus Christi on the Gulf Coast, and El Paso, which is in a different time zone. If you are in El Paso, you are closer to Los Angeles than you are to Texarkana.

And that is just your media budget. You need bodies on the ground, organizers to recruit and train volunteers from Lubbock to Lufkin to Laredo. Speaking of Laredo, fluency in Spanish ranges from convenient to necessary everywhere south of San Antonio. Sorry about that, Mr. Trump, but real Texans do not apologize for being bilingual, and winning statewide candidates have ads up on Spanish language media in big chunks of the state.

Why in the world would the Democratic National Committee jump into a solidly red state where it is so expensive and so complicated to play? Even a head fake in that direction can drain money from the Republicans, but Donald Trump has been raising money for 2020 since the day after his inaugural and the GOP coffers runneth over. The Republicans are well into “money is no object” territory, so the Democrats have more to fear on the spending front. They will confront any fear because there are 38 electoral votes at stake, winner take all, second only to California’s 55 and more than the 29 in each of two other expensive and high profile states, Florida and New York.

What difference the size of the prize if there is no chance of winning it? There are reasons to think the Democrats have a chance in addition to Beto O’Rourke handing Ted Cruz a political near-death experience. Beto’s run was atypical for lots of reasons, starting with Ted Cruz being the most despised man in the senate even by Republicans — or maybe especially by Republicans.

Beto attacked a state the size of Texas with retail politicking, an unheard of tactic. When a hurricane whacked Houston and Cruz was jostling with other pols for TV notice, Beto came off his frenzied driving schedule and started delivering supplies to individuals using his campaign van without telling them he was running for senate.

The Cruz campaign’s idea of an insult was to call Beto “a triple meat Whataburger liberal,” which left a lot of people scratching their heads and probably sewed up Nueces County for Beto. That county’s major city, Corpus Christi, has given two major gifts to Texas and to the world: singer-songwriter-fashion designer Selena Quintanilla and the Whataburger. Disrespect to either is fraught political territory, and even though nobody knew exactly what Ted Cruz meant, it had to be disrespectful because….well, because it was Ted Cruz.

Beto drew attention but the DNC needed grounds to believe Beto was not a one-off. The last pre-Beto Texan to draw outside attention and outside money was State Senator Wendy Davis, who accomplished a 13 hour filibuster the old fashioned way, with a catheter and a pair of red tennies. Texas rules do not even allow the speaker to lean on a desk. The only respite from talking — and all talking must be “germane” in the opinion of the presiding officer — is when friendly senators interrupt with long-winded questions.

In the face of the physical challenges and of the man with the gavel ginning up flagrantly false violations of the arcane rules — three of which would end her floor time — she made it within minutes of the end of the session. When she was called for the third fake violation the people in the gallery erupted with screams and catcalls and chants that spread to the spillover crowd in the rotunda and the general chaos left the senate unable to vote on the bill she was filibustering, a measure to shut down most clinics in Texas that provided abortions.

Her heroism made her a national reputation and rendered her red shoes iconic in Texas. She gave up her seat to run for governor in the next election and she was able to attract enough money to be competitive. Greg Abbott’s campaign spent $2.93 million on advertising and worked to brand his opponent “Abortion Barbie.” Wendy Davis was able to hang in spending $2.24 million. She got 38 percent of the vote in 2014.

In the coming election, she is running for Congress in district 21, currently held by one term Republican Chip Roy, whose immediate response was to claim Davis is Nancy Pelosi. District 21 is one of those pie slice gerrymanders that meet in Austin and make the People’s Republic of Austin the largest urban area in the nation without a congressman of its own. So Davis is set to surf the blue wave if there is one.

At the turn of the 21st century, people of color were 47 percent of the Texas population, and they are now the majority. The Republicans run the state government and their response to the shifting demographics was voter suppression laws, including a picture ID requirement that contained a very short list of IDs for voting.

They took a swing at student voters at the same time by omitting student IDs — even from state schools — from the list of acceptable voting IDs. A concealed handgun license would work, though.

George W. Bush’s idea of appealing to the conservative bent of some older Hispanics is gone with Bush. With the exception of Land Commissioner George P. Bush, Texas is following the path that worked so well for Pete Wilson in California and is thought to be working for Donald Trump: Insult Hispanics every chance you get and discourage them from voting.

Some people think this is why the Hispanic vote is going the way of the black vote and becoming reliably Democratic. It was voters of color — no longer “minorities” — who almost put Beto in the senate. Hispanic voter participation is growing more quickly than Hispanic population. The number crunchers said Beto would need 35 percent of the white vote to win. He got 31 percent.

Concurrent with the browning of the Texas electorate, the white vote is moving to the left both because it is becoming more urbanized and because young people’s opinions are substantially to the left of their elders. Litigation has pretty well shut down the GOP response, which was to try to keep college students from voting where they go to school. Absentee ballots are a lot of trouble and that keeps them out of the local races where they are likely to have an interest in the issues. 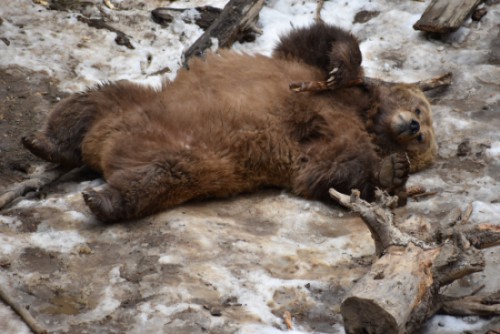 The “sleeping giant” metaphor has been a staple of Democratic politics in Texas for a long time. Why is 2020 different, or at least different enough to raise the money to compete?

*We have a Republican president who came out of the chute insulting Mexican immigrants and who is trying to take land away from farmers and ranchers to build a wall in Texas nobody wants.

*The black vote is reliably Democratic because of a history of poor treatment by Republicans.

*The Hispanic vote is trending Democratic for the same reason as the Hispanic population grows and, as important, more Hispanics vote in self-defense.

*The white vote is moving left as we geezers pass on and the youngsters get to express their opinions in the voting booths.

The size of it is open to dispute as is the size and direction of the Trump Effect, but there is a blue wave coming to this red state. If not this time, then soon, there will be enough blue mixed with red to make purple. The Democrats are betting on this time.