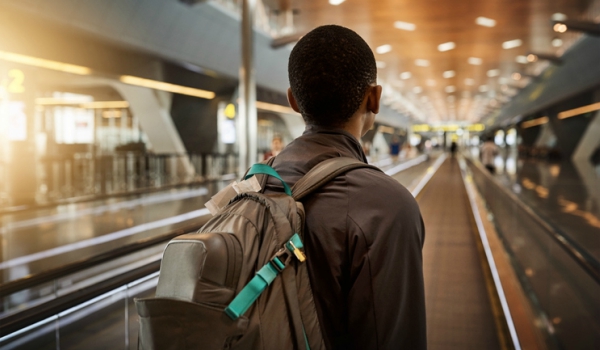 In a goal-obsessed world, everyone strives to achieve something great.

And we often assume that we will be happy as soon as we get that job, get a raise or promotion, earn a certain income, go on vacation, buy a house, get married, have a baby, move to a better city, or for writers — launch a book. We pin our hopes for happiness on a shifting array of targets that keep changing.

This mindset is a psychological thought trap many high-achievers are familiar with. The truth is, the moment of achievement, although glorious, is only fleeting.

When all of your hard work is focused on a particular goal, what is left to push you forward after you achieve it?

“Goal-hunting activities activate the brain’s reward centers and deliver a daily sense of accomplishment,” says Tal Ben-Shahar. But once you achieve that goal, it’s often less satisfying than expected.

In his book “Happier: Learn The Secrets To Daily Joy And Lasting Fulfillment,” Harvard psychologist Tal Ben-Shahar calls it the arrival fallacy. Dr. Ben-Shahar coined the term arrival fallacy after experiencing its effects as a young elite squash player.

“I thought if I win this tournament that then I’ll be happy,” he said. “And I won, and I was happy. And then the same stress and pressure and emptiness returned.”

He defines the arrival fallacy as: “The false belief that reaching a valued destination can sustain happiness.” He says, “Arrival fallacy is this illusion that once we make it, once we attain our goal or reach our destination, we will reach lasting happiness.”

It’s the strong belief that when you accomplish something great, you’ll finally be happy, as opposed to focussing on enjoying the progression towards the destination in mind.

Arriving at a destination rarely makes you as happy as you expect. Management consultants George Parsons and Richard Pascale call it the summit syndrome among over-achievers — who focus not on their goals but only on their craving for the adrenalin that comes from continually challenging themselves.

“Inevitably, they over-extend for too long… and end up burning out. When they then attempt to put their lives back together, they become painfully aware that they’ve no sense of a bigger picture,” they said.

Pursuing goals isn’t a problem. It only becomes a trap when you focus on its attainment for your happiness in life. Goal attainment is, at most, equally, if not less important than the progress towards the goal. Once you cross the finish line, the experience is often less satisfying than expected.

“These individuals start out unhappy, but they say to themselves, ‘It’s O.K. because when I make it, then I’ll be happy,’” he said. But then they make it, and while they may feel briefly fulfilled, the feeling doesn’t last. “This time, they’re unhappy, but more than that they’re unhappy without hope,” he explained. “Because before they lived under the illusion — well, the false hope — that once they make it, then they’ll be happy.”

Sometimes we are so intensely focused on one aspect of life to the detriment of other needs in our lives. If we turn back to those other demands, it’s all too easy to feel inadequate when other areas of our lives are suffering when we hit just a single goal. Life becomes unbalanced.

Basecamp founder Jason Fried says he never sets goals. “A goal is something that goes away when you hit it,” he said. “Once you’ve reached it, it’s gone. You could always set another one, but I just don’t function in steps like that.”

Accomplishing any goal (getting a promotion, buying a house, etc.) also comes with consequences we may not always see coming — which often brings much more work than sheer happiness.

In many cases, achieving a goal usually reveals another even more challenging goal. The pursuit of goals never ends.

“Life is a process of replacing one anxiety and one desire with another. No goal spares us renewed goal seeking. The only stable element in our lives is craving: the only destination is the journey,” writes The School of Life.

The solution proposed by Tal Ben-Shahar is to take pleasure in the progression towards goal achievement (known as the pre-goal-attainment positive effect). When you focus on the process and enjoy it, you take pleasure from the atmosphere of growth.

In his book “The Wanderer and His Shadow,” Friedrich Nietzsche once said, “End and Goal: Not every end is a goal. The end of a melody is not its goal; but nonetheless, if the melody had not reached its end it would not have reached its goal either. A parable.”

We should naturally try to give the journey to a goal more attention. In fact, working toward a goal can be a more powerful source of happiness than hitting it. It pays to look for happiness in the atmosphere of growth afforded by making gradual progress toward a goal.

As humans, we need to feel like we’re on a meaningful journey, and that we’re growing and constantly improving ourselves. Choose your goals prudently, if you must.

It’s easy to ignore the process and focus on the big picture. The arrival fallacy trap is the reason you daydream of when you will get a promotion, buy a house, or get a bonus. It’s the reason you are still too focused on getting that book published.

The only thing that will make you truly happy is to enjoy the simple daily actions that are helping you make real progress in life and career. Ben-Shahar writes:

“Attaining lasting happiness requires that we enjoy the journey on our way toward a destination we deem valuable. Happiness is not about making it to the peak of the mountain nor is it about climbing aimlessly around the mountain; happiness is the experience of climbing toward the peak.”

Acknowledging the arrival fallacy does not mean you should settle for a life of mediocrity without purpose. “We need to have goals,” Dr. Ben-Shahar said. “We need to think about the future.” His advice is to layout multiple concurrent goals, both in and out of your work life.

And then, enjoy the journey every step of the way toward something meaningful to you. Focus on the process of achieving goals, rather than fixating only on the endpoint.