Congresswoman Katie Porter “secured a commitment from a high-level Trump official that they’d actually do it.” 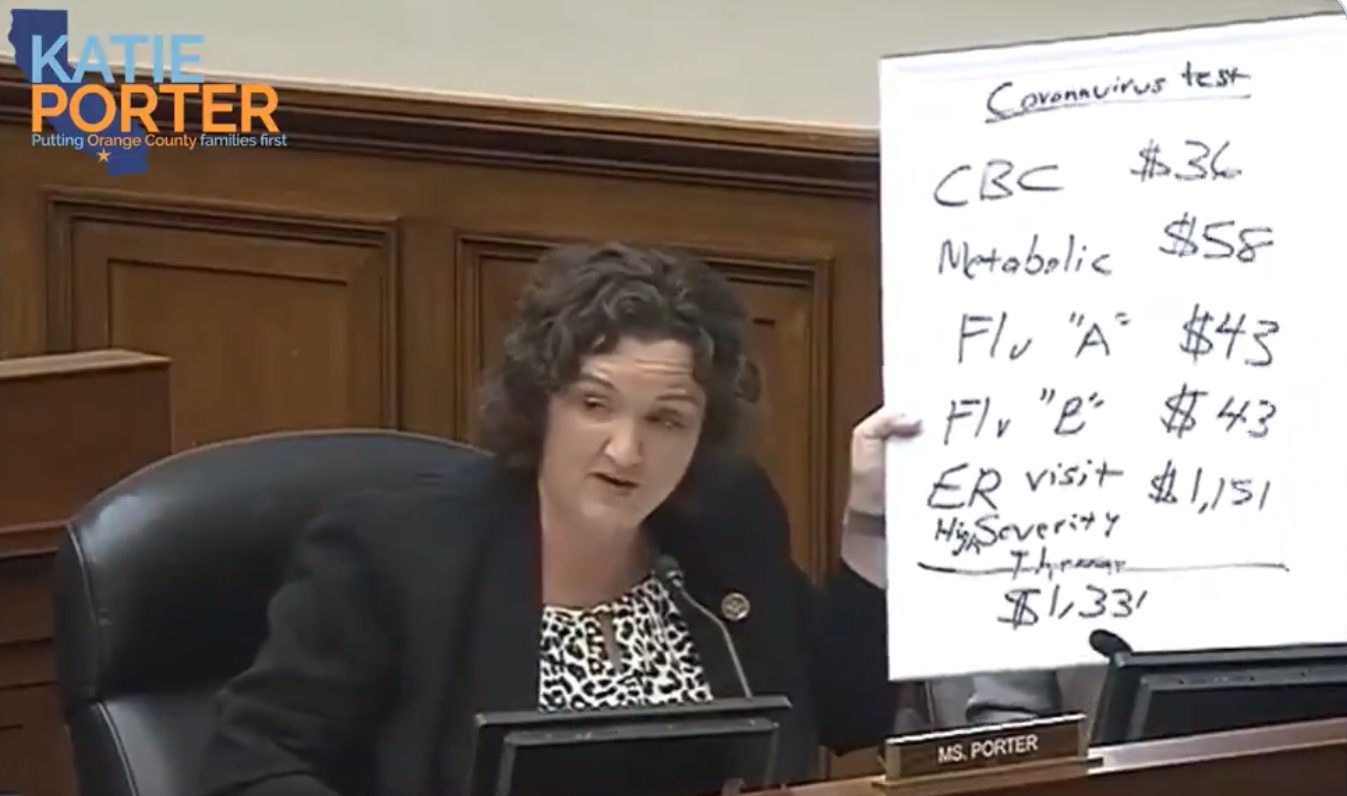 Be sure to watch this short, important video of Representative Katie Porter (California District 45) holding virologist and current Director of the Centers for Disease Control and Prevention Dr. Robert R. Redfield firm to elicit a commitment from him to exercise his authority to grant free testing to every American.

I did the math: a full battery of coronavirus testing costs at minimum $1,331.

I also did the legal research: the Administration has the authority to make testing free for every American TODAY.

I secured a commitment from a high-level Trump official that they’d actually do it. pic.twitter.com/RmolCtmNbG

If you think you may have been exposed to Coronavirus, call your doctor’s office to find out about free testing.

Read updates about COVID-19 from

the Centers for Disease Control

and the World Health Organization.

In Washington, Congresswoman Porter has remained committed to putting Orange County families first. As a member of House Financial Services Committee, she’s asked tough questions of bank CEOs and administration officials to hold them accountable to the American people. She has also been a key supporter of legislation to reduce the influence of dark money in politics and restore ethics to Washington.

As a single working mom, Rep. Porter knows firsthand about the challenges faced by working families. She’s introduced bipartisan legislation to allow families to allow families to set aside more pre-tax income for dependent care. She’s continued to press for a repeal of the limits on the State and Local Tax (SALT) deduction, which has hit California’s middle-class families especially hard.

Before coming to Congress, Porter spent nearly two decades taking on the special interests that dominate American politics and drown out the voices of working families. As California’s independent watchdog against the banks, she made sure the big banks that had cheated Orange County homeowners followed through on their promise to help affected families get back on their feet. As a consumer finance expert, Congresswoman Porter also helped Congress pass the original Credit CARD Act in 2009, which enacted federal protections from abusive credit card fees.