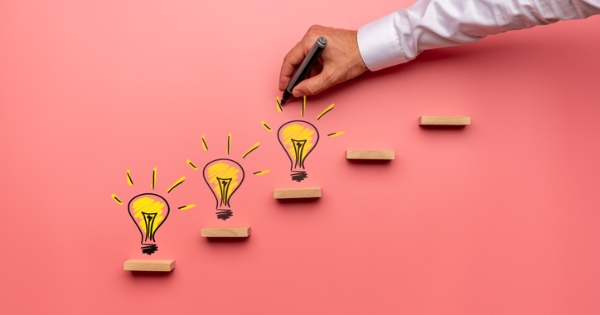 —
According to Leonardo da Vinci, “Simplification is the ultimate sophistication.” Seems Einstein agreed with him as he said, “Genius is making complex ideas simple, not making simple ideas complex.” I have found that there is genius in simplicity. Any fool can make things complicated, but it takes a stroke of genius to make the complicated simple.

Having spent over 10,000 hours studying time management and productivity, I have found the greatest productivity secrets are also the simplest. There are complicated calendar systems and clever to-do apps, but for me, a pen and a piece of paperwork just fine.

Along those lines, I decided to put together my favorites. I call them the seven simplest, most life-changing productivity tips ever.

Back in 1902, an Italian economist named Vilfredo Pareto stumbled upon one of the greatest productivity secrets ever which is more commonly known today as the 80/20 rule. He actually discovered it in his garden as 20% of his pea pods yielded 80% of the peas. He later applied the same concept to the land distribution in Italy and realized that 20% of the population owned 80% of the land.

Since that time people have observed this statistical distribution exists in any number of areas, everything from clothing to language to success. That’s why it’s critical that we understand what the critical few in all of our endeavors.

Most people erroneously think the secret to success is doing more. Reading more books, learning more skills, getting more clients, connecting with more people. But applying the 80/20 we should learn to focus on the 20% that yields the greatest results. It’s not about reading more books but reading the right books. It’s not about getting more clients, but about getting good clients.

Hal Enrod is the bestselling author of the Miracle Morning series. Essentially it boils down to one simple concept – spending an hour each morning working on your success. That includes preparing our body and mind for the day ahead. Part physical, part mental. Nearly every successful person I’ve talked to has their own variation on this concept. Personally, I like to do some yoga and a little light reading, but I admit if there was a rock-climbing gym nearby, I’d shove in my Ear Pods and digest the audiobooks while shredding my hands. The bottom line is this – you’ve got to have a system that sets you up for success and it should be done during the golden hour if at all possible (5 am-6 am)

#3 The 5 Categories of time

In my first book, iSucceed, I mentioned Steven Covey’s four quadrants of time. However, subsequently, I have come to realize that there are actually five categories.

– Important and urgent
– Important but not urgent
– Urgent but not important
– Busy work
– Wasted time
The key is learning to spend more of our time in the second tier, those things that are important but not urgent. Too many people spend most of their time in the bottom three tiers to look productive. However, if we apply Pareto’s Principle (see item #1) to the concept of time, we need to understand that 20% of what we do achieves 80% of our results. Despite what people might say, it’s not about doing more, it’s about doing more of the right things.

This concept alone has saved me thousands upon thousands of hours and has helped me get through more material in two years than I did in the previous twenty. Chunking is not multitasking, but doing two complementary tasks at the same time that don’t detract from one another in a significant way. I tell clients to simply change their daily dose of music on their commute into personal development material. Successful people in all different walks of life have taken the time to put their knowledge in audio format.

It’s not very environmentally friendly of me to say this, but there is magic in writing. Science agrees with me. By simply using a pen and paper students benefitted more both in the short-term and long-term compared to their laptop compatriots. As the late great American business philosopher Jim Rohn used to say, “Learn to think on paper.”

Brian Tracy’s bestselling book, Eat that Frog, is about one simple concept – to start your day with the biggest, most important (and most dreaded) task. It’s also the task you are most likely to procrastinate on. In doing so, you’ll have a deep sense of satisfaction even if it’s all you get done that day. The problem is most people put off the things they dread the most and go on about their days. Deep down they know they should be doing it and as a result, find it difficult to focus completely on other tasks.

There is magic in the word “No.” Yeses can lock you into all sorts of commitments you really shouldn’t have made to begin with. In my youth, I said yes to all sorts of things, only to regret it later. People took advantage of me and I paid the price. As I’ve gotten older, I’ve started guarding my time with no’s. Today, no is my default answer, though I phrase it nicely. Something along the lines of “I don’t think I’ll be able to, but if things change, I’ll let you know.” It gives me the ability to revisit it later if I so choose without overcommitting myself. Try it, you’ll be surprised just how freeing a no can be.