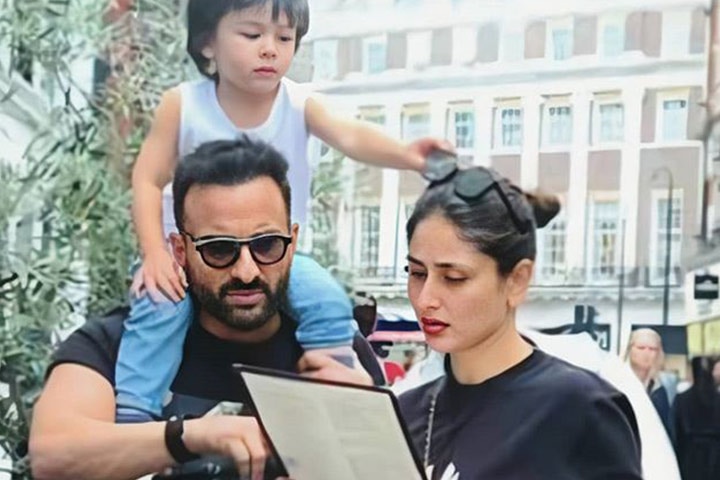 Amid this frantic fear of coronavirus, smiles returned to the faces of Taimur fan following when he was seen making adorably cute faces at the paparazzi.

This three-year-old celebrity is known for his amusing reactions to the camera crew that is perpetually camping outside his house. Taimur’s father, Saif Ali Khan, recently revealed in an interview that Taimur even has a term of endearment for this crew. He calls them “mediawale”. Isn’t that cute? 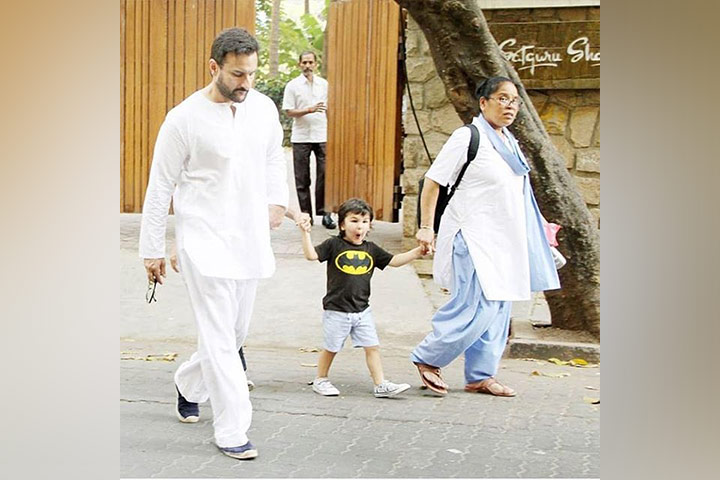 The latest video of Taimur has popped up on social media where the internet star is making funny faces at the paparazzi. The three-year-old was shot while he was out for a stroll with his father and two other caretakers. The group was crossing the road, and as Taimur passed by he was seen to make weird faces at the paparazzi. While Taimur was dressed in a black batman t-shirt, Saif Ali Kan donned a white kurta pajama.

This is not the first instance where Taimur has been trending on social media. On one such occasion, Taimur, accompanied by his mother, Kareena Kapoor Khan, and his grandmother, Babita, called out to the paparazzi busy clicking their photos. It is so adorable the way he shouts out, “Aey, bhai log”. While you can see Kareena Kapoor restraining her reaction, Babita is seen to be laughing at the cuteness factor of her grandson.

In another instance, Taimur was seen running away from his nanny to meet his media friends. Unlike, most other celebrities, Taimur is genuinely excited to see his media friends waiting for him outside his house. According to his parents, Taimur or Tim-Tim, as he is lovingly called, is more media-savvy than his parents.

Why shouldn’t he be? After all, every moment since his birth has been privy to the fan following of Saif Ali Khan and Kareena Kapoor. Not only is he the son of this celebrity power couple, but he is also a member of both the royal Pataudi family and the Kapoor dynasty. In this day and age of social media, Taimur’s childhood moments are recorded religiously by either his family members or the paparazzi. Therefore, followed respectively by the wide-net of the following that also includes his own fans.

So now when Saif Ali Khan asks Taimur where is the media, the cute three-year-old points out the window. Saif Ali Khan realizes how big of an internet celebrity Taimur has grown to be. However, he voices his concerns about the overwhelming attention Taimur is subjected to. The actor has revealed that he wishes that as Taimur grows up he develops humility despite this attention. He hopes that his son grows more conscious and conscientious than his father in the early days of his career. This month, Kareena Kapoor Khan shared a beautiful monochrome mother-son portrait on her Instagram account. While Taimur was in focus, Kareena could be seen in the background, her watchful eyes glowing with motherly love. The caption read, “The only one I will ever allow to steal my frame.” In an interview, Kareena has revealed how much she worries about the constant media pressure on her three-year-old. She frets that this kind of attention may hinder the normal upbringing she wants to bestow on her precious.

Recently, the family was seen sporting identical “Ramone” t-shirts on different occasions. It was such a lovely gesture, a symbol of family togetherness without the care of publicity. It’s a different thing that the media and the fan following had the sharp eye to notice it. The reason being the immense popularity of this three-year-old celebrity. We love that we can get such amusing reactions from Taimur, while other celebrities treat it as a job, if not a nuisance. The nation as a whole has watched him grow up since the day he was born. Hopefully, we will see more of Taimur as he buds into the gentleman his parents desire him to be.