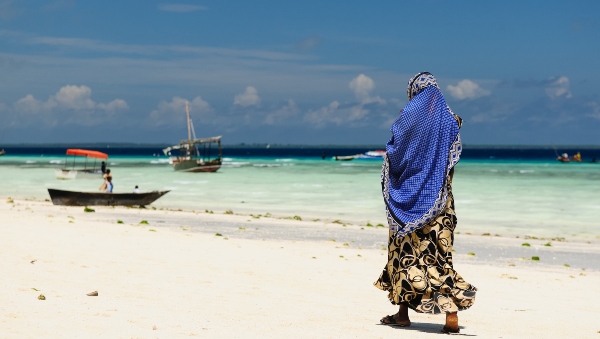 This year World Oceans Day (8 June) focuses on promoting gender equality in all ocean-related activities. Eugenia Merayo looks at the challenges women face – and says a sustainable blue economy must involve the active representation and participation of both women and men at all levels.

Momentum is building for exploring how the blue economy – sustainable use of marine resources that supports economic growth and improves livelihoods – can benefit vulnerable coastal communities.

For billions of people the ocean is a life-support system – providing food, jobs and resources. Spanning economically important sectors, such as fisheries, maritime shipping, deep-sea mining, renewable energy and tourism, the potential return on investment in the blue economy is huge.

Indeed, international interest is growing fast. Late last year the Kenyan government – alongside Canada and Japan – brought together more than 15,000 people from 183 countries to explore how to embrace the full potential of a sustainable blue economy.

As the buzz around the social and economic benefits of ‘blue growth’ builds, calls for gender equality to be an integral part of this economic opportunity are becoming louder. Growing pressure for gender to be prominent in research and policy agendas – for example the UN’s Sustainable Development Goal 5 – is helping to push the issue into blue economy conversations.

And this year, gender equality is the focus of World Oceans Day. The aim is to raise awareness and promote gender equality in ocean-related research, management and policymaking. But there is still a long way to go.

No drop in the ocean

The role of women and men in the blue economy – and the challenges they face – are different. Fisheries is often seen as a male-dominated sector and women’s contribution as minimal. Where women are involved, this is linked to processing and trade.

This picture does not reflect reality. Work done by women extends along the entire supply chain. For example, they are actively involved in pre-harvest activities such as preparing bait and mending nets. Harvesting activities typically take place in shallow waters near shore, where women glean smaller fish, crustaceans and invertebrates. While not part of commercial fishing, these catches are crucial for family nutrition and supporting household income. In the Pacific Islands, for example, women are responsible for more than half of small-scale fishery catches.

Globally, they dominate the processing sector, both at small-scale and in industrial factories, where more than 85% of the workforce is female.

Across Asia, women’s engagement in fisheries is widespread, including selling fish door-to-door or at local markets. In some African countries, such as Ghana where women handle 90% of small-scale fisheries production, women are becoming trade entrepreneurs (‘fish mammies’) who may also own boats and provide informal credit.

While women play a pivotal role in fisheries, they are often found in the lowest positions. Jobs are underpaid or informal, temporary or part-time. Very rarely are women seen in managerial and decision-making roles. They struggle to access resources vital for economic betterment, such as capital or credit or training opportunities.

Social norms that relegate women to the domestic sphere and exclude them from engaging in traditionally male activities bring further challenge. Household and childcare responsibilities restrict women to the home, limiting possibilities for diversifying livelihood opportunities.

Women are overlooked, undervalued and underestimated – and this finds its way into policymaking, where women’s contribution is rarely taken into account. Some policies that seek to modernise the fishery sector have, by failing to recognise the different roles of women and men, even ended up damaging women’s livelihoods.

Take, for example, Lake Victoria in Tanzania, where the expansion of the fish exports trade has led to the promotion of industrial fish processing factories. While these provide opportunities for wage workers, women in the informal and small-scale processing sector cannot compete with the prices factories are offering to fishers nor adapt to changing market demands – and have consequently lost their jobs.

In research and policymaking the gender dimension is often ignored, or becomes a “box ticking” exercise. Research projects or policy programmes that are supposedly “gender aware” frequently lack ambition or are limited in scope. If a project or programme does not address gender adequately, the views and needs of both women and men will not be captured. This risks exacerbating existing inequalities.

An inclusive blue economy must, by definition, place fairness and equity at its core. It must consider the different needs and challenges faced by women and men. Research that includes gender data disaggregation or women specific studies, while valuable, is not enough.

In research and policymaking, gender must be mainstreamed, from project inception and design to implementation, whether talking about fiscal policy and incentive-based management, or natural capital accounting, or impact investment or plastic pollution.

IIED’s strategy: embedding gender in everything we do

Gender equality and inclusion are fundamental to IIED’s work. In our 2019-24 strategy we commit to mainstreaming gender, internally – in how we operate as an institute – and externally, through project design, training and support. Participation and representation of women in research and policy, as active subjects of change, is essential.

It is an ambitious approach. It is challenging. It requires strong research and political commitment and wise allocation of time and resources. But there is no alternative: to achieve gender equality, we must mainstream gender in all our activities – for a better world where no one is left behind.