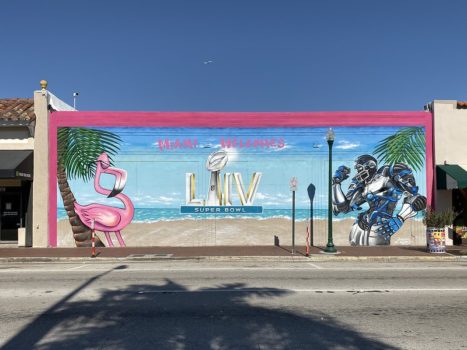 We LIV for this stuff. (See what we did there?!) And now it’s finally here. The Big Game. Well. Almost. This is how you do it. 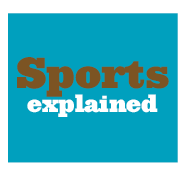 Thanks for joining us for the latest in our ‘Sports Explained’ series … This week (would you look at that timing!), we dive into Super Bowl LIV and the Art of the Super Bowl and Super Bowl Party!

As to football itself, here is our brief ‘Sports Explained’ video primer, as illustrated by a classic ‘Sports Goofy’ cartoon, where the “two teams resplendent in brilliant uniforms, create a riot of color and atmosphere unequaled by any other game on earth.” Sound familiar?!

Pre-Gaming: The Game Outside The Game:

But let’s be honest. (It is the best policy). Unless you are a rabid 49ers or Chiefs fan-type, you’re not really here for the sport of football itself, now are you? It is just as important to come up to speed on all of the key story lines.

Here are some answers to the three of the most frequently asked questions, three factoids to impress the guy in the retro football jersey (if you want to), three random facts for the casual fan, and four tidbits for those of you there just to watch the commercials (raise your hand…):

1. Why isn’t the day after the Super Bowl a holiday?

Really good question with no real answer. All the statistics point to a lack of productivity the Monday after the Super Bowl. According to Herald Mail Media, 1.5 million people will call in sick for the Super Bowl, with another 4.4 million showing up late.

In fact, the week leading up to the Super Bowl witnesses a $1.28 billion drop in productivity. That’s a lot of moolah.

2. Why should I care about the Super Bowl?

There are only a few events that bring all Americans together to celebrate: New Year’s Eve, Independence Day, and the Super Bowl. And not in that order. Everyone will be talking about the Super Bowl this week and next week.

Don’t be the one person who is at their desk twiddling their thumbs while everyone else is at the water cooler talking about that amazing game/commercial/party/guacamole.

I repeat. Do Not Be That Person.

3. Can I bet on this thing? How silly can these bets get?

In fact…you can. And very silly.

Three Factoids to Impress the Guy in the Retro Football Jersey:

1. Jimmy G: San Francisco quarterback Jimmy Garoppolo has only 26 regular-season starts in his career. But if he wins on Sunday, he will have three Super Bowl rings. He won two (in 2015 and 2017) with the New England Patriots while backing up Tom Brady.

2. Just win baby. Both Garoppolo and Kansas City quarterback Patrick Mahomes have done a lot of winning as starters, with a combined record of 51-13. Mahomes is 28–8 and Garoppolo is 23–5.

3. Red and Gold. The Niners and Chiefs are the only two teams in the NFL that use these colors, albeit different shades.

Three Tidbits for the commercial consumers, AKA, I’m just here for the party

1. FOX set 30-second ad rates at $5.6 million for the game, which is one of the only stages left “where you get 70% of the population watching.” Over 100 million people are expected to tune in. In the age of streaming and diverted attention spots, that’s a lot of eyeballs.

2. Some celebrities who are expected to make appearances in Super Bowl commercials include MC Hammer (!), Lil Nas X, and Sam Elliot.

3. If you just can’t wait and want to watch some of the leaked ads already, here you go friend. Have at it.

4. Halftime is going to be a BIG show, with both J-Lo and Shakira scheduled to perform. It promises to be an electric booty-shaking, no-hip-lying time for all!

Four Bits of Randomness that may or may not be true

•  If you go to a party, there will be one drunk who threatens the jolliness of your party, one guest who everyone wonders why they are there and 95% of the time; it will be the same person.

•  If you choose to stay at home and watch the game from the comfort of your couch, fabricated statistics show that 73% will fall asleep at least once during the game.

•  One person watching the game will look at his/her watch constantly and wonder internally and externally, how long is this game? Can we just get to Season 3 of The Masked Singer already? (Airing on FOX directly after the game!)

For those of you who want to get more advanced, and go deeper inside the story lines (impress your friends!), we’ve also got you covered. We’ve done this dance before.

Some of the big on-the-field questions, include:

Off the field, as always, topics include the nefarious subliminal power of the commercials (God, I’d really like to be munching on some Doritos, while sipping a Budweieser, all while hanging out tailgating in the bed of my All-American Ford Pickup Truck right now…), why Super Bowl parties are awesome, and how you as a fan can actually control the outcome of the game by making a simple virgin sacrifice. Wait, what!? How’d that get in there!?

Sadly, we do not have a fun “DeflateGate” kind of story this year. The unlimited media references to “balls” and “shrinkage” were pretty great. But Christmas can’t come every single year, you know.

Now about that Super Bowl Party you’re hosting…we like to keep it simple. So here are the basics for what you need.

The Basics for the Big Game:

1. A comfortable place to sit

2. Food. Copious, ridiculous amounts of it. A veritable cornucopia of snacks. 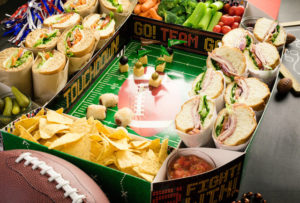 3. And a VERY large television. Very.

That one was for all you Dallas Cowboys fans out there!

Some Final Tips: Get Comfortable, Enjoy The Company of Friends and Family and ‘Swing Those Pants Baby!’

Most of all – whether its the friends, the entertainment spectacle, the sportsing, the commercials, or some other thing that does it for you, we hope you enjoy!

Shout out to my ‘Sports Explained’ partner in crime Wai Sallas who gave me input on this one. And every one. Well, we didn’t really talk. But in spirit.