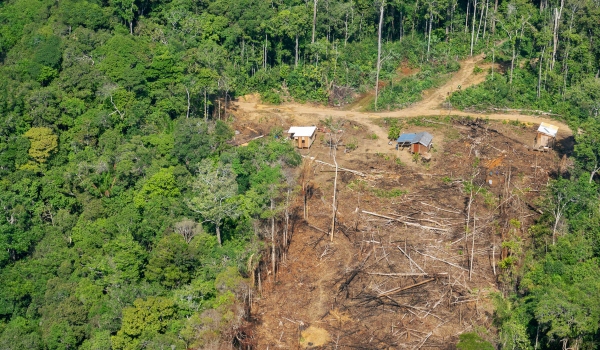 [SAO PAULO] Soy production is a booming business in Brazil’s Cerrado region. But urgent action is needed to halt its growth and prevent the industry destroying the area’s rich biodiversity, researchers warn.

A moratorium aimed at curbing the conversion of untouched parts of the Amazon rainforest into soy farmland has been in place since 2006, agreed by civil society groups, agribusinesses and the Brazilian government.

However, no such protection was afforded to the Cerrado, a biodiversity hot spot that stores 13.7 billion metric tonnes of carbon and covers some of Brazil’s largest river basins.

Indeed, the strategy, while helping to slow down deforestation in the Amazon, shifted the problem to the so-called Brazilian savannah, where the conversion of native vegetation to grain crops has greatly increased in recent years.

“Our projections suggest that the soybean area in Brazil will expand by 12.4 million hectares between 2021 and 2050.”
Aline Cristina Soterroni, International Institute for Applied Systems Analysis

The soybean production area in the Cerrado grew 253 per cent between 2000 and 2014, according to a new study published in the journal Science Advances.

The international team of researchers who conducted the study say extending the Amazon moratorium to the Cerrado from 2020 would help prevent a loss of 3.6 million hectares of native vegetation in the next 30 years.

They warn that replacing the Cerrado’s vegetation with soybean farms may lead to a total loss of its biodiversity and compromise water quality due to erosion, siltation and contamination. More than 4,800 endemic plant and vertebrate species living there would become extinct in the coming decades, the study predicts.

Almost 70 per cent of Brazil’s soybean production is exported worldwide. And nearly half of the crop — 48 per cent — is produced in the Cerrado, according to the Brazilian Institute of Geography and Statistics.

Aline Cristina Soterroni, of the International Institute for Applied Systems Analysis and lead author of the research, told SciDev.Net: “Our projections suggest that the soybean area in Brazil will expand by 12.4 million hectares between 2021 and 2050.”

“We estimate that 87 per cent of this expansion — approximately 10.8 million hectares — will occur in the Cerrado, mainly in the Matopiba area.”

That region has experienced the greatest growth of soybean crops in the Cerrado. Matopiba covers an area of 9.3 million hectares in eastern Brazil, spanning part of the states of Maranhão, Tocantins, Piauí and Bahia. The study notes that it also holds some of the last vestiges of the Cerrado’s original native vegetation.

“The soybeans moratorium would prevent untouched areas from being transformed into soybean crops,” Soterroni added. But if nothing is done, she warned, an area of the Cerrado half the size of Belgium will be lost in a decade.

To reach that estimate, her team used a model designed to represent the competition for land use in Brazil for livestock and agriculture.

This computational tool allowed them to model changes in land use in the country between 2000 and 2050, taking into account public policies such as the 2012 Forest Code and agreements such as the soybean moratorium in the Amazon.

Taking official agricultural production and deforestation data from between 2000 and 2015, researchers projected the potential impact of a Cerrado soy moratorium for the next three decades.

They found that by expanding the soybean moratorium to the Cerrado from 2020 would help prevent the conversion of 3.6 million hectares of native vegetation into crops by 2050.

Fernando Manuel Ramos, a mechanical aeronautical engineer at Brazil’s National Institute for Space Research, and one of the study’s authors, said: “If the implementation of this indefinite moratorium begins by 2025, Cerrado would lose [up to then] an average of 140,000 hectares per year.”

The importance of the Cerrado, and the urgency of preserving its native vegetation and biodiversity, has received increasing attention in recent years. Unlike the Amazon, where almost half of the environment is under some kind of protection, only 13 per cent of the Cerrado is protected.

Giselda Duringan, a forestry engineer at Brazil’s Forest Institute, in Sao Paulo, who did not participate in the research, told SciDev.Net: “If the variables feeding the model behave as expected, the numbers are encouraging about the size of the area that will not be converted if the soy moratorium extends to the Cerrado.
­­
“I would be very happy if we could get to zero Cerrado deforestation, but unfortunately, mathematical models cannot incorporate the thinking of landowners. That is why I fear that in the real world, it is not enough simply to have a soy moratorium, which could be agreed by a certain group of large companies, but not by all owners.”

This post was previously published on scidev.net and is republished here under a Creative Commons license