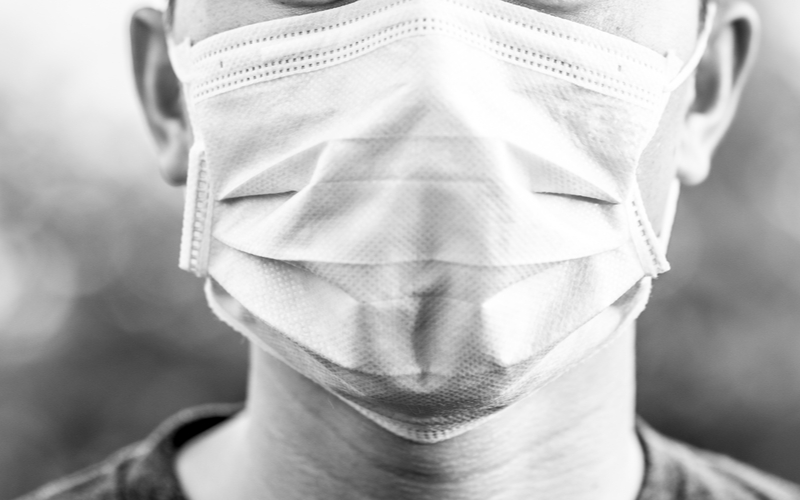 In 1979, William Styron wrote a novel about three people living in a Brooklyn boarding house. One is Sophie Zawistowski, who is Polish, Catholic, beautiful. And haunted. On the night she arrived at Auschwitz, a camp doctor gave her a terrible choice: one of her two children would die immediately by gassing, one would continue to live. She chose to sacrifice her eight-year-old daughter. Years later, in the United States, she sacrifices herself; she commits suicide. In 1982, Alan Pakula directed Meryl Steep in the film adaptation.

“Sophie’s Choice” comes to mind as the relevant metaphor for what is now happening.

TRUMP ISSUED AN EXECUTIVE ORDER
From the Washington Post:
President Trump on Tuesday evening issued an executive order that gives the federal government broad powers to ensure that meat and poultry processing plants remain open during the pandemic.

THE GOVERNOR OF IOWA GAVE WORKERS A TERRIBLE CHOICE: LOSE UNEMPLOYMENT BENEFITS IF THEY REFUSE TO RETURN TO JOBS
From the Hill:
“If you’re an employer and you offer to bring your employee back to work and they decide not to, that’s a voluntary quit,” Iowa Gov. Kim Reynolds (R) said Friday. “Therefore, they would not be eligible for unemployment money.”

Reynolds also said employers who have workers that refuse to return should file a report with Iowa Workforce Development. The only exception for workers getting unemployment after not returning to work is if they are ill with the virus or taking care of a family member who has the deadly disease.

The situation is similar for workers in Texas, where Gov. Greg Abbott on Monday gave the go-ahead for retail stores, restaurants, movie theaters and malls to reopen on Friday.

TEACHERS EYE STRIKES, PROTESTS IF SCHOOLS REOPEN WITHOUT SAFETY MEASURES
From the Hill:
Federal guidelines call for reopening schools at governors’ discretion after a month of decreases in cases. The nation’s two biggest teachers’ unions say they are prepared to call for strikes or pickets if states reopen schools without taking proper health precautions.

American Federation of Teachers (AFT) president Randi Weingarten: “If schools are reopened without sufficient safety measures, you scream bloody murder. And you do everything you can to … use your public megaphones.”

PRESIDENT TRUMP’S WEST POINT COMMENCEMENT SPEECH WILL REQUIRE 1,000 CADETS TO RETURN TO CAMPUS
From Yahoo:
This is the money quote: “He is the commander in chief,” retired Col. Jack Jacobs says. “You have two choices: you either follow the order or you resign.”

Then I read this:

AN ALASKA SCHOOL BOARD REMOVES BOOKS
From NBC News:
The school board removed “I Know Why the Caged Bird Sings,” “Great Gatsby,” “Catch-22,” “The Things They Carried,” and “Invisible Man.” They could harm students, the board told NBC.

I knew immediately the book you might read: “The Things They Carried,” by Tim O’Brien. [For my review and Amazon links, click here.}

The meaning of the title? O’Brien spells it out:

Every third or fourth man carried a claymore antipersonnel mine, 3.5 pounds with its firing device. They all carried fragmentation grenades, 14 ounces each. They all carried at least one M-18 colored smoke grenade, 24 ounces. Some carried CS or tear gas grenades. Some carried white phosphorous grenades. They carried all they could bear and then some, including a silent awe for the terrible power of the things they carried.

The story that resonates most for me is “On the Rainy River.” In it, O’Brien tries to figure out whether to flee to Canada or face his fate in Vietnam. He has a summer job in his home town in Minnesota; abruptly, he flees and drives north, north toward the border. He gets as far as a lodge before he runs out of courage. No one is there but the aged proprietor, who instinctively knows that this young man is in the throes of crisis.

The old man doesn’t invite O’Brien to talk about his “problem,” in that new-fangled Oprah way. He just takes him out fishing, and pretends not to notice that O’Brien is weeping. But his silence means everything: O’Brien makes his decision, and, even more, knows why he made it.

The day was cloudy. I passed through towns with familiar names, through the pine forests and down to the prairie, and then to Vietnam, where I was a soldier. I survived, but it’s not a happy ending. I was a coward. I went to the war.

“I was a coward. I went to the war.” Those two sentences haunted me when I read the book. They haunt me now. Just with a different cast: The cowards are everyone in the government who kneels to Trump. They send workers out to fight and possibly die without heavy weapons in packs –- just masks.

We’re the lucky ones, we of the good homes and food in the pantry and more than $400 in the bank. Our cowardice only kicks in when we don’t resist. And what is resistance? Don’t follow orders. Don’t participate in the grand-reopening. Don’t buy a single thing you don’t need, no matter how much it’s discounted. If you can, help the poor and hungry. Above all, stay home. We need every smart one of you to be breathing when it gets worse. Which, sadly, inevitably, it will.

ESSENTIALS AND DISPATCHES
Everything, all in one place.
UPDATE: EO Hand Soap is available again.
UPDATE: I spoke with a NYC lung specialist. He endorses Vitamin D, but warns you not to double/triple dose. In large doses, Vitamin D becomes toxic.