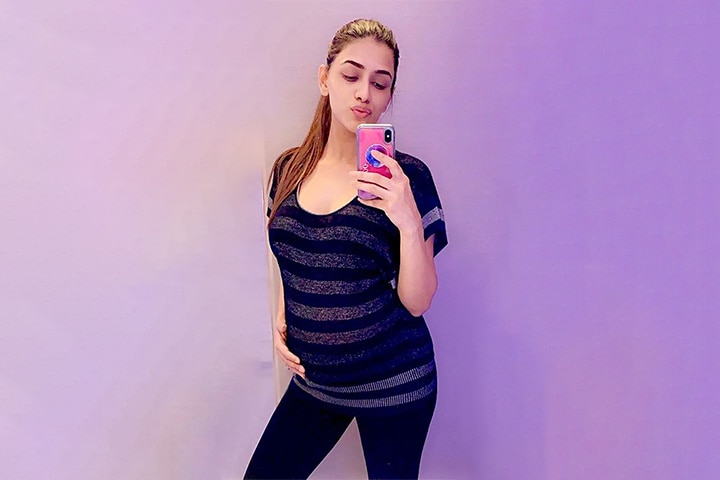 Pregnancy is one of the most precious moments of a woman’s life, but it also comes with several highs and lows. The pregnancy weight gain, sleepless nights, weird cravings, morning sickness, and extreme mood swings; everything seems worth it in the end when you feel the baby kick for the first time. The realization hits you that it won’t be long before you can hold your little munchkin in your arms. However, things have changed drastically in the last few weeks as the world is fighting a pandemic that is claiming thousands of lives every single day. People all over the world are scared for their lives and the situation only seems to be getting worse in some corners of the world. And this can be a particularly scary time for pregnant women as this is not how one would have hoped to welcome their child into the world. In such times of chaos and panic, television actress and mom-to-be, Smriti Khanna has shared a heartfelt note for her baby, also reminding every pregnant woman that they are not fighting this battle alone.

The gorgeous television actress Smriti Khanna and her beau Gautam Gupta have been setting major relationship goals ever since they made it official in November 2017. Fast forward to two years, the duo broke the news of their pregnancy in December last year by sharing a cute video of the two fighting over balloons wearing sashes that said mom-to-be and super-dad-to-be.

The celebrity mom recently took to her social media handle to share a pic of the pregnancy bump along with a heartfelt note. In her post which is addressed to her baby, she asks her tiny tot to stay in her tummy just for a few more days as the world is dealing with a crazy situation amid coronavirus outbreak. She continues her post by saying that though she is uncertain about the future, she is sure her baby is a strong one already. Looking at the positive side of things, the actress says that her baby will be born in a time when the world is learning a new way of life, which isn’t so bad. Talking about the baby kicks and movements, the mom-to-be says that every roll, kick, and movement of her baby is felt and adored by her mommy every day. She goes on to say that she hopes that her baby is feeling loved and celebrated every single day. Ending on a positive note, Smriti said that she empathizes with other mums who are going through a similar situation, which only adds to the anxiety and uncertainty felt during pregnancy. She concludes her post by saying that we can fight anything as long as we stand together in unity. 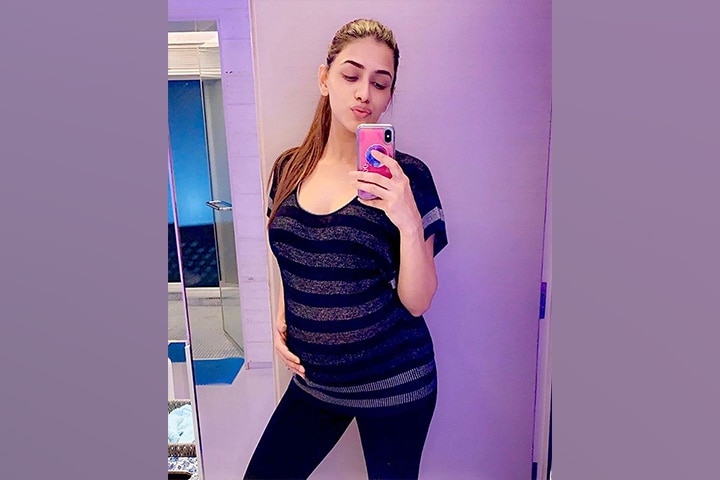 The expectant mum’s post, who is at the end of her third trimester, came as a relief to other pregnant women nearing their due date. Many women also expressed their concern about the pandemic as it is not a fairly good time to welcome their baby into the world. Some women also asked others to pray for them and hoped that things would get better.

A few weeks earlier, the actress also shared a video of her baby bump which was captioned as “Morning kicks”. In the video which was taken during her 8th month of pregnancy, we can see Smriti placing her hand on her belly as the baby continues to move inside the womb.

As pregnancy approaches the end, there is always an added excitement and anxiety about the due date. And it can get pretty overwhelming for a pregnant woman to figure everything out on her own. So, if you have a pregnant woman at home, make sure you do everything you can to make them feel relaxed and calm. And if you are pregnant yourself, don’t hesitate to seek help and emotional support from your family and friends. Remember, all you need to do is ask, and they would be happy to help.