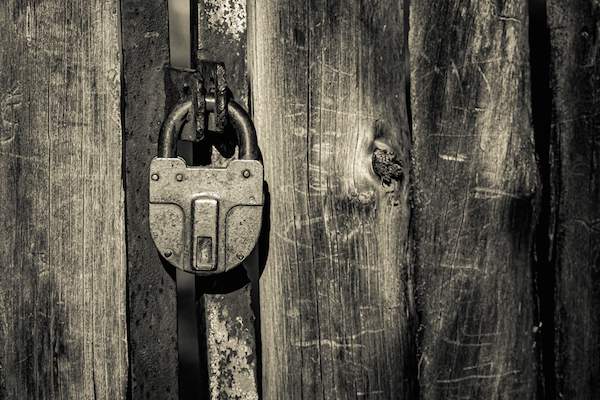 Some seemingly innocuous events reverberate through life, peeking their heads through the surface at the strangest times. Maybe it’s the extra Coronavirus induced introspection, I don’t know, but lately, I have been thinking about a subject that has bugged me for a quite a long time. The thread was pulled back in the spring of 2012. I had traveled to the Washington, DC area for my cousin’s wedding and was at the big family dinner the evening before the main event. I had recently been reacquainted with this side of the family, myself not being close to my own family for various reasons. It was a massive affair; we basically had a whole wing of Theismann’s to ourselves.

Sitting next to me was a distant relative of mine. He definitely drew the long straw compared to me. Standing over six feet tall, he was handsome, had a beautiful wife, three amazing kids, and just generally seemed well put together. We started chatting and hit it off. But one of the subjects we talked about has stuck with me ever since. That whole side of my family is fairly religious, while I myself am an Atheist, so at first, the subject seemed kind of silly, but there are nuggets of wisdom in everything if we look hard enough. He expressed concern to me about some passages in the Bible he had read, specifically from Deuteronomy and Exodus. They had to do with the sins of the parents and the punishment of their children until the third and fourth generation.

We talked at length about this and I did my best to reassure him that he doesn’t inherit the sins of his own father, just as his children won’t inherit his sins. We all have free will, and we can make our own decisions, and it’s just plain not fair to be judged by the actions of others. I told him my own story of my parents, drug addicts with mental issues, and how, if those Bible verses were true, I was totally screwed! I would like to think that I reassured him a bit, seeing that even our own lives are punctuated by ups and downs and that if we continue to make good decisions, past transgressions should be forgiven and, if not forgotten, at least remembered as a lesson.

I have thought about our conversation many times since then, and as someone who is not religious, I don’t believe in the Biblical concept of sin. There are, however, other things that move across generations to be concerned about, namely genetics. During the time I visited my cousin I had been meeting with a specialist in Autism. My son, then two, had recently been diagnosed and, thinking back through my life, it only made sense that Autism was a genetic component in my family. My younger brother was almost textbook Asperger’s growing up, although he has never been diagnosed with any spectrum disorder. He went through a phase as a young child, just like my son did, where he would repeat back everything said to him. This is called Echolalia and is a telltale sign of Autism Spectrum Disorder (ASD).

Other signs are emotional regulation and sensory issues, and intense, obsessive interests in certain things. I thought about my father, who was a talented artist. He specialized in pointillism, drawing using nothing but a multitude of dots, which, from a distance, forms a coherent picture. He was prolific while I was a teenager, but he also had other issues. Substance abuse was one, and that’s another of the so-called sins that have been perpetuating through the generations of my family. The main one, though, the one I remember the most, was his emotions. He was just a generally angry person who would hit us and spank us for minor transgressions. And during the build-up to a spanking, all I can remember is his rage. We were a poor family, and my parents decided to have five children in a six-year span, and it was hard not to think that we were the cause, not only of our poverty but the source of our parent’s rage and neglect.

Eventually, I was diagnosed with PDD-NOS (Pervasive Developmental Disorder – Not Otherwise Specified), which is normally a “high” functioning version of ASD. That didn’t help me out very much when I was a child, however. Growing up, I inherited my father’s propensity for rage, and hormones from puberty exacerbated the issues. Bullies knew I was quick to light off, so they would push my buttons until I snapped, and usually, I would be the one to get in trouble. Having a social disability and trying to make it through the day with hormonal kids, not to mention my less-than-stellar family situation, didn’t help ant all. 8th grade was the worst time of my life, and one day I finally snapped and threw my empty juice carton at a lunchroom monitor. The cops were called, and I was hauled off in handcuffs to the juvenile detention center on the charge of aggravated battery.

It’s always been a struggle to control my rage. At the age of 20, I was delivering pizzas and had been having car trouble. The car I had been using fell apart from rust and had just bought another beater, and again I was having problems and lost it again. I kicked the car door, scuffing the paint, and while I was inside my place I was slamming doors and knocking stuff over. I knew the rage was controlling me. I was feeling the same feelings I had when my dad was in his rage states, and I knew that it wasn’t healthy, so I pledged that after that I would do my best not to let my anger take over.

My son was born when I was 29, and by then I had vowed to myself that I would do my best not to lose my shit on my son as my dad did with me. I never, ever want my son to live in fear like the fear I had for my own father, and while I’ve occasionally raised my voice in frustration, I have never laid a finger on my son in a rage, and do my best to remain calm through this emotional storms. But now that he’s getting older, I see the same rage inside of him. His autism diagnosis makes it hard for him to keep it together in a day-long social environment, and that along with occasional sensory issues, well, sometimes he loses his shit, just like I did and just as my father did.

And that is what scares me about the “sins of our father’s” thing. My dad passed his genes to me, to which I passed along to my son. I had a difficult time in life, partly due to the Autism genes he passed along to me. My son will have a difficult time in life to the Autism genes I passed along to him. He didn’t ask to be cursed like he is. I didn’t ask to be cursed like I am. While we can’t control the genes we pass along to our children, we CAN control our actions and how we deal with the repercussions. My son was diagnosed early, is on an IEP at school, and has a lot of people in the school system there to help him traverse life on the spectrum. I wasn’t diagnosed until I was 30, so I never had that. My father never had that. I hope that the help my son gets through the system, along with love and support from me and his mother, are going to be good enough to get him through to adulthood because he’s smart as a whip and the world will be his oyster once he makes it through puberty and the teen years.

We all have “sins”, whether they are our actions, bad genes we pass along, or addictive tendencies. And in today’s technological world, we have the tools to detect genetic diseases. Should we feel guilty for having children knowing they will inherit our sins? What if our genes tell us our children may get cancer, cystic fibrosis, alcohol addiction, or, as in my case, Autism? The future is never certain, and our destiny isn’t written into our DNA. We can’t feel guilty for the blueprints we were given and that we pass along. We are all responsible, though, for how we conduct ourselves, and by extent, how we raise our children. As long as we do what we can to mitigate the effects of our genetic “sins” and raise our children with patience, understanding, and love, everything will be alright. And, to my distant relative, I spoke with many years ago, who is tall, handsome, athletic, well-to-do, and is a loving, doting father, I’d say he’s doing fine and doesn’t have to worry about a damn thing, let alone passing his “sins” along to his wonderful children.