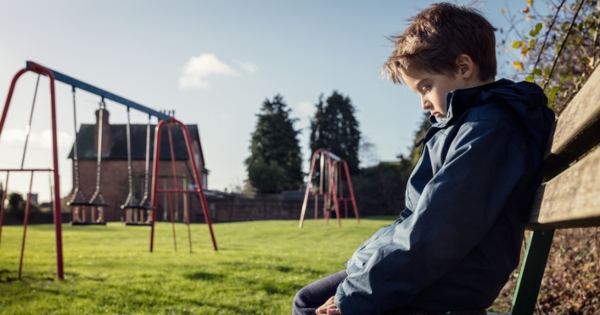 —
My wife and I began homeschooling our youngest son, Sawyer, when he was twelve. Though staffed with able and

dedicated teachers, because he was significantly behind his peers socially, the public school he’d been attending overwhelmed him. He’d spent his years in elementary school in a kind of self-imposed bubble, rarely interacting with us at home, let alone other kids on the playground. By the time he got interested socializing, it was as if the world was moving too fast for him. Every day was like joining a game of soccer where the other players had been competing all their life and he had just learned how to kick the ball.

Once we brought him home, his world got quite small. Mostly it was just his mother and I and his older brother, Max, until Max went off to college. In fact, on most days he couldn’t wait to get away from us and retreat to his bedroom where he could be alone with his video games and YouTube. His desire to retreat when most kids his age were eager to explore concerned me simply because it was so completely different than my own experience growing up, but I also sensed that it was necessary.

I thought of this time like practicing scales on the piano. If you want to learn to play, you can’t jump straight into a Beethoven concerto. You’ll feel like a failure simply because the music is beyond your learning. You have to practice and practice the easy stuff before you can try the hard stuff. This is obvious with sports and music, not so much with socializing, which is usually learned organically and with your peers as teachers. Yet practicing is what we were doing, creating the easiest social environment we could for him to find his chops.

Which, very slowly, he did. He began making friends online, first with text messages, and later voice-to-voice over Discord servers. Eventually, every time he heard me grab my keys to go to run and errand, he’d jump from out his room, eager to join me. Now he wants a girlfriend, and a job. Recently he even told me, “I like my bubble, but I need to get out of it.”

Looking back, I realized we had essentially created a “safe space” for him. When I first heard that term, especially applied to college students, I was contemptuous. “Oh, just grow up,” I thought. “Quit looking to others to take care of you and learn to do it yourself.” But it’s always easiest to feel contempt for anyone you don’t know. Some of Sawyer’s extended family were more worried for him than we were. Even from their relatively close distance, it appeared his shelter wasn’t teaching him, was only giving shade where sunlight was needed. They could not always see the growth that slowly, gradually, steadily occurring.

Helping Sawyer in this way, however, taught me that a safe space is a temporary solution to a permanent condition–namely, the ceaseless, every day, moment-to-moment challenge of feeling safe and calm and competent and able in the world. It is a world where you cannot control who you meet or what is said; a world where the weather changes, and the government changes, and people change, and even your desires and interests change.

Safety is ultimately an inside-out-job. Locks and guns can’t make you feel safe, nor can social quarantine. Nothing can hold the world in place; it will turn and turn and turn forever. I have a more compassion now for those people who horde weapons or demand a special room at a university. Eventually, however, everyone has to learn to find safety in the one place that doesn’t move or change–doesn’t change no matter where I live, or how I’ve grown, or whether I succeed or fail. It always there, waiting for me to find it.

What’s Next? Talk with others. Take action.

We are proud of our SOCIAL INTEREST GROUPS—WEEKLY PHONE CALLS to discuss, gain insights, build communities— and help solve some of the most difficult challenges the world has today. Calls are for Members Only (although you can join the first call for free). Not yet a member of The Good Men Project? Join below!

All levels get to view The Good Men Project site AD-FREE.

Please note: If you are already a writer/contributor at The Good Men Project, log in here before registering. (Request a new password if needed).

ANNUAL PLATINUM membership ($50 per year) includes:
1. AN ALL ACCESS PASS — Join ANY and ALL of our weekly calls, Social Interest Groups, classes, workshops, and private Facebook groups. We have at least one group phone call or online class every day of the week.
2. See the website with no ads when logged in!
3. MEMBER commenting badge.
***
ANNUAL GOLD membership ($25 per year) includes all the benefits above — but only ONE Weekly Social Interest Group and ONE class.
***
ANNUAL BRONZE membership ($12 per year) is great if you are not ready to join the full conversation but want to support our mission anyway. You’ll still get a BRONZE commenting badge, and you can pop into any of our weekly Friday Calls with the Publisher when you have time. This is for people who believe—like we do—that this conversation about men and changing roles and goodness in the 21st century is one of the most important conversations you can have today.

We have pioneered the largest worldwide conversation about what it means to be a good man in the 21st century. Your support of our work is inspiring and invaluable.
—